KALAMAZOO, Mich. — CLS, a supplier of linen, uniforms, and facility products throughout Michigan’s lower peninsula, reports that it is celebrating its 123rd anniversary.

“We are thrilled that the communities we serve have worked with us to make this happen,” the company says.

“Our 123rd anniversary is a celebration of you as much as it is about CLS. It’s also an opportunity to look back on how we got here and why our service works for our clients.”

CLS started as Kalamazoo Laundry Company in 1899. Originally, it operated with horse-drawn carriages and individual ironing boards and hand irons.

“The roads around us weren’t paved, our loads were much smaller and we sorted everything by hand,” shares CLS. “We even used to provide personal laundry services to households.”

Ted Vander Meer, who used to work in several capacities at Kalamazoo Laundry Company, purchased it outright in 1963.

The name was changed shortly thereafter to Continental Linen Service and later CLS in 1999 as it expanded its uniform rental service. Ted has since passed the company on to his children and granddaughter.

The company says it has survived pandemics, wars, depressions and many other challenges due to the support of its customers.

While CLS is celebrating 123 years, it is also preparing for the future.

The company began 2022 by making additions to its Manchester Road plant in Kalamazoo, increasing its size by 11,000 square feet.

Washroom capacity will increase by 50% thanks to a monorail and some new equipment, speeding up and enhancing CLS’s laundry processes. 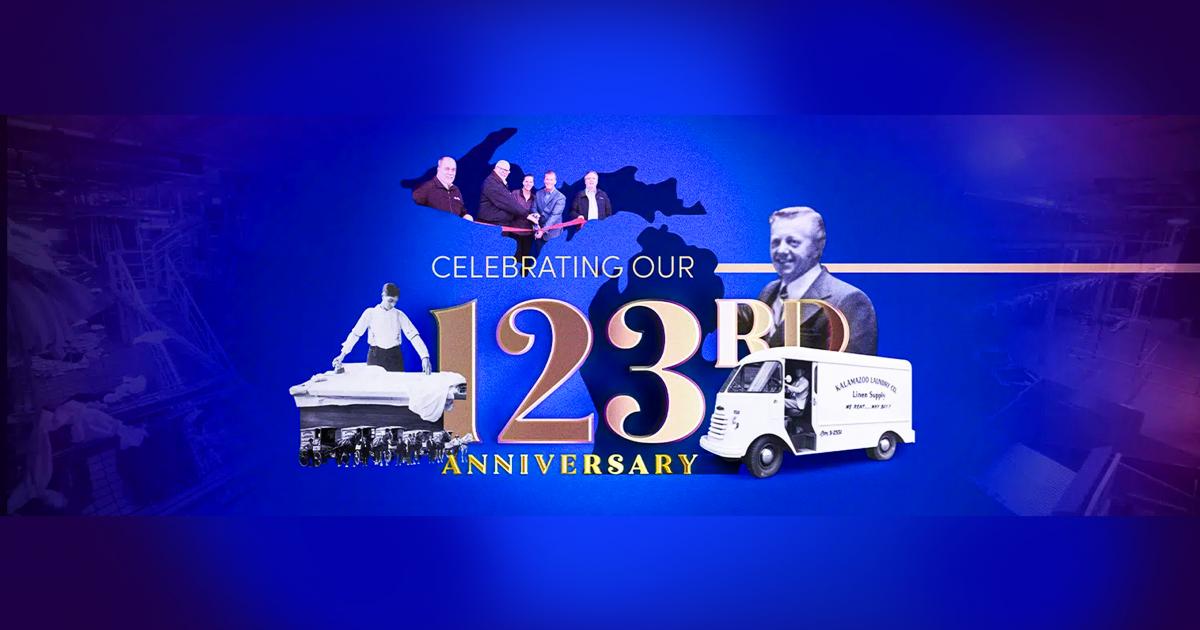