CHICAGO — Danny Harris is director of linen services for Goodwill Laundry & Linen in Milwaukee, which processes more than 13 million pounds annually for healthcare, military and clinics throughout Wisconsin and Northern Illinois.

The operation runs both rental and customer-owned goods (COG) in the healthcare market, from bedding to isolation gowns, from scrubs to surgical packs.

“When I arrived here, we were 100% COG, and I established a rental program because clearly there’s a lot of rental potential out there for new customers,” he says.

With the mix of rental and COG, and the different types and styles of linen the laundry processes, it’s important that Harris’s operation keeps track of all the goods that get processed so nothing gets lost along the way.

To accomplish this, the laundry has put a linen inventory program in place.

The system the Goodwill laundry uses for its inventory could be called a “hybrid” of digital and manual.

“I utilize software but it’s limited, so I do have to do some manual checking,” Harris shares. “We use our software basically to check and balance, if you will, on what was ordered. We look at bill rates that are sent out, as well, and look at the shortages.

“Plus, once a week I have my operations manager or my production manager go back through the rental area to make sure that what we have on hand is what we believe we have on hand if we need to make any orders. That’s what we base it on.”

One of the challenges Harris faces in terms of linen inventory is replacement costs.

“Replacement costs have jumped so much in the last six months that it’s not quite double, what they were six months ago. So, if I had 40,000 pounds go out in the last month under a rental program, typically I would do 10 to 12 cents per pound on a new order for that month. Now rental replacement rates are 16, 17, 18 cents a pound.

“So, it’s become incredibly difficult to support that without having to consider going back to customers and raising rates, which is unfortunate, right?”

Harris does use his hybrid software/manual system to help customers track linens.

“With our software that we use, (customers) know how many bath towels they get; they know how many blankets they get, all the linen we send them back, this is what you get,” he shares. “Now, we do not count the soiled. We just do a soil-to-clean variance comparison, so they know that roughly what you’re getting back is what you sent in. As long as it’s within those acceptable percentage rates, then we’re good.”

Goodwill also helps with inventories for its customers twice a year.

“They count on-site, and, obviously, we don’t have to worry about that,” he says. “We offer assistance with on-site counting, but typically we just have to count what we have on-site, which is pretty simple as we do that every day. We wash everything and process it all and send it all back.”

Harris says that he is pushing his operation forward into using radio-frequency identification (RFID) to help with linen tracking and inventory in the coming year.

“It wouldn’t be for every linen item,” he points out. “It would only be for scrubs and isolation gowns. Scrubs are your highest lost item in a hospital, so I would use it for that.

“Not only would I use it for my rental programs but I would use it for my COGs. I would put that cost in there because it’s pretty common for COG customers to believe that their laundry is losing them, and scrubs are no different.

Harris says he would use RFID in isolation gowns because the product is so popular lately with ongoing pandemic health concerns.

“It’s a lot of manual labor with the grid marking of isolation gowns,” he says. “Most of them I put into bags. It’s really easy to do 25 to a bag, a plastic bag, but I do have some new customers coming in that want me to fold them, for which I purchased specific small-piece folders just to take care of folding isolation gowns, which are probably difficult.

“But having an RFID for that would save me huge amounts of time in grid marking and checking to make sure that the 75 uses that isolation gown is supposed to go through happen while still being productive.”

For any plantwide or customer-wide inventory program, there will be benefits along with challenges.

For Harris, the biggest benefit of a linen assessment program is to know, clearly, what product is on hand.

“You need to know what you have on hand, whether that be for your COG customer or your rental program,” he shares. “That is by far the biggest thing. So you can identify losses, you can identify processes that might not be being met. That’s probably about your main benefit.”

The biggest challenge? The process is labor-intensive.

“If you’re going to do a full inventory, it’s labor-intensive,” Harris says. “And when you’re COG, such as myself, it’s typically okay, as long as we’re caught up.

“But if we’re behind, if one of my tunnels has gone down or if I have an ironer that’s gone down and I’m sitting on linen for longer than I really want to, that becomes challenging, it’s labor-intensive, it costs me a little more money than I’d like operationally.”

Read the conclusion Tuesday when Harris shares steps to implement a program and putting the information into action. 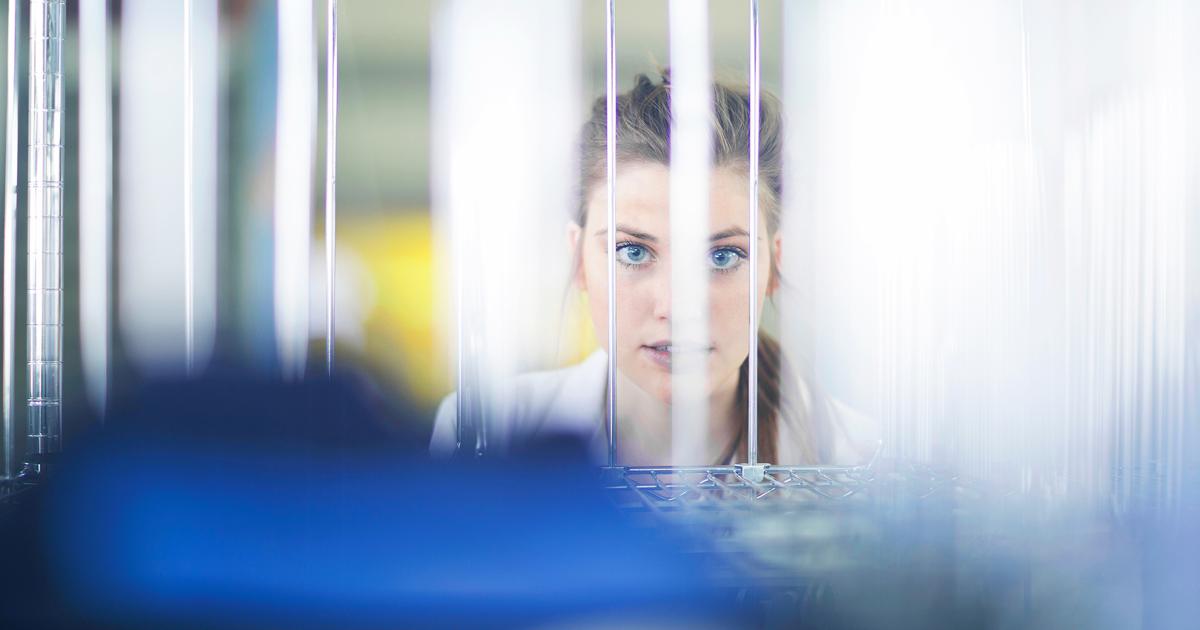