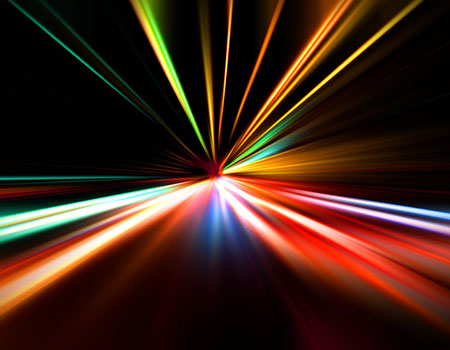 HOUSTON — Dave Beavers has been in the laundry business for more than 40 years. He has worked in various types of laundry facilities, including industrial uniforms, hospitality, and healthcare. And he is always on the lookout for what’s new in the industry.

Today, he is employed by Crothall Healthcare as the chief engineer at Texas Medical Center Hospital Laundry, and if there’s a change in software or hardware, he wants to see it.

“What I’m looking for is new or improved technology,” Beavers says. “Our industry is constantly changing, technology keeps emerging. I look for innovation and anything that improves or enhances safety. I look at the quality of the machinery, how well it’s built.”

At Clean 2015 in Atlanta, Beavers scouted out some of the most recent advances in technology and equipment. During the Textile Rental Services Association (TRSA) webinar Emerging Technology/Equipment, he shared some of the things he saw that he believes can help laundry managers and owners improve operations within the facility.

One part of the laundry process that Beavers describes as “a touchy subject” is linen separation.

“It’s very back-breaking work to take linen and try to pull sheets apart and prepare them for feeding. That’s been done that way for years,” he says. “But with the onset of faster feeders, ironers and folders, a lot of it has to be preconditioned work in order to get the numbers that they claim they are able to get from the machines.”

He notes that traditional methods have utilized tumbling in the dryer or some other means to break the cake apart so as to ease the separation and handling. But wet linen is still hard to separate. Beavers pointed out three manufacturers that make automated linen separators to help with the process.

Jensen’s Viking has a guillotine-type effect, according to Beavers, where it comes down to grab the linen out of the bin. The bin or cart is tilted to help move linen down to the edge of the container in order to be able to pick all of the goods within.

Kannegiesser’s separator has a conveyor unit in front that acts like a pre-sort, says Beavers. It breaks up the cake and loosens the linen so that it falls down into a hopper where the goods are separated.

Beavers believes Chicago Dryer’s Cascade® has a unique way to do the work. It does the same sort of “pre-pulling” the cake apart, but it utilizes a large clamp that pulls the goods out over the belt and picks up a large amount to try to separate them. By doing that, it’s virtually breaking up the majority of the cake.

Those goods fall into the front hopper of the machine, an action which Beavers says makes it much easier for the separators to come down and pick up the sheets and transport them down to a conveyor belt.

“Designs for separators are changing,” says Beavers. “They are more robust and more heavy-duty.”

Beavers notes that with most laundry equipment operating faster, some quality-control aspects are going to get lost. To help address some of that in facilities that need to separate stains, tears, worn linen, things of that sort, he made note of two systems—Chicago Dryer’s CHI•Vision™ and Jensen’s Jen-Scan NPS.

They are camera systems that picture linen that goes through the equipment quickly. They help detect stains and tears, and can be set to look at emblems, Beavers says. The systems can be user-defined to ignore things like the edges of the sheet where there may be thread markers or something like that.

“It’s tied into the folder, and it allows the folder to do things like separate the items into various sections of the folder, whether it’s through the primary cross hole or the stackers,” says Beavers. “This allows you to separate stains, tears, things that are traditionally old-style, button-in-the-front of the feeder that we’ve been doing for years. It’s … very versatile.”

He says that the systems also have the capability of tracking all stains and tears. They provide a readout of the types, and can be tailored to certain counts, certain types of fabric, anything that is unique. The systems can record all of this and display it on the panel.

Come back Thursday for the conclusion on RFID chips and reporting systems.

Matt Poe is editor of American Laundry News. He can be reached at [email protected]atmags.com or 866-942-5694.