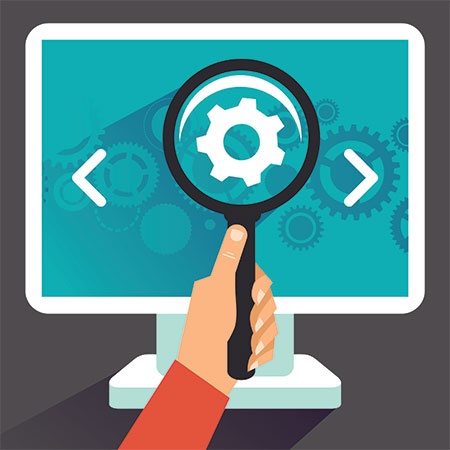 HOUSTON — Dave Beavers has been in the laundry business for more than 40 years. He has worked in various types of laundry facilities, including industrial uniforms, hospitality, and healthcare. And he is always on the lookout for what’s new in the industry.

Today, he is employed by Crothall Healthcare as the chief engineer at Texas Medical Center Hospital Laundry, and if there’s a change in software or hardware, he wants to see it.

“What I’m looking for is new or improved technology,” Beavers says. “Our industry is constantly changing, technology keeps emerging. I look for innovation and anything that improves or enhances safety. I look at the quality of the machinery, how well it’s built.”

At Clean 2015 in Atlanta, Beavers scouted out some of the most recent advances in technology and equipment. During the Textile Rental Services Association (TRSA) webinar Emerging Technology/Equipment, he shared some of the things he saw that he believes can help laundry managers and owners improve operations within the facility.

Beavers noted many innovations and improvements in equipment, from washers to finishing equipment. One was Braun’s Advantage Tilting Side Loader. The machine is a 900-pound side loader with four-pocket configuration. He says it’s built pretty much like the company’s other washer-extractors, but with some advances.

“What’s nice about this machine is some of the ergonomics, like the automated step so that operators no longer have to bend down to pull out or push in the step,” he says.

Beavers also noted the inner latch system and the closed detection system. In addition, the side loader has standard safety gating going around the machine, and compliance with standard arc flash panel control separating the high-voltage from the low-voltage controls.

Another washer innovation Beavers noticed was Jensen’s QuickSoak feature on the company’s first module of the Senking Universal. As he describes the process, special beaters in compartment one are perforated. They take in water from the bottom of the drum, lifting it up during the reversing action of the drum. In the upper position, the water is released through perforations in both sides of the beaters and pours down on the linen to help saturate the load.

“The benefits are optimum penetration of the fabrics thanks to better and faster wet-out of the first compartment,” says Beavers. “There’s also the steaming effect from the scoops that the ribs create.”

The QuickSoak washer appears easy to maintain. It doesn’t use additional components valves, or anything that requires extra maintenance. The beaters have an inspection flange on the outside of the inner window for visual inspection of the inner drum.

Jensen claims to have the world’s fastest feeder, according to Beavers. The JenFeed Express has a three-lane feeder to process up to 1,800 single sheets per hour. It’s a high-volume feeder used primarily for hospital sheets, utilizing double feeding capacity by cornerless feeding with an optimum piece-per-operator-hour rating thanks to what he says are excellent ergonomic working conditions.

“It’s space-saving and energy-saving. To watch this thing actually in operation is quite interesting,” he says. “It’s a very fast machine.”

Pellerin Milnor Corp.’s 72406 M5K washer-extractor is ideal for hard-to-balance loads, according to Beavers. He says the machine has more flexibility and features, along with an ample number of liquid supply ports.

Another Milnor line he noted was the V series washer-extractors, utilizing RinSave® water-saving technology and MilTouch™ controls. Every machine in the line has the capability to reach up to 400 G’s of extraction force for moisture removal.

“They’re all rigid mounts and still can fit through a standard 3-foot door,” Beavers says. “They are very robust machines.”

For finishing equipment, Beavers points out advances from Chicago Dryer Co. It has standard equipment that would go behind an ironer line. Models like the King Edge give a high-quality spread and feed quality for hospitality, he says. The Skyline SP series is suited to small-piece folding of items such as pillowcases and napkins.

“All of this is being utilized now with the latest version of controls that help see what’s going on, help troubleshoot the machine,” says Beavers. “Technology is getting better and better on these all of the time.”

Check back Tuesday to read about linen separators and camera systems.