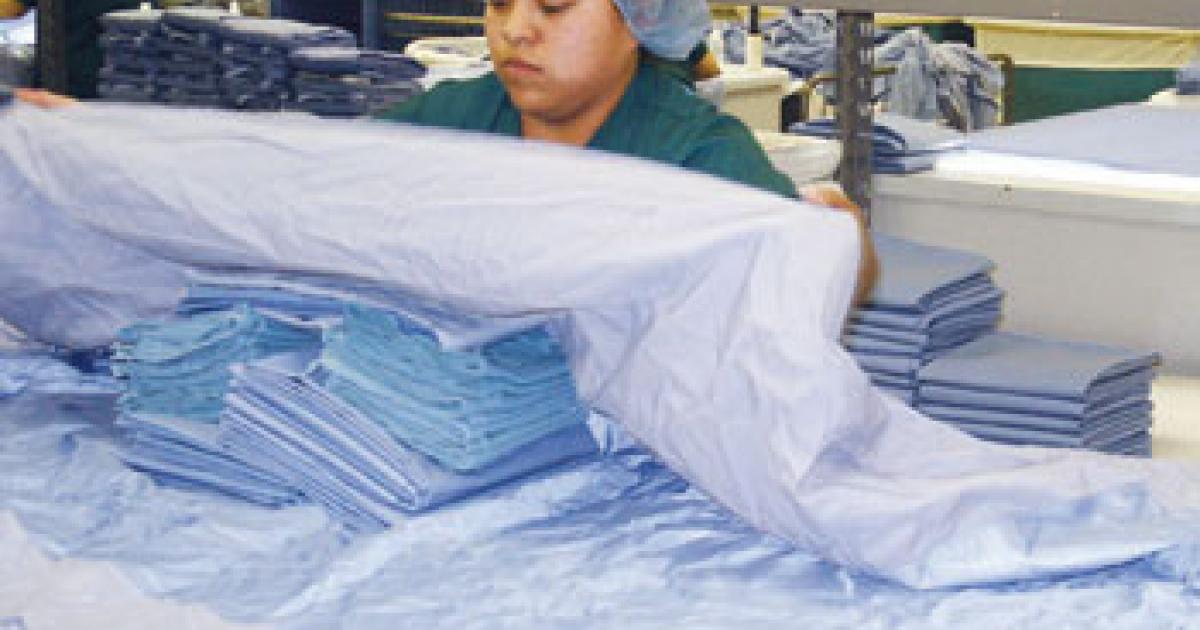 ROANOKE, Va. — Providing an OR towel that has little lint or is lint-free is a universal challenge for all laundry facilities that supply reusable OR towels to a healthcare facility. You can take some key steps to ensure that the product coming out of processing has a minimum amount of lint.

The first is to make sure that you purchase a high-quality reusable OR towel. The quality of the weave and the fiber used in product construction has a direct bearing on the amount of lint that will be generated in processing. As a general rule, the lower the cost of the OR towel, the greater the amount of lint.

Recently, several linen companies have experienced problems with previously reliable sources, as poor-quality cotton has made its way into the production pipeline. Carefully research your options and insist on test-washing any OR towels before committing your business to a particular vendor. This is one item for which you are better off committing all your business to one vendor based on its ability to consistently provide a high-quality product.

Constant vigilance for potential product problems has become a necessary part of laundry management. Product consistency will make, not break, your reputation with your customers.

You must take care during soil sorting to ensure that no foreign objects are placed in the load with the reusable OR towels. It is normal to find pieces of gauze in the bags containing reusable OR towels. These pieces will disintegrate into white pieces of lint during processing. Removing these foreign bodies will eliminate the problem.

I recommend sorting the OR towels twice to make sure that all foreign items are removed. During the initial high-speed sort, some items normally get past the sorters who are trying hard to make production numbers. Sending the OR towels past them a second time will help them catch what they missed the first time around.

I recommend adding one or two green poly-cotton sheets to each wash load of green OR towels. Ray Pierson, one of my supervisors who used to work for National Linen, made this recommendation based on his experience there. I had my doubts at first, but decided to give it a try.

We always fully dry our OR towels before inspecting them by hand and folding them. The process of ironing a damp OR towel will cause fibers to stretch and create thermal shock, which will result in additional linting next time. We have found that the green sheets act like lint magnets when washed and dried with a load of OR towels, greatly reducing if not eliminating the lint.

We inspect each OR towel to ensure the quality of the products that are delivered to our customers. This process greatly reduces inventory management issues. If the OR towels are not inspected, then facilities will order more than they really need. Through inspection, the orders accurately reflect what they really need. Having the responsibility for inspecting OR towels done by the surgical pack room simplifies the allocation between OR packs and loose towels.

The reusable surgical linen business requires a higher quality standard than general hospital linen but, if priced appropriately, can be a great addition to your volume and your bottom line.