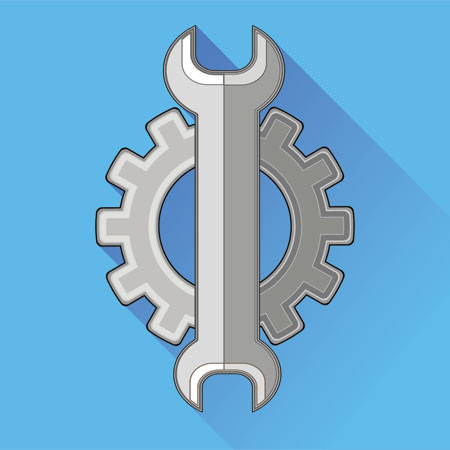 ROANOKE, Va. — This year marks the start of my 46th year in the laundry business. It is hard to believe that I have been working in this industry that long.

I must confess that I did not originally set out to have a lifelong career in this business. I did not seek it out. I found it by accident and was smart enough never to leave it.

Early on, Bill Hendrix, a hard-working assistant manager with a strong maintenance background, took me under his wing and attempted to teach me the laundry business.

Bill was great to work for if he liked you, and the devil to work with if he did not. He had little tolerance for politics in the work environment, or political correctness.

Bill liked to use object lessons in his teaching methods. When it came to problem solving, he always said to look for the simple things first and leave the most complicated possibilities until last. He said that 95% of our problems would be solved in looking at the simple factors.

This lesson was driven home by the following incident.

The laundry had quickly expanded to a three-shift operation, and a young, promising but inexperienced supervisor was placed in charge of the small third shift. Their goal was to help clear up any backlog left from the other two shifts and set the day shift up for maximum production.

Arriving for work one day, Bill found this supervisor and the third-shift maintenance man working on the small-piece folder on the back of one of our two ironers. They had worked for at least six hours trying to figure out why the folder would not fold.

This American small-piece folder had an old mechanical timer system that measured the items and managed the folds. They had the side panel off and were trying to understand how it was supposed to work and therefore determine what needed to be adjusted so it would work again.

Bill walked over, listened to their story and then looked at the discharge end of the folder. A broad smile came to his face. He called the two men over and pointed to a simple toggle switch, which read “on” or “off.” The switch was in the “off” position. Once flipped to the “on” position, the folder worked perfectly.

The night shift lost six hours of small-piece production because a simple switch was in the wrong position.

Twice a year, we had a staffing shortage that happened to match up with a special reunion meeting held during the Church of Jesus Christ of Latter-day Saints Semiannual General Conference. A large portion of that work crew was from the South Pacific island of Tonga.

These twice-a-year Tongan Mission reunion meetings were extremely important to those members of my staff. The easy solution was to find out when the meeting was scheduled to take place and alter our work schedule so as not to conflict with it. We tried it the first time and our employees were most grateful. The added loyalty and happiness was worth the effort.

Learning the laundry industry by working in each job and understanding the small details involved with each job is great preparation for being able to look for the small, simple things that cause the big problems. Focusing on looking at the small details when problems arise will help us quickly solve our problems.