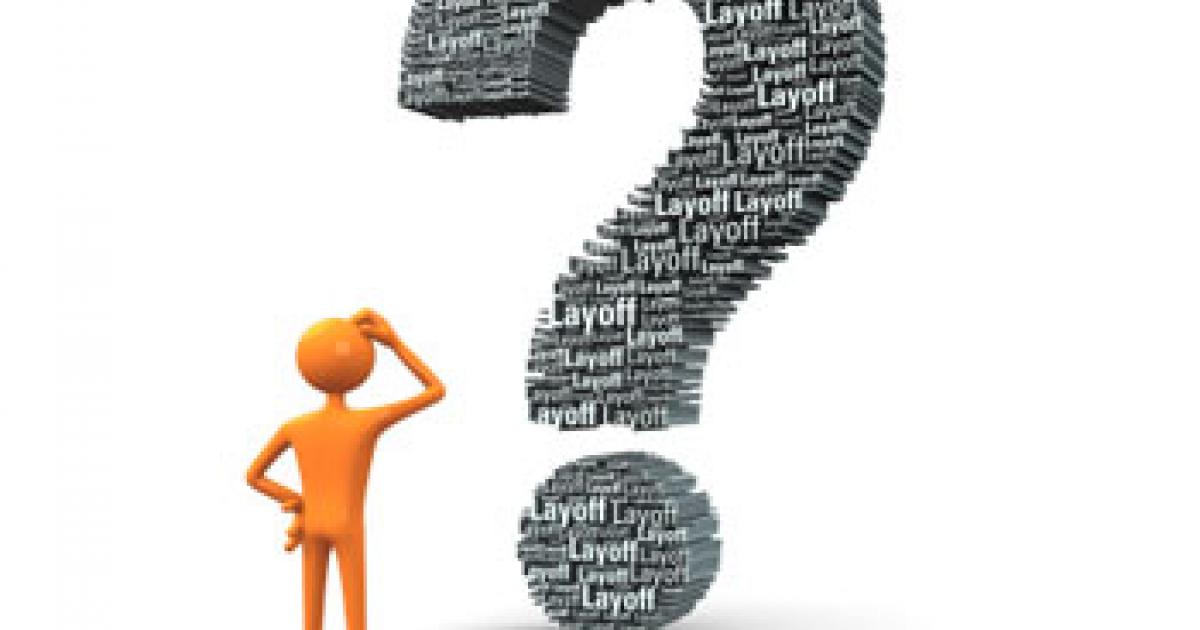 ROANOKE, Va. — We hear about global financial problems every day. We have seen the economic downturn and how the new healthcare law puts economic pressure on our facility’s bottom line. Several friends of mine have lost their jobs or been demoted in the latest round of cost cutting. While administrators make the tough decisions they believe will keep their facilities afloat, it is painful to watch the suffering of dedicated department managers.

In 1980, The Wall Street Journal reported that the Harvard Business School was devoting a segment of its MBA program to the topic of changing jobs. The article stated that one professor would begin the course by telling his class, “I will guarantee you that each and every one of the graduates of this program will be fired sometime during your career.” That is quite a statement considering that they are considered the best in the country. Therefore, it is logical that laundry/linen managers should assume that we are going to get fired at some point.

I found this hard to accept, because I held the popular belief that people were only fired for being incompetent. But I have learned that it is not the only reason. Your boss, for example, might have a son, daughter or friend who needs a job, and might feel that the laundry is a good place for them to start.

Someone may come in and do a super sales job on contract laundry management. For years, institutional laundry managers worried almost exclusively about the threat posed by commercial laundries. The growth of contract management is proof that this section of our industry is here to stay.

Hospital management consultants are recommending combining departments and reducing job titles along with associated benefits. One hospital just called in all its department managers and told them they were fired. The ex-managers were told they could reapply for their jobs, which had been retitled and downgraded.

Your facility could be bought out by one of the larger chains that doesn’t believe in operating on-premise laundries.

A number of years ago, 60 Minutes aired a special about a job marketing service. Clients included 200 people earning from $75,000 to $400,000 annually. Agency policy was that clients paid 10% in advance of what they hoped to make, and the agency agreed to market them for six months but with no guarantee they would get a job. Do you know how many the agency placed? Three!

Why is it that even industry giants don’t feel comfortable when it comes to selling themselves? Why are we so scared of that part of our lives? Statistics tell us that the average job tenure for all U.S. workers is 3.6 years. This means that the average worker conducts a job hunt once every four years.

In facing a job change, it doesn’t matter what business you are in. You can work for a chemical company, uniform supplier, hospital or commercial laundry, and sooner or later we will all face the same problem. The odds against a person going through their lifetime working for just one company are overwhelming.

What are you supposed to do in the most difficult type of job change? You know, the one where you walk in one day and your boss says, “Don’t take your coat off. I’ve got some bad news for you.”

In 1980, I went to the National Association of Institutional Linen Management’s (NAILM) annual meeting in Kansas City. Three gentlemen responsible for reviewing nominations for NAILM’s top annual award selected me as the Laundry Manager of the Year. Back home, due to a 2-year-long corporate conflict, I lost my job. Ten days after being named laundry manager of the year, I was looking for a new job. I couldn’t believe it, nor could anybody else.

If Job is Lost, One Must Take Action Immediately

When you lose a job, there is a series of things that should be done immediately. And unless you prepare, unless you are proactive, you are not going to know what to do in that situation. Each experience is unique, but these steps should prove helpful.

Monday: Establish that you are fired…