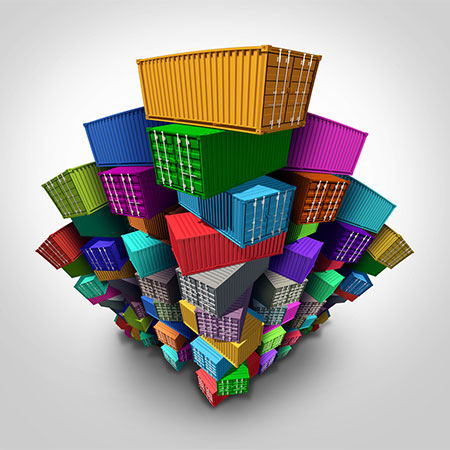 “We were trying to make up for years of embargoes on Haiti, but the agreement says that, on an annual basis, you can bring in 250 million square meters equivalent of knitted product or woven product, meaning T-shirts, scrubs, whatever, duty-free, regardless of the origin of the raw materials,” he says. “That lasts for 20 years, and it took effect in 2006. It has another 10 years to run.”

Langdon says international trade policy was complicated enough, but now the industry has to take into account what is called the “Trump Factor.”

“We know President Trump’s stance on trade agreements,” he says. “He first and foremost wants to buy American, hire American.”

On April 18, Trump signed an executive order that strengthens “Made in America” policies. It put in a review policy for the H-1B visas for skilled workers, and it put some limits for World Trade Organization and participation from the United States, according to Langdon. It would now require a presidential review before Trump would agree for the United States to participate.

Langdon says that in April, Trump had “shot across the bow” of Canada about soft lumber by putting countervailing duties up to 24% on softwood.

“This goes back to 2001 when there was a dispute when the Commerce Department had accused the Canadian government of subsidizing the Canadian lumber industry,” he says. “I think this is
the first attack for the Trump administration to renegotiate NAFTA.”

“One example of that is a direct fabric-printing machine, and the prices of this equipment is coming down radically,” Langdon says. “These used to be up to $50,000.Now you can buy them for as low as $6,000. The inks have improved so much that they’re colorfast, printed right on the fabric.”

Another example, which he says has recently been announced, is from Amazon. The U.S. Patent Office awarded Amazon a patent for an on-demand manufacturing system. According to Langdon, the system is a one-off, print, cut, assemble and pack garments and other items, on demand, without doing them en masse.

“This could be a game-changer for the textile supply chain,” he says. “More and more [disruptive technology] is taking place in all industries, and it’s going to be impacting ours as well.”

Langdon concluded his presentation by saying that supply and demand is going to continue to impact the supply chain.

In addition, Buy American, Hire American, is only going to remain as a policy if it can be globally competitive and we don’t turn into a protectionist society, according to Langdon.

Finally, he says innovation and disruptive technology are going to lead the way for change in not only the textile industry but in every industry.

To read part one of this series, click here. Part two can be found here.