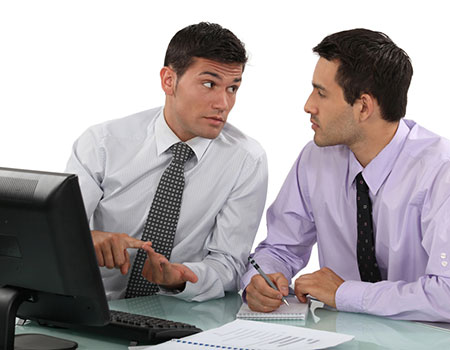 Spend time with end-users early on for better results

ROANOKE, Va. — This month’s column will contain the best advice I can ever give a manager who has just been promoted or who has taken over a new laundry.

It is exciting to take over the leadership of a laundry. We all want to dive straight in, roll up our sleeves and get to work trying to improve the operation. My advice: Resist that temptation and spend the first two to four weeks visiting your customers.

Why would anyone spend their first precious weeks visiting customers when they can see so much that could be improved in the operation? The answer is simple: It helps us prioritize what needs to be done.

I can remember when I took over the Aurora Central Laundry in Milwaukee. I was hired to help fix customer unrest; my boss told me they were unhappy because there were linen shortages on the weekends. I had my secretary set up meetings with numerous nurse managers at the hospitals we serviced, then spent almost the entire first month attending meetings at those facilities. By the end of that month, I had a comprehensive plan to improve the laundry.

These items represented what was important to my customers. They represented the biggest payback for my efforts. I wanted to make a strong, positive impression. By listening and then working to solve the problems that frustrated customers the most, it bought me a great deal of goodwill.

In a meeting one day, the nurse manager said I would be a real miracle worker if I could show her a system to prevent the loss of socks in the home laundry. I lifted my pants and showed her my dress socks that had snaps on the tops; each time I took off my socks, I simply had to snap them together.

That would never work in her home, she said, because she could never get her husband to snap them together. I then told her my backup plan was to simply purchase socks in one style and one color. That way, it did not matter if one got “side-tracked” under the bed or left in a closet. In the end, everything worked out.

If I had addressed the more pressing concerns of changing washroom chemical vendors, correcting the padding system on the ironers, and improving the soil-sort classifications, things might have turned out differently. All three of those items needed to be corrected, but none of them would have solved the customer complaints for which I was hired to fix in the first place.

By spending time with the end-users on the front end, I was able to direct my efforts where they did the most good.