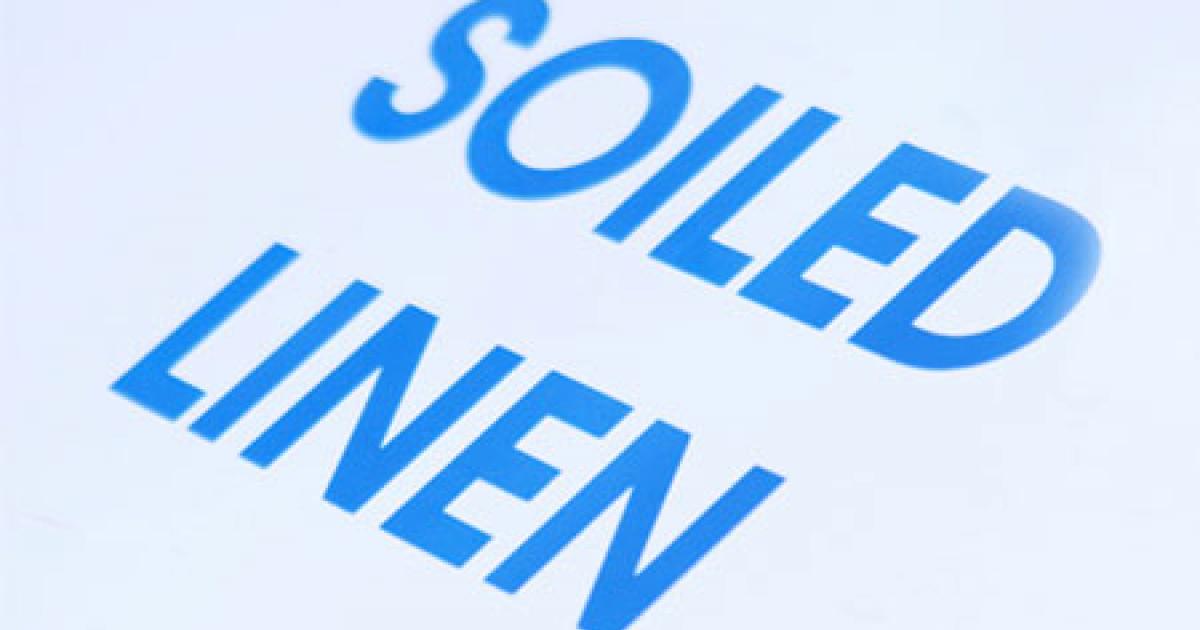 ROANOKE, Va. — Laundry managers often are used as a resource when it comes to various linen handling issues within a facility. I was recently asked to discuss, with a director of nursing, the pros and cons of placing a soiled-linen hamper in every patient room. My initial statement was that I would not recommend it. I quickly did an Internet search, and was disappointed with the lack of material that was available on the subject. There are a number of factors that must be considered when determining what soiled-linen collection system is best for a particular facility.

Space was a major consideration in my discussions with this facility. The facility had been cited on many occasions for having items in the hallways. They were considering placing computer terminals in every room to eliminate the computers on carts that are used in many hospitals, and often clutter the hallways. Having linen hampers staged in the hallway was not considered a viable option. Soiled-linen hampers could only be used in a utility room that was often many steps away from a patient room. Space was available in the majority of the patient rooms to accommodate a soiled-linen hamper stand. I have been in other facilities where linen hampers are strategically placed in the hallways so that one hamper can handle three to six rooms. What works for one facility might not work well for another one.

Infection control was another major issue. The need to be able to properly handle soiled linen from an infection control standpoint while still delivering high-quality patient care can be a challenge. The real obstacle is how best to handle the linen while dealing with a patient in the bed. The need to make sure the linen is changed and the patient is protected during the process often caused nurses to place soiled linen on the floor or in a chair until the care was completed. The placing of soiled linen in a chair or on the floor violated the facility’s established infection control procedures.

The ideal soiled-linen hamper stand for this facility was one with a foot-pedal-operated lid, so that once the soiled linen was picked up and held away from the nurse’s body, it easily could be placed into the hamper. The ability to open and close the lid in a hands-free manner allows for the proper handling of soiled linen.

What is the potential impact of placing a hamper stand in each patient room on the circulating linen system? Obviously, the hospital will need to greatly increase the number of hamper stands in the facility. It also will require a change in how soiled linen is collected. Who will be responsible for going into each patient room and changing out the soiled-linen bag? How frequently will the bag be changed? There is a strong likelihood that the facility will end up using more hamper bags than before, because bags will be changed on a preset schedule instead of when they are full.

The facility will need to increase its circulating linen inventory because the soiled linen will not be collected as quickly as before. The use of a soiled-linen hamper stand in each room has added another storage location to the circulating linen system. As I worked with the various impacts of making the change, I came to realize that my goal in this discussion was to make sure that the facility had considered all the possible factors linked to the possible change. I simply wanted the director of nursing to make the best decision possible based on all the key factors for her facility.