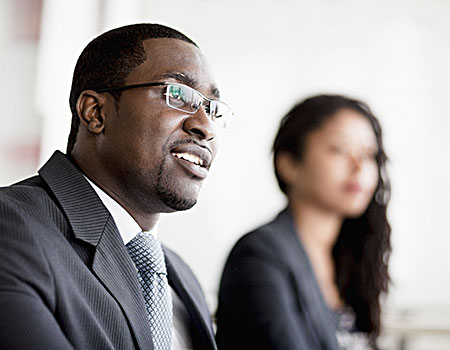 ROANOKE, Va. — I have always prided myself on being honest with all my vendors, even when the truth was not what they wanted to hear.

As a manager, I knew which direction I was headed and how I wanted to get there. I believed in long-term relationships with vendors and consistency of products. This often made those that did not have my business very unhappy. These convictions also made me somewhat close-minded and not as open to change as a good manager should be.

I can remember a time shortly after I started in Milwaukee when a new vendor came in and wanted to talk about my scrub business. At that time, I was purchasing scrubs through a major provider of products to the hospital system, and I was strongly encouraged to buy these items through them.

A young representative sat in front of me with his boss and boldly asked for the chance to quote me on these products. I looked at him and told him he had two chances: slim and none.

Now, some may think that was a cruel response to this salesman. I was trying hard not to get his hopes up and waste a lot of his time chasing an account he most likely would never get.

To his credit, he said he would take the slim chance and insisted on quoting me his scrubs. He touted the fact that they stocked the scrubs nearby and could ship them to me overnight.

To my surprise, they were able to cut the price I was being charged by 22% and greatly reduce the delivery time. With that much of a price and service difference, it was easy to convince purchasing that these products needed to be switched to a new vendor.

Over the years, I often said that if I had a dime for every vendor who came to my office only once, I would be a millionaire.

A chemical representative, who was new to the industry, stopped by to see me one day. In my office, he proceeded to tell me that if I did not have a pH of 22 in my washers, I could not get my clothes clean. I politely asked him if he was talking about concentrations or pH. I was gently trying to guide him in the right direction. He insisted it was pH.

He was unfazed when I told him that the pH scale only went to 14 and that a pH of 22 was impossible. He questioned my knowledge of chemistry, and I told him to leave and not come back until he knew what he was talking about. I never saw him again.

A new sales consultant from a textile company asked me one day why he had to sell so many different-sized sheets with so many different types of poly/cotton blends. He wondered why laundry managers could not get together and pick a single sheet to purchase.

I could not answer his question but shook my head and wondered what the company had taught him. Surely you need a working understanding of the industry that you are trying to service.

I once had a pad-and-cover vendor tell me that he could not come in to service my ironers as frequently as I wanted because he simply had too many ironers to service in his territory. I happily told him I had a solution for that problem and immediately moved my three ironers to another vendor. If you do not get the service you expect from a vendor, you are always free to change to someone else who will value your business.

One vendor presented a wonderful plastic-bag program for my laundry in Milwaukee. He would provide a high-quality hamper stand for the hospitals based on how many of his soiled-linen bags we purchased. Visions of mountains of plastic bags going into a landfill filled my mind.

I told him I had a bachelor of science degree from the College of Natural Resources at Utah State University and would never implement a program that had such a negative effect on the environment. One year later, he returned to my office with a complete program that included recycling the used plastic bags.

I worked with that representative and his company for the next 20-plus years and implemented his system in three central laundries. My resistance and the rep’s persistence created a much better program, and everyone has benefited from it.

To those vendors that did not currently have my business, I always challenged them to show me ways I could improve my operation and reduce my cost. I told them that if they could help me improve my operation, then I would seriously consider their products. Only a few over the years tried to take advantage of this offer, and several of the ones that did were well-rewarded.

My loyalty has always been to the company that gives me my paycheck. I am entrusted to run its laundry operation to the best of my ability and in a manner that is in its best interest.

Vendors are valuable potential partners in accomplishing this goal. You want to work with the best and most knowledgeable vendors you can find. I always believed long-term relationships were better than short-term relationships.

In the end, you want to work with a vendor that is committed to your joint success.