CHICAGO — The effects of COVID-19 will be felt for years to come.

Besides the effects on the healthcare industry, and the concerns of individuals about their health, the pandemic contributed to business interruption and soaring inflation.

One of the lasting hits on budgets all around, from individuals to laundry and linen services, has been rising fuel costs.

Then in February, Russia invaded Ukraine, which caused a quick, dramatic spike in prices.

What do these record-high fuel prices mean for laundry and linen service delivery budgets, and what can they do to cope with the high prices?

American Laundry News reached out to an oil/gas industry expert and laundry operation representatives to get their views on the situation, plus offering strategies to help deal with the costs.

For laundry and linen services, the immediate effect of the dramatic spike in fuel prices has been the unexpected, unplanned increase in their fuel costs.

“We’ve definitely been impacted by the rising cost of fuel,” says Brad Watlington, owner of HMT Industrial Laundry in Pangburn, Arkansas, which specializes in serving smaller to mid-sized businesses. “It’s increased our fuel charges by 35%.”

Jason Hartsell, vice president of operations for United Hospital Services LLC, a cooperative healthcare laundry in Indianapolis, says his company has also experienced an increase in fuel expenses due to the unplanned increase in the cost of fuel.

“It’s also had the impact in that we now must take another look at some of the day-to-day habits that contribute to increased fuel usage such as idle time and route efficiencies,” he says.

David Potack, president of Unitex, a medical uniform and linen rental company in Elmsford, New York, says that high fuel costs are causing all companies to evaluate routing strategies and look for efficiencies, no matter how small.

“Using these steps, we’ve been able to absorb those costs without having to pass them on to the customer as a fuel surcharge.”

Hartsell believes that fuel price should not affect the service provided, but businesses should be taking a look at what ancillary non-revenue generating runs are taking place, such as extra pickups or deliveries that are off of rotation.

“It will also lead to many companies examining the profitability of long-distance runs,” he says. “I’m sure that many businesses will add or increase their fuel surcharges or look to shed the unprofitable runs.”

“Our view is that a cost shock like the current fuel price spike cannot and should not impact customer experience in any way,” Potack agrees. “We need to persevere through this challenge, but customer service is non-negotiable.”

“If prices continue to rise, I’m not sure how we’ll avoid sharing those costs with the customer,” Watlington says.

Hartsell thinks that in the long term, there will be some hesitancy for operations to set their fuel budgets.

“I think a lot of us have become complacent in the fuel market and what the long-term forecast looks like,” he says. “We utilize the U.S. Energy Information Administration's (EIA) forecasts as one of the primary sources for budget purposes, but the current situation has shown that an unplanned global crisis can turn an entire market upside down very quickly.”

Besides the increased fuel costs, Hartsell says there is going to be a “trickle-down” cost increase in all aspects of doing business.

“We will see fuel surcharges on everything from linen and chemical deliveries to lawn care,” he says.

“When these surcharges first started being added on a dozen years ago, the thought was that these were temporary but as diesel prices started to level off and then decrease they never really went away.

“I incorrectly thought that businesses would move the fuel costs from a separate line item into the price of goods, but it has remained a separate fee and will probably remain that way.

“When we couple the shipping issues that we experienced in 2021 with the fuel prices in 2022, it’s more expensive and there is a higher level of difficulty to conduct day-to-day operations.”

Hartsell shares that the EIA is forecasting stabilization in Q2 with a decrease in the second half of 2022, but there is a great deal of uncertainty due to the war in Ukraine.

“We will probably see increased domestic production of oil and natural gas, which should help for the next few years but increasing some sustainability through electric or alternative fuels will leave us in a better position,” he shares.

“I’ve not seen a lot of people talking about what natural gas will do in Q3 and Q4 but that is a concern. Already in Europe, they have seen an all-time high on March 7; it’s presently up over 90% over last year.

“The U.S. in 2021 was the largest exporter of liquefied natural gas to Europe with Russia accounting for 20%. I’m certain that as the U.S. and other countries fill in the gap created by the ban on Russian imports, we will see increased prices domestically for natural gas. This will also most likely have some impact on the cost of goods from European manufacturers.”

One positive Hartsell notes is that the transportation market may start to see some headway made in electric, plug-in hybrids (PHEV) or alternative fuels.

“When the price of fuel climbed in 2008, we started to see some options start to come to the market such as compressed natural gas (CNG), but they never seemed to gain widespread traction,” he points out. “I feel that our market is in the right place for electric or PHEV delivery vehicles.

“One of the downfalls of large electric trucks powered with batteries is the weight of the batteries. As an industry, we do not typically underutilize the weight capacity of our delivery vehicles, and battery packs would have minimal impact on our load capacity.”

The other advantage Hartsell sees with this type of option is the ability to recharge vehicles on-site.

“When we originally researched a CNG option, there was a very large capital expenditure associated with putting in the necessary infrastructure to refuel the vehicles,” he shares. “The barrier to entry for electric would be much lower.

“When we figure in the time savings by recharging on-premises, fuel savings, potentially reduced maintenance costs, etc., we could be in a situation where a 25-40% premium for electric or PHEV could be worthwhile.

“Some companies with smaller delivery vehicles may look at alternatives in terms of electric, LNG (liquefied natural gas) or a power source alternative to gas or diesel fuel,” agrees Potack. “That’s difficult for companies with larger trucks to do this in 2022 as the infrastructure really doesn’t exist, yet.”

Potack thinks that elevated fuel costs will last for some time; however, he does think they will begin to moderate to some degree between now and July.

“I think that cost of service will increase as the industry is not immune to inflation, which I also think is not at all transitory,” he says.

“A new cost floor has been set and will likely never revert back to pre-pandemic levels.”

Hartsell points out that laundry operations can’t control the price of fuel, but they can conserve wherever possible.

“It may be worth looking at aero add-ons to trucks and trailers to squeeze a little more mpg,” he says. “We also can do simple things like reducing idling and driving at more efficient speeds while on the roads. If it’s possible to avoid traffic by conducting off-hour runs it would make sense to do this. We can also examine our routes and make sure that we are being efficient and not adding unnecessary miles to the route.

“Some of these things will require driver training to change habits. Some drivers may have gotten in the habit of driving miles off route to go to their favorite lunch stop, with increased fuel prices this 5-10 mile detour now has added considerable expense to the daily fuel costs.”

“Conduct a holistic review of current delivery models and routing and see where the opportunities present themselves,” Potack suggests. “Invariably, some of these opportunities come with trade-offs or negatives, but it’s important to really review in detail to see what mitigation steps, if any, can be implemented.”

Potack believes that any challenge like current high fuel prices should lead to long-term improvement for the companies that are most engaged in their business.

“Fuel prices are cyclical but this elevated cycle feels like it will last for some time,” he shares.

Miss Part 1 with insights from an oil/gas industry expert? Click HERE now to read it! 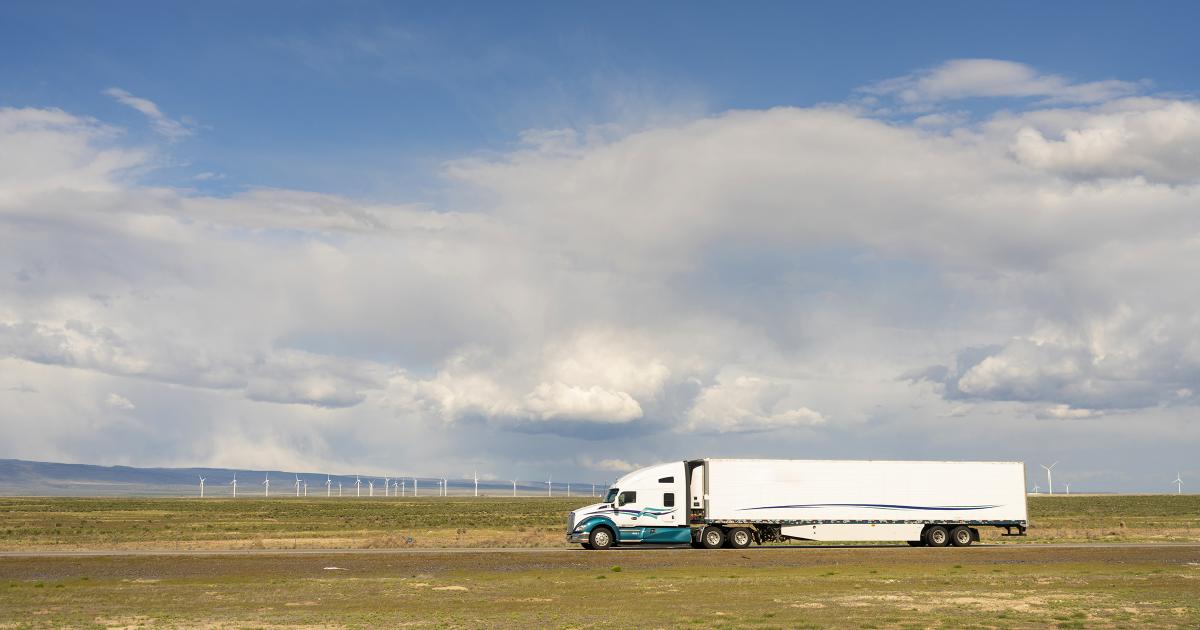