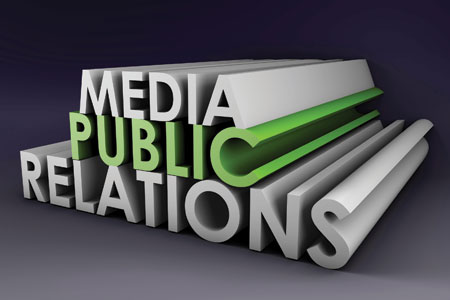 Important to value, have strategy for, public relations

CHICAGO — On a normal, day-to-day basis, laundry/linen services are focused on processing soiled goods and providing clean, quality textiles to their customers.

However, Jerry Martin, vice president of sales and marketing for Prudential Overall Supply in Irvine, Calif., believes it’s important for businesses to have some type of PR outreach plan to highlight the positive things that it is doing for employees, customers and the local community.

“There should be some kind of a structure in place in order to address whatever your outreach might be, like any business, not specifically just to our industry,” he says.

Katie Garcia, account manager for Sturges Word Communications in Kansas City, Mo., a marketing communications company that works with laundry/linen services, agrees that every business or organization should have media relationships.

“Laundry/linen organizations should have media relationships for two main reasons,” she says. “One, you never know when your company could be in crisis, and you want to have already established media relationships to communicate effectively with reporters. Two, media placements are some of the best third-party credibility markers your brand can garner.”

THE VALUE OF PR

Dianne McKay, president of Mustang Marketing in Thousand Oaks, Calif., says that unlike traditional marketing, in which a company delivers messages directly to its audience, PR relies on relationships with the media, community, elected officials, influencers and others to facilitate positive exposure. Not only does this offer another way to reach potential customers, but, as Garcia mentions, it also helps add to credibility.

“When your audiences hear about your company from a trusted third party, such as a familiar media outlet, they are likely to place greater value on the information,” she points out. “An effective PR strategy helps earn your company recognition, keeps your brand top of mind, supports your reputation in the industry, and fosters organic conversations and positive word-of-mouth about your products/services among your audiences.”

McKay says it is essential for a laundry/linen company to communicate day-to-day “good news” to the media on a regular basis.

“If the first, or only, time the media hears about your company is when ‘bad news’ happens, the impressions they form—and the articles they write—will be based on that alone,” she says. “And if you don’t already have positive relationships with writers and reporters, the middle of a crisis is a terrible time to try to form them.”

However, McKay points out that if the company already has well-established connections with the media and they are familiar with the company from a “good news” standpoint, it will have an easier time working with them to communicate messages if “bad news” happens.

“Not only that, the more ‘good news’ you share with potential customers through your media relationships, the more awareness and positive public perception you’ll generate for your company,” she adds. “Being proactive pays off.”

Garcia shares an example of a campaign her company worked on with Faultless Healthcare Linen to demonstrate how media relations can positively impact a laundry’s brand.

Last November, Faultless Healthcare Linen teamed with a laundry starch company and the United Way of Greater Kansas City to raise money for washers and dryers to be installed in local schools through a campaign called Loads of Love.

“Sturges Word worked with all partners involved to write quotes, prep the team for interviews and ensure all local Kansas City media knew about the campaign,” shares Garcia. “The results were astounding. The team raised more money than expected and was able to donate more washers and dryers to local schools. In addition, the campaign and the Faultless Healthcare Linen brand received coverage in all local major newspapers and TV stations in November and then again in March when the machines were delivered.

“This is a perfect example of how a great news story can help advance your brand and do something good for the community at the same time.”

Working with the media isn’t something that can be done on an “as needed” basis. Laundry/linen services need to tailor PR strategies that effectively share their news and pique the interest of media outlets.

A simple PR strategy that Martin advocates is to develop a company media kit. This would include a fact sheet on the company, marketing literature, a catalog and an overview of who the point of media contact is.

“It should be something that is kept current,” he points out. “If it’s old information, people coming to the website looking at those types of things aren’t going to give it a lot of credibility.”

In terms of sharing news with the media, Martin says his company has an outreach program through which it sends out press releases on a periodic basis, highlighting new things that are happening with the organization or even within the industry.

To achieve this distribution, he says Prudential Overall Supply has a list of media contacts that are within the company’s service territory, including industry publications. That list includes contacts with customers, prospects and employees.

“We’re pushing things out that we think are relevant for our audience,” Martin says. “Sometimes we’ll tailor the audience, if it’s, say, a division that specializes in this, that would only go out to those customers and those prospects, and maybe not associated media and employees. We try to segment things depending on who our audience is.”

Beyond press releases, Martin shares that the company pushes news through its social media channels, which include Twitter, Facebook and LinkedIn.

Often, McKay notes, companies struggle to differentiate between what is “news” and what isn’t.

“On a day-to-day basis, one of the most important things you can do to work with the media is to share real news about your company, usually via a media alert or press release,” she says. “However, it is equally important to avoid ‘spamming’ media outlets with content that isn’t relevant to their audiences.”

Examples of “newsworthy” topics, according to McKay, include new services or products a company is offering, new locations opened, awards or certifications a company receives, public events the company is hosting, and significant charitable efforts a company makes.

Garcia says Sturges Word uses a “pitch grid,” which details a company’s ideas, pitches and media targets in four news categories. These include news about what the company does (acquisitions, new products and anything company-related), news tailored to media editorial calendar features, news based on “regular sections” (columns, radio shows, TV segments), and news the company creates (events, charities, etc.).

McKay notes that several factors can make what a laundry/linen service sends to the media not newsworthy. The first is outdated material, (e.g., sending out a press release about a product that has been offered for several years with no new updates to report). Or if the release is overly promotional (e.g., press releases that are worded like ads rather than like a news article).

A company also has to consider whether or not the news is relevant to the media outlet’s audience (e.g., sending a press release about a new service offered to customers in New York to publications in Colorado wouldn’t be relevant).

However, McKay says there are other ways to further PR efforts beyond news releases, especially during those times when a laundry/linen service doesn’t have news to share.

“Another great way to get coverage for your company is to author articles for publications or participate in interviews as a subject-matter expert,” she recommends. “This helps to establish credibility for your company, generate awareness, educate your audiences and position your company as the industry expert.”

Of course, with any PR effort, it is important to keep the differences between types of media in mind.

For McKay, there are two major differences between local and national media. The first is the amount of content the outlets receive to cover. National outlets receive story pitches and press releases from organizations across the country, meaning they have a much broader selection of content to choose from.

“To break through this intense competition and get national coverage, your story needs to be especially compelling,” she says.

“For example, if your company exclusively works with customers in Southern California and you are opening a new location within that same region, local media outlets are more likely to cover the story than national outlets,” shares McKay. “On the other hand, if your company donated a large quantity of supplies to help victims of a major natural disaster, both national and local outlets may be interested in sharing your news.”

Garcia says her company categorizes the media into three groups: national, local and trade publications. Each is unique and looking for different story angles.

“For example, the local media will be interested in hyper-local stories such as new hires, promotions and new brick-and-mortar locations,” she says. “National media is interested in broad story angles that could be of relevance to someone no matter if they live in North Dakota or Miami Beach. Trade media are interested in stories that could help others in your niche do business better or more efficiently.”

Beyond being familiar with a media outlet’s audience and scope, a company needs to be familiar with how it operates. McKay points out that media outlets often require significant lead time for stories. This is especially true for print publications, where it is not unusual to have content mapped out up to three months in advance.

“Even with digital outlets, if your story is more of an ‘evergreen’ topic, meaning it will not become significantly less relevant to readers over time, you may not see coverage for several weeks,” she says.

It’s valuable for a laundry/linen service to create a PR schedule to work into media plans and meet deadlines, according to Martin.

“From a schedule standpoint, we’re putting things out that are relevant at that time,” he shares.

He says press releases are put out when something important happens at the company or within the industry.

“From a social media standpoint, we are posting daily,” he says. “There are things that we’re talking about, and we’re revisiting topics that have occurred in the past and we’re reminding our followers on those channels what potentially may be an update or why it’s still important, those types of things.”

Martin also says a public relations strategy should include a plan for how the company wants to respond to the media in various instances. This includes having an assigned spokesperson and a backup if the main contact isn’t available.

Check back Thursday for the conclusion on PR in a crisis and improving PR efforts.