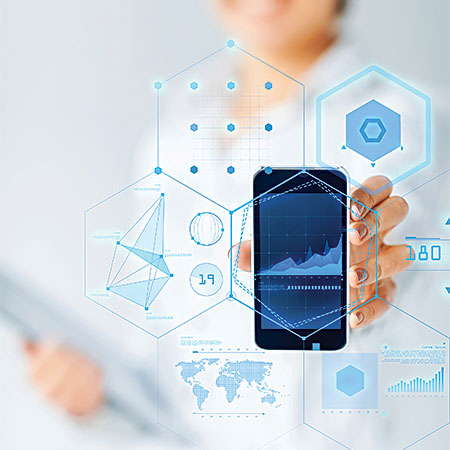 CHICAGO — Vinnie Samuel is an engineer at heart.

In fact, he has a master’s degree in electrical engineering.

Today, he is co-owner and president of JVK Operations, a commercial laundry and linen service with plants in New York and New Jersey. While his business is laundry, he still looks at operations through the eyes of an engineer.

And that means he wants data.

So, it’s no surprise that Samuel makes use of laundry information-reporting software to analyze how his plants are performing.

“Let’s say I have a tunnel washer, and it’s supposed to put out 35 loads an hour,” he says. “I can look at the data, from anywhere in the world, and see that I only got 32 loads this hour. I can look at the data and see that the tunnel wasn’t operating for five minutes during the hour. Maybe the operator wasn’t paying attention. Or, the system can tell me that the water pressure went down. It’s all about the information. The computer tells me when there is a problem.”

“The Mildata system can provide data collection, report generation, central programming and system monitoring,” she says. “Mildata Milmetrix records raw data such as weight, formula, machine faults, run time and diagnostics for each load of goods. This information is sorted and tabulated to provide several reports for any day, week or user-defined period. Color graphs are also available for each report.”

Data has been called the future of laundry operations, and information systems are becoming more engaged in plants, driving the industry.

According to Tom Kindy, regional sales director for Chicago Dryer Co., every version of the software that information companies release for the laundry and linen service industry improves. That’s because the software companies are learning what’s important to the industry in general, and to operators and managers, recognizing what the critical data points are.

One way laundry information systems are improving today, and will continue to improve, is from the standpoint of alerts. A laundry manager can be alerted to issues via text or e-mail, however he or she chooses.

“That’s what’s been happening and is becoming more prevalent,” Kindy says. “Say your tunnel goes down, or your rail system. You want to know about that right away. That’s critical, but it can be expanded beyond that, as deep as you wanted to go.”

He says a plant manager could track every single machine if it falls below standard.

“Will we all be going that deep, or want to go that deep? No, but a lot of operators will want to see all of that information, so they can monitor everything that is going on in their plant,” says Kindy.

Not only is the software providing alerts for machine operation, the alert system is moving into the realm of preventive maintenance.

“It gives you an accurate record of if these tasks have been performed and by who,” Kindy says. “It has the ability to track parts on equipment, helping with parts management.”

Steve Wilbur, director of engineering and product development for G.A. Braun Inc., adds that today’s systems can also notify the original equipment manufacturer (OEM) that parts are needed at a particular laundry, thus putting them in the hands of the operator when needed for scheduled preventative maintenance.

“This type of access/presentation can also predict potential trouble with a piece of equipment before the trouble happens, giving operators the chance to correct the situation before incurring lengthy unplanned downtime,” he says.

Of course, Samuel makes use of his alert feature when it comes to preventive maintenance.

“I can say, ‘Oh, it’s Tuesday, so I have to do this, this and this on these machines,’” says Samuel. “Or, say I have bearings that have to be replaced after 5,000 hours. The system sends up a flag after 4,000 hours that the replacement time is coming up. You can prepare for it.”

THE PULL OF DATA

Up until now, Kindy says the laundry industry has been all about “push.” Push the laundry through the plant. Laundry comes in, push it out. That’s changing, and data is pointing the way.

“Now they want to look at it from the other end,” he says. “What are the requirements by the customer at the end of the day? Software is going through the system to tell me and the operation what I need to process and when to meet those requirements.”

Samuel is already using data in this fashion in his plants.

“That’s the direction they’re trying to get to so that the laundry becomes far more efficient—intelligent laundries,” says Kindy. “And it all starts with collecting that data. You have to know what you’re accomplishing so you can, ultimately, get to those goals.”

Miss Part 1 on performance and finding the right data? Click here to read it.