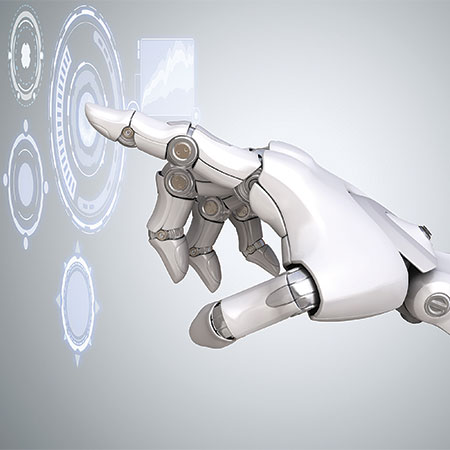 CHICAGO — Vinnie Samuel is an engineer at heart.

In fact, he has a master’s degree in electrical engineering.

Today, he is co-owner and president of JVK Operations, a commercial laundry and linen service with plants in New York and New Jersey. While his business is laundry, he still looks at operations through the eyes of an engineer.

And that means he wants data.

So, it’s no surprise that Samuel makes use of laundry information-reporting software to analyze how his plants are performing.

“Let’s say I have a tunnel washer, and it’s supposed to put out 35 loads an hour,” he says. “I can look at the data, from anywhere in the world, and see that I only got 32 loads this hour. I can look at the data and see that the tunnel wasn’t operating for five minutes during the hour. Maybe the operator wasn’t paying attention. Or, the system can tell me that the water pressure went down. It’s all about the information. The computer tells me when there is a problem.”

“The Mildata system can provide data collection, report generation, central programming and system monitoring,” she says. “Mildata Milmetrix records raw data such as weight, formula, machine faults, run time and diagnostics for each load of goods. This information is sorted and tabulated to provide several reports for any day, week or user-defined period. Color graphs are also available for each report.”

Data has been called the future of laundry operations, and information systems are becoming more engaged in plants, driving the industry.

“To this point, everybody always looked at PPOH (pounds per operator hour), maximize PPOH,” he says. “But, it’s no longer limited to linen production. That’s a crucial element, but it’s gone far beyond that. It’s far more reaching, and it’s expanding all the time.”

“Having this data available, and being able to analyze this data, is top of [an operator’s] list,” says Kindy.

At least, it should be high on the list.

“Data is a topic that many in our industry are still lacking to grasp and efficiently make use of,” says Steve Wilbur, director of engineering and product development for G.A. Braun Inc. “As our industry catches up with others in this regard, data will and should play a significant role in all aspects of plant operations.”

And it will pay, quickly, for laundries to catch up in terms of data. If a laundry installs a production management system to manage the plant, Kindy says managers immediately become aware of where there are inefficiencies.

“Just having that system in place in and of itself often improves productivity, mainly because, in all honesty, staff is aware that they are being managed, they’re being monitored, eyes are now on them,” he says.

Wilbur says that another quick, easy improvement that can come from a data system is weight. Using data provided by either rail or load conveyors, operators can ensure they are loading their tunnels or washer-extractors to the appropriate rated load weight.

Obviously, a laundry data information system can help a plant go beyond quick fixes and aid in the operation meeting its own goals.

“Most plants have set a standard, ‘We need a thousand pieces per hour through this machine or system,’ but unless you have something to really effectively look at that over the course of, not only in real time, but also over hours and days, you don’t have a good awareness of how effectively you’re meeting those standards,” Kindy says.

The standards are entered into the system when it’s installed, and the laundry gets clear information right away whether it’s meeting the standards. He says putting a system in place makes managers aware of what’s going on throughout the facility, and they can make immediate improvements.

Laundry management systems today can provide tables of information. Tables upon tables. The sheer amount can be overwhelming.

A key to overcoming information overload, according to Kindy, is tailoring the system to the needs of a particular laundry.

“Everybody sees their needs a little differently,” he says. “They need to tailor the system to engage the critical data points to them, what’s readily and easily available to them are those data points. And then once you see red flags, you can drill down to whatever you’re looking for. By having it charted and graphed, where you can look at specific areas of the laundry, specific machines, specific operators, then it kind of slaps you in the face.”

When it comes to tailoring an information system, data points for different levels of management have to be determined, according to Keith Ware, vice president of sales for Lavatec Laundry Technology Inc.

“Does the tunnel operator need to know the gallons per pound being used by the tunnel for every load? Probably not, but it is a good indicator for the production and maintenance managers to share with the chemical provider to make sure the wash process is most efficient,” he says. “We often see operators who focus on too much information, but they cannot accurately tabulate the results to make meaningful decisions on the hordes of data some systems can produce.”

He says it is essential to have a system that has roll-up reports for different levels of management. Too much data can be counterproductive to an operation. It should be simple, concise and timely for a manager to be able to react during the day to correct issues affecting performance and profitability.

Ware recommends that each laundry focus on collecting various levels of data. First, there is short-term feedback from a data management system, such as pounds sorted, pounds washed, pounds dried per hour, pieces fed and folded, and pieces or fill rates packed out, compared with daily orders. These short-term data points allow each supervisor to react to the daily performance of the plant.

“There also are daily reports that should be used to review the day’s results: total pounds produced, total pieces produced, hourly labor by department and the efficiency of each department, order completions by product and customer, and overall pounds per operator hour,” he says. “These are next-level management reports that track performance and overall plant efficiency.”

Long-term reports are the daily results rolled up into a weekly or monthly report that help determine the performance and direction the operations is heading.

“We worked with one plant that could not understand why results were not improving after equipment upgrades,” relates Ware. “Once they reviewed the daily and shift performance, they learned the second shift was getting worse in performance while the first shift improved slightly. This allowed them to focus on the problem and put more resources on the second shift. Soon, they saw the key indicators improve. Without the per-shift performance data, this issue may not have improved.”

Kindy says many don’t even realize what effective use of the equipment is.

“They may be getting considerable downtime in their equipment, so systems like this can gauge not only the availability but also the utilization of that equipment,” he says. “Unless you’re out there, on that floor, and you have a really good production manager who sees all this, you very often won’t get great machine utilization.”

The final step, Ware says, is to make use of the data points a plant has deemed critical to its operations.

Gotli Labs, a partnership of JENSEN-GROUP and ABS, says operators need to know the numbers, but, more importantly, the why behind the numbers. Why didn’t the machine or the employee reach their production standard? Why was the machine down for 30 minutes today? Why was there no product to process? If the manager can find an answer to the why question, they can change and improve the processes and the performance of a machine, a person, a department and the entire plant in total.

“Today’s data systems provide details on a machine’s uptime and idle or downtime,” says Wilbur. “Using this information allows operators to ensure that the root cause of idle/downtime is identified and dealt with. Too many times, machine utilization is not monitored or tracked and can easily cause significant upsides when that extra capacity is used.”

“This has provided information, but it doesn’t give them the depth of information you can get from a built-in system, like our CHI•Touch,” he says. “We can export the data right out of the machines. They get a much clearer picture of what’s going on. Direct them to specific areas on the machines, instead of having to go on the floor and watch the machine.”

In fact, laundry operators don’t even have to be in the same zip code to make use of plant data. Today, many systems offer remote access to the information over the cloud on smartphones and tablets.

“Say your plant’s in New Jersey and you’re in Florida,” Kindy says. “You go on the cloud, and you’ll have that visibility tailored to your needs. Companies that are making this software are making it easy, making it very visual in nature, and then from there, you can drill down to find out where your problems are.”

“I have plants in New Jersey and New York. I can troubleshoot my plants, no matter where I am,” he says. “The general manager doesn’t have to be near the tunnel washer to see what’s going on. He can be back at the dryers and know what’s going on with the tunnel.”

Check back Thursday for the conclusion on improvement and the “pull” of data.