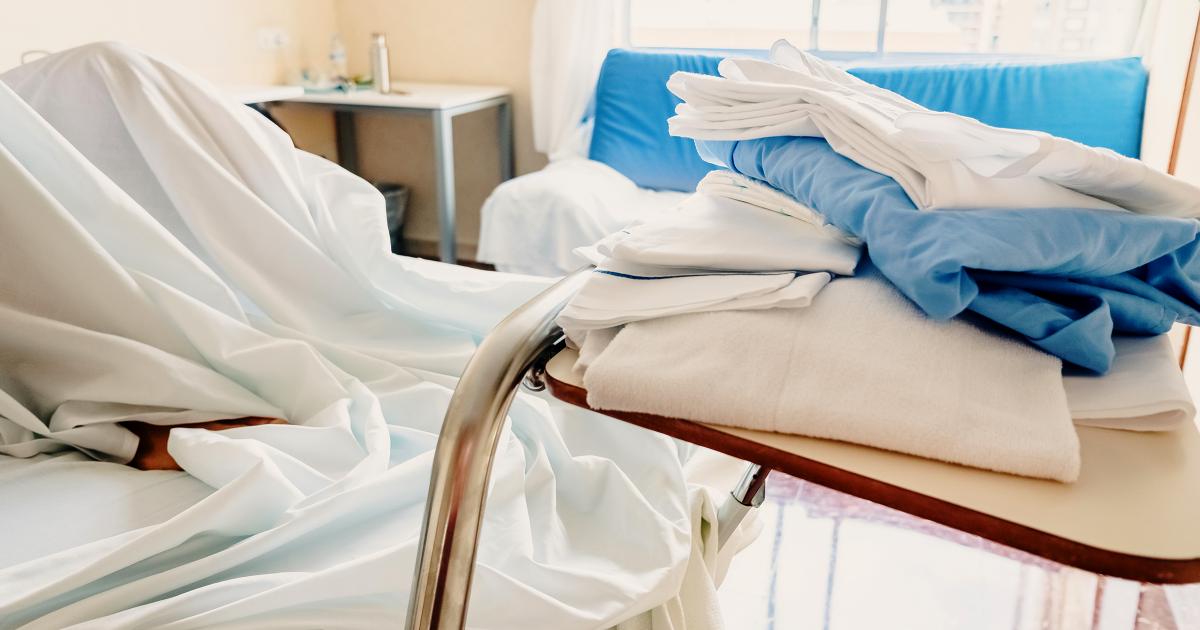 ROANOKE, Va. — It was shortly after I started working in Milwaukee that I ran into the problem of contour sheets that were too short to fit the hospital beds.

I was getting numerous phone calls from nurse managers complaining that the contour sheets were not fitting properly on the beds. We were using a traditional woven contour sheet made from T-180 fabric.

My first thought was that perhaps some sheets were getting into my system from some other facilities. We were using 84-inch-long contour sheets as opposed to the traditional 80-inch contour sheets. The problem of screening out short sheets that all looked alike would be very difficult.

I started measuring the contour sheets after processing and quickly found out that the majority of the contour sheets were around 76 inches in length and as such, they could not fit our existing mattresses. The large number of sheets caused me to quickly check with my vendor to make sure they had shipped in the correct product. The company was able to clearly demonstrate that the problem was not on their end, but I still had some doubts.

When my next order of contour sheets arrived, I had the staff measure them before they went into service to prove that we were getting what we had ordered. This step quickly proved that the vendor, at least on that shipment, was not the source of the problem,  So we continued to investigate why the contours were so very small.

I next took a small number of the new contour sheets that had been measured and processed them through the tunnels and then remeasured them. They passed that test and the sheets performed as expected.

Next, I took these sheets and ran them through the thermal fluid ironers. Here I discovered the true source of the problem. Every time we ironed the sheets, we saw dramatic shrinkage on each sheet.

This surprised me, so I started to investigate the ironers. My production manager was attempting to increase production through the ironers by turning up the temperature of the thermal fluid.

The consultant that designed our laundry had set up a ìno dryî station for sheets so that they bypassed the dryers and went directly to the ironers. Because of the higher moisture content in the sheets as opposed to those that had been conditioned, the production manager was using higher temperatures to iron at in an attempt to compensate for the change.

In talking with the technical experts at the textile company I came to learn that the sheeting material was fixed with a permanent-press feature and size stability chemical treatment at 375 F. We were operating our ironers at 525 F. What we were doing, in effect, was destabilizing the sheet and causing them to shrink as much as the fibers could be impacted.

Our solution to both problems was reducing the thermal fluid temperature to below 375 F and making the required adjustment in speed. This immediately solved the shrinking problems, but it still took a while to get all the damaged sheets out of the system. Our ironer pads began to function properly and their life increased into a normal range.

This was a costly lesson to learn but surely one that I have never forgotten.