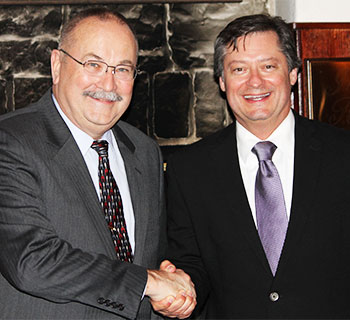 Hart joined Grand Prairie, Texas-based Kannegiesser USA in 2004 as vice president of marketing, bringing with him more than a decade of industry and product experience. He was promoted to executive vice president in early 2012.

Dreher, who served as president for 13 years, will retain an advisory role that involves marketing the Kannegiesser brand in the Americas.

Kannegiesser GmbH President and CEO Martin Kannegiesser says both Dreher and Hart have demonstrated abilities in combining leadership and teamwork.

The two men thanked the staff and Kannegiesser for their support in making the U.S. market the company's third largest behind France and Germany.

Kannegiesser USA is planning to display several products new to the United States at the upcoming Clean Show.