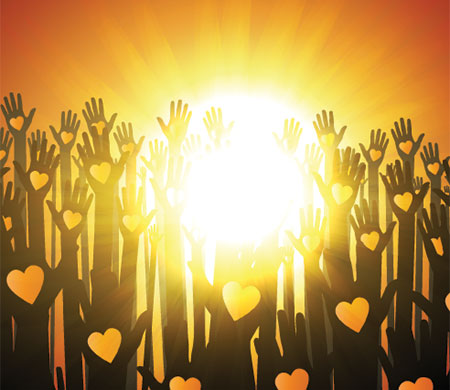 Hammering for Habitat for Humanity, towels for hurricane victims, more

But it’s also good at doing good—giving back.

Over the past year, laundry operators and suppliers have lent a helping hand to those in need, from local groups to overseas.

Read on for a few examples of the good the industry has done over the past year.

Under the direction of Habitat for Humanity construction staff, the Eastern Funding team members helped with demolition, framing, putting down floorboards and other tasks.

In addition to employees giving their labor and time to the effort, the company says it also supported Habitat through a monetary donation. According to Habitat for Humanity New York City, the donation will help the organization’s work in “transforming lives and communities by building quality, affordable homes.”

“Two of our fundamental principles and practices are to do the right thing and to be compassionate,” says Michael Fanger, president of Eastern Funding. “Giving of ourselves to others to improve lives and communities is doing the right thing. Helping those less fortunate than ourselves is being compassionate. Habitat for Humanity is an outstanding organization that makes it possible for so many to do the right thing and to improve lives in the process.  We are honored to do our part.”

MORE HAMMERS IN USE; ADOPT A FAMILY

Continental Girbau Inc. employees also contributed to a Habitat for Humanity project near the company’s headquarters, in Oshkosh, Wis., in July, it says.

“Continental’s executive committee has donated financially to Habitat for Humanity for several years, but we wanted to take those contributions a step further,” she says. “As a work family, we feel very blessed and wanted to help others who aren’t as fortunate.”

In doing so, the executive committee launched a more aggressive and ongoing philanthropic campaign to give back to the Oshkosh area community and those in need.

“One home is being built for a family of five with a teenager with cerebral palsy,” says Skupus. “The other home is being constructed for a single mother with two children under the age of two. Her adopted nephew has sickle cell syndrome.”

Habitat works in 1,400 communities across the United States and in approximately 70 countries and has helped 9.8 million people achieve strength, stability and independence through safe, decent and affordable shelter.

Continental Accounting Clerk Kim Kallas enjoyed working with her co-workers on the project.

“It made me feel good to be part of a company that is involved in the community and helping others,” she says. “It was nice to work with others in the company who might not work together on a daily basis. I can’t wait to do it again.”

For the holiday season, Continental launched a company-wide campaign for The Salvation Army’s Adopt-A-Family. This holiday program is designed to assist families who are in crisis as a result of unemployment, homelessness, medical issues or other difficult circumstances, and who otherwise wouldn’t have the resources to celebrate the holidays. Families who are adopted are provided with food, clothing and gifts from their sponsors.

“The company has contributed to the program for the past two years,” says Skupus, “but now we are actively getting everyone involved here.”

Magnus Textile, based in Chelmsford, Mass., donated nearly 4,000 towels to the Red Cross in Puerto Rico to aid in the hurricane relief effort following the devastation of Hurricane Maria, the company reports.

Magnus worked in conjunction with Crown Linen, as well as JSA Trucking, in the delivery of the towels to the Red Cross.

The company says Ryan Zaucha, Southeast sales manager for Magnus Textile, responded to a request sent out to the Florida hospitality community by Mary Esposito, a member of the disaster action team.

Hurricane Maria is the worst natural disaster the island has seen in nearly a century, the company says. Organizations on the ground have called it a humanitarian crisis, with the majority of Puerto Ricans stuck lacking running water and electricity. An estimated 30,000 to 90,000 homes were destroyed in the storm.

“The Magnus Textile team was grateful for the opportunity to support the Red Cross efforts in Puerto Rico,” says Zaucha. “Our thoughts and prayers go out to those in Puerto Rico still suffering from the devastation of this terrible event.”