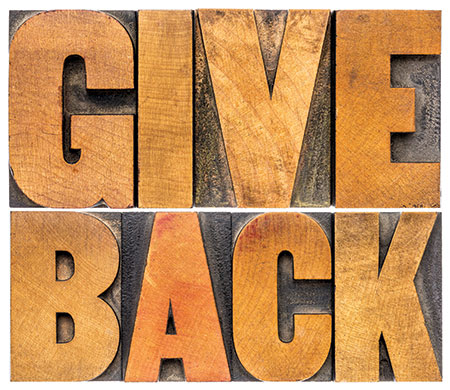 But it’s also good at doing good—giving back.

Over the past year, laundry operators and suppliers have lent a helping hand to those in need, from local groups to overseas.

Read on for a few examples of the good the industry has done over the past year.

FROM HOUSTON TO EL SALVADOR

As a response to the devastation Hurricane Harvey left behind in 2017, the company opened its distribution center in Eudora, Ark., as a clothing donation drop-off site. Superior says it successfully donated over 25,000 garments to victims in Houston and its surrounding areas. In addition to the clothing, the surrounding community came together and collected cleaning supplies, food, diapers and water, along with other needed items.

Superior Uniform Group says it also participates in international humanitarian aid. The company has donated more than 60 intermodal containers over the last 17 years to the less fortunate throughout the world. A container consists of 25,000 to 30,000 pieces of brand-new donated uniforms. In 2017 alone, Superior says it donated more than 60,350 garments to cities in Central America and the Caribbean, and to various foundations and missions all over the globe, including FUSAL, Provision International and other organizations.

One full container was sent to El Salvador to the Salvadorian American Humanitarian Foundation (SAHF). Most of that clothing was donated to charity hospitals that have a limited budget and are in need of assistance. Also, SAHF does work throughout poor communities, and the donations will be a relief to many.

Superior Uniform Group sent another container to Provision International out of Billings, Mont. Provision International is a worldwide Christian ministry of outreach that strives to meet the needs of the less fortunate and downtrodden populace. The donations to Provision International also support “Moody Ministries,” a foundation that aids a school in a low-income area with 400 children attending. These donations are vital in an area where the average wage is less than $1 per day. Areas in Haiti, Dominican Republic, El Salvador, Honduras, Nicaragua, Peru and Africa are just a few of the regions that benefit from donations.

Superior Uniform Group says its annual giving consists of hosting quarterly on-site blood drives, organizing food drives, participating in Toys for Tots every holiday season, giving to various foundations and hosting quality clothing donations. The company says it is proud of its giving accomplishments, which have become a tradition for the company culture, and it hopes to expand its contributions each year.

“We collect blankets, beds, clothing, food, cleaning supplies and toys for donations to Oklahoma City Animal Welfare to keep our furry friends warm, fed and playful throughout the winter,” he says.

The donations come from all eight of the company’s locations, as well as from local businesses.

Norwood says the company’s goal for the second annual Warmth for Waggers program in 2017 was to double the poundage donated from 2016.

As the 2017 school year began, ImageFIRST Healthcare Laundry Specialists says it donated almost 1,000 backpacks filled with school supplies to children in need through its Backpack Donation Drive. The purpose of the annual drive is to assist in giving children in need essential materials for starting the school year successfully.

ImageFIRST says it purchased all of the backpacks, and associates were only responsible for purchasing the school supplies. Once the drive ended, a handful of associates at each location filled the backpacks with the purchased items. Several ImageFIRST locations throughout the United States participated in the drive, with some of them donating 100 or more backpacks each.

Of the locations that donated the most, ImageFIRST says its Lancaster, Pa., branch donated 192 backpacks to Hands Across the Street; North Carolina donated 144 to Union Hill Elementary and Fairview Elementary; Atlanta donated 100 to Foster Cares; and the corporate office in King of Prussia, Pa., donated 100 to The Boys and Girls Club of Philadelphia.

ImageFIRST says its locations also regularly participate in community giving events to fulfill the company’s purpose to positively impact the lives of its associates, community, customers and patients.

Check back Thursday for three more stories of giving back