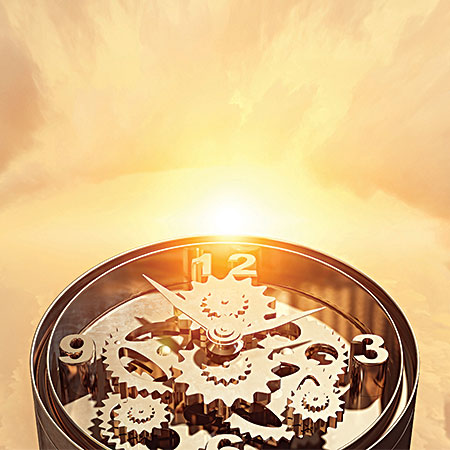 SAVANNAH, Ga. — When David Bernstein, president of laundry equipment manufacturer Lapauw USA, looks into the future of the industry, he sees many changes on the horizon.

And he should know. After around three decades that includes experience in consulting, design, renovation, process improvement and operations, Bernstein can see the big picture of laundry and linen.

Bernstein covered changes in the industry overall, as well as in healthcare and hospitality laundry, during the opening general session of the Association for Linen Management’s (ALM) IMPACT 2018 conference titled Looking in the Future of the Healthcare and Hospitality Markets.

As Bernstein puts it, “Let’s get in our time machine, let’s cast our minds forward, and let’s think about what’s going to be happening in the future of the laundry industry.”

In the laundry industry overall, Bernstein says big changes are coming, with some already here, when it comes to labor, minimum wage, regulation, accreditation and consolidation.

In terms of labor, he sees the biggest changes coming from generational issues. The generation most affecting the work environment? Millennials. He says millennials think differently than baby boomers and Generation X.

For example, a large percentage of millennials say regular office attendance is unnecessary.

“A real problem for this generation is simply not coming back to work,” Bernstein points out. “It does happen on the production line. It’s hard work, and when the 10 o’clock break comes, those who can’t do it are gone. But this happens in the office with millennials.”

Millennials also check their smartphones, on average, 43 times a day, and they are friends with managers on Facebook.

Millennials are the current and future workforce, and Bernstein says laundries have to consider their different mindset when thinking about how to attract them and, more importantly, how to retain them.

“When I look at resumes when I’m hiring for a job at my company, it used to be you’d see, ‘I worked here for 15 years, then had the opportunity to work for another company for 10 years,’” he says. “Look at resumes today, and you see (they) worked for one company for a year, another company for six months, another for two years, another for three years. I ask why is this, and I get the strangest looks from the millennial generation because, for their generation, that’s what you do.”

Bernstein says it’s key to retrain managers in regards to what life is like for a millennial. A company has to do things that interest them and keeps them working for the company.

“It costs money to find, hire and train. The last thing you want is a year or two later for them to leave,” he points out.

A big advantage for attracting and retaining millennials is that they can teach businesses how to use technology, says Bernstein. The laundry industry is more reliant on technology, so being able to hire millennials who can help with that technology is “huge,” he shares.

However, as Bernstein mentioned earlier, the millennial generation quite often uses that technology to be active on social media. Because of this, he says laundries need to think about their social media policies.

“My recommendation would be A) if you don’t have a social media policy, craft one; B) if you do, it might be time to re-look at it with some of your millennial employees, make sure that it’s fair for everybody, and everybody agrees it’s a policy that’s workable,” Bernstein says. “Like it or not, your employees are going to post to Facebook about their work.”

The most cost-effective way to handle rising minimum wage and costly labor, according to Bernstein? Automation.

“If I could run a laundry with only robots, and all I’d have to hire are technicians, I would do it,” he shares.

Bernstein points out that a lot of a laundry’s minimum-wage jobs require technical skills and education a worker may not have. A laundry has to provide that training to them as well as attracting, hiring and retaining.

“And if I can stand there at Walmart and say, ‘Welcome to Walmart,’ I’m more likely to do that than feeding pillowcases into an ironer for the same amount of money,” he says. “How are you going to attract and retain people when you’re competing against what are arguably easier jobs?”

With automation, which Bernstein points out is already growing in the laundry and linen industry, comes the need for skilled workers to service a laundry’s “robots”—washers, dryers, feeders—but many laundries can’t find skilled maintenance employees.

“The industry is responding,” he says. “Associations are looking into apprenticeship programs. Operators are responding by bringing people in at a younger age, training them and then doing everything they can to retain them.”

One solution is to hire former military personnel.

Other ways the overall industry is changing, he says, is through government regulations, accreditation considerations and business consolidation.

“OSHA is on your back, less so today than two years ago, but as employers, we have a moral responsibility to ensure that those employees who walk in our door in the morning walk out that door in the afternoon. And that when they walk out that door, they have all 10 fingers and all 10 toes,” says Bernstein. “The government sometimes steps in and goes a little bit further than some of us. Safety regulations keep coming. Increased regulations are coming.”

In addition to the regulations, he points out that insurance rates are going up—workers’ compensation is going up and health insurance is going up.

“Everything is going up,” Bernstein says. “It’s pushing you, along with the minimum wage, to think about your pricing and your revenue model.”

Besides safety and insurance regulations and changes, he shares that environmental issues continue to grow in importance for the industry. Fortunately, there have been a lot of changes in the industry with programs, also with technology that vendors are coming out with.

“My goodness, we’re recycling water, not just reusing it,” he states. “That’s an amazing technology that wasn’t even considered 10 years ago, and now we’re doing it.”

Also, energy utilization has improved, which is a good thing because as Bernstein pointed out that what happens in California eventually comes to the rest of the country. California is now testing commercial industrial dryers.

In terms of accreditation/certification, Bernstein says the industry needs to come together.

“There are all kinds of acronyms, certifications, all kinds of different testing methods,” he shares. “There’s an argument in the industry about whose efficacy testing is better than whose efficacy testing. It’s confusing to the end user of the linens. At some point, the industry is going to have to come together about what’s hygienically clean, because right now, we’re all over the board.”

Finally, today, there are fewer companies doing more laundry than ever, Bernstein says. And businesses that utilize laundry services are consolidating, making it challenging to hold on to and garner more business.

Check back Thursday for the conclusion on healthcare and hospitality changes.