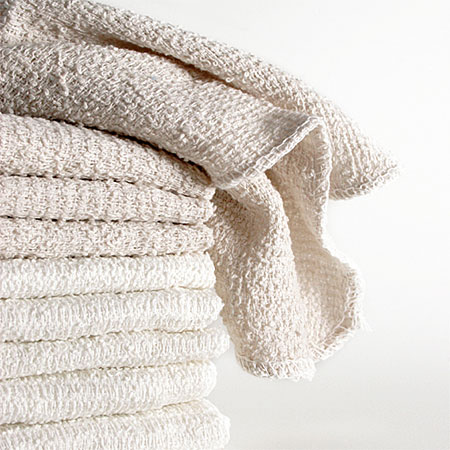 ROANOKE, Va. — This month, I thought I would reflect on some of my favorite cost-reduction ideas. I have developed these over my 42 years in the healthcare laundry business.

Other cost-saving ideas usually involve reducing operational costs through work simplification, inventory simplification, energy-cost reduction or reducing linen replacement costs by reducing abuse, theft or staining. My emphasis this year has been in the area of energy reduction.

Many healthcare organizations are struggling with staining problems caused by chlorhexidine gluconate, the active ingredient in some hand soaps. It will change from a clear liquid into a nasty brown or yellow stain in the presence of chlorine.

Billing the end-user for linen usage has proven effective in reducing the amount of linen used, as well as the associated replacement costs due to theft or abuse. The key to these reductions is the ability to get the end-users to see linen as a hospital supply with a defined cost, instead of a free item. Linen should be budgeted for by the end-users just like other supply items.

The labor cost associated with operating a laundry is directly proportional to the number of times a piece of linen must be handled, from the time it arrives in the laundry until it is ready to be returned to the end-user. A careful review of the workflow will lead to areas where handling can be reduced, thus saving labor.

One of my favorite ways to reduce linen costs is in the finishing of washcloths. Many facilities either stack washcloths flat in stacks of 50 to 100 or they fold them in half before they stack them. Either way, it requires a large amount of labor. Inspecting washcloths and then tossing them into a plastic bag positioned on a scale so that the correct quality (50 or 100) can be determined by weight has the potential of reducing 60% of the labor used in finishing washcloths. Many organizations are already stuffing knitted fitted sheets into a bag for delivery to the end-users. Why not do the same thing with washcloths?

Those facilities that have gone to bagging washcloths have found a reduction in the number of washcloths used per patient. One theory behind this reduction involves how easy it is to grab more washcloths than you need off of a stack, while it is harder to get extra ones out of a bag.

Do not try to save big dollars on washroom chemicals. Washroom chemicals represent a very small portion of your overall budget, but poor performance in this area can result in higher costs in both labor and linens.

The most efficient way to produce linen is to do it right the first time. The largest cost in operating a linen-rental operation is labor and the second largest cost is linen replacement. The goal of your wash formula should be to maximize the life of your textile products while minimizing the amount of rewash (wasted labor).

There are many opportunities to reduce energy costs in your laundry operation. They include fixing steam and air leaks. New, more energy-efficient textiles are on the market that require less time to dry. Faster dryer times represent less energy consumption and increased capacity. Lowering the washing temperature can also result in lower energy consumption.

We have recently switched our thermal spread to a 100% polyester product along with our knitted contour sheet. We expect to see decreased dry times in about six months with the full savings being available in 18 months. We also expect to see a longer life on the product and a more consistent color in the thermal spreads.

The opportunity to lower costs in the laundry business are numerous and seemingly unending. Once you start looking for them, one idea quickly leads to another.

Through experience, we have learned that the purchase of dark brown washcloths removes the issue of permanent brown/yellow/pink stains which are set when washcloths come in contact with hibiclens or dermaseptin which set a permanent stain when the product residue comes in contact with chlorine.

It seems that most cost cutting ideas of laundry managers ignore the values of an ozone retrofit to their washroom.  The proper sizing and installation of ozone equipent systems provide a quick return on investment (ROI), satisfaction of Environmental; regulations, reduction of the use of Hot water (Saving energy and reduction of water consumption while providing a Clean, sanitary odor free product  would be a big draw to managers, yet it is ignored,

The savings keep on coming after the equipment is paid for,