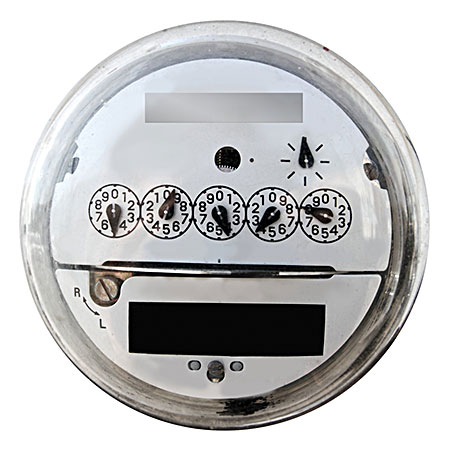 ROANOKE, Va. — Every dollar saved in the area of utility expenses will decrease your costs or add profit to your bottom line. There are three key utilities that a manager should track on a monthly basis: 1) electricity, 2) natural gas and 3) water (I include sewer in this category).

Natural Gas — Tracking usage is not hard but can sometimes be confusing depending on how your utility company defines your usage on the bill. Most people will work with either Btu or MMBtu. The British thermal unit (Btu) is a traditional unit of energy needed to heat one pound of water by one degree Fahrenheit. MMBtu stands for 1 million British thermal units.

I track my natural gas usage to determine how efficiently we are using this energy source. Earlier this year, the cost of natural gas dropped, therefore my cost in this area decreased. But what I really want to know is how much I used per pound. It is possible to show a cost savings in natural gas due to lower pricing by the supplier while actually using more than I should.

The key is to focus on how much I am using per pound of clean linen. TRSA has a “Clean Green” target usage of less than 3,000 Btu per pound; currently, my plant is using 1,801 Btu per pound. Last year, I began to switch over thermal spreads and contour sheets to items made with 100% polyester. The goal was to decrease energy costs (natural gas) and increase plant productivity by decreasing dryer times. By tracking a figure like Btu per pound on a monthly basis, I should be able to determine if the program is successful in reducing utility costs.

It is also important to track this cost because greater usage per pound could be signaling possible equipment problems. Boilers with heavy scale build-up are less efficient than those that are properly maintained. Dryers with leaky door seals will use more gas than those that are properly maintained. Steam ironers with malfunctioning steam traps increase the use of natural gas.

Water — The unit of measurement here is gallons per clean pound. The TRSA Clean Green target for water is less than or equal to 2.6 gallons per pound; my plant uses 1.46 gallons per pound. What is the advantage of tracking your gallons per pound? First, it gives you a benchmark to measure against when making changes to wash formulas or repairs to washing equipment. How much water can you save by repairing a leaky drain valve on a washer, repairing a leaky faucet or eliminating one flush from a wash formula? In California, the governor just announced extreme water-conservation regulations. Adding a water reuse system should lower your water usage by at least 50%.

We are basically charged for water twice: first as it enters your plant as clean water and again when it leaves your plant as sewage. In most areas of the country, one pays more for sewage than for the water itself. Keeping an eye on water usage over time as changes are made in your laundry will help you determine whether the changes were a good idea or not.

Electricity — In this area, we track kWh (kilowatt-hours) per pound of clean linen produced. The types of lighting used in the laundry, the hours of operation, and what equipment is allowed to run around the clock impacts this figure.

One laundry I visited used to run its air compressors around the clock because the boiler level controls were pneumatic instead of electrical. By changing the control type, this laundry was able to reduce compressor time by 4,056 hours per year. The laundry also enlisted a company to perform an air leak survey on its system; a number of leaks were identified and then repaired. This further reduced the air-compressor load, thus reducing the kWh that were being used per pound.

Tracking the amount of energy used and comparing it to the number of clean pounds shipped can help a manager stay on top of these important costs. One can determine if changes in the laundry have a positive or negative effect on the cost of utilities. The more data points you have, the better your decision-making will be.