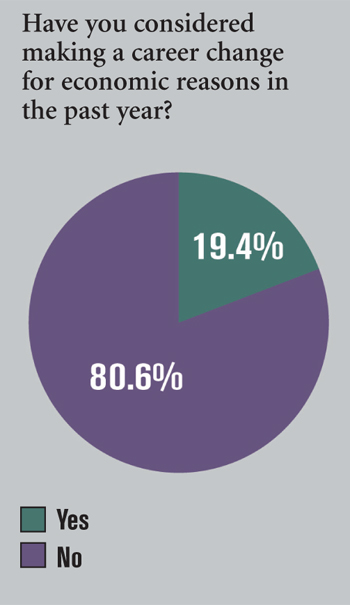 CHICAGO — Thanks to Halloween, October is a time of year that’s synonymous with fear. The fright is intended to be all in fun, but things sometimes happen in our industry that can cause a real scare. So, American Laundry News asked its Wire subscribers about what gets their hearts pounding.
The sudden closure of manufacturer Washex in late September (Editor's note: see the story here) left some laundries scrambling to find spare parts for that equipment brand. So, we asked how a similar manufacturer’s exit would affect their operations.
Nearly 42% of respondents to our unscientific survey said they have an alternative source for parts and could carry on without fear, but one-third said they have no backup and would need to locate a new source quickly. One-quarter of respondents aren’t sure how they would be affected.
Any number of scenarios could give a laundry/linen manager the chills, and we asked Wire subscribers which of several possibilities would frighten them the most. The scariest, according to 24.3% of respondents, is having a key piece of equipment out of commission. Running a close second is the power being out for an extended period of time (21.6%).
A union trying to organize employees or management calling for more budget cuts were each seen as most frightening by 13.5% of respondents. Other scary scenarios receiving multiple votes were a staff member falling ill with H1N1 flu and the laundry being fined for improper wastewater disposal.Wire subscribers had the opportunity to share the most frightening thing to have affected their laundry, and here are some of their anonymous responses:

Facing our country’s economic recession and high unemployment, many people have made career changes to survive. Nearly 20% of Wire respondents said they have considered making such a change for economic reasons in the past year.
What is the economic outlook for 2010? More than half of respondents — 54.1% — believe it will be about the same as this year. Roughly 30% believe 2010 will be better, and 13.5% believe it will be worse. Approximately 3% don’t know.
While the American Laundry News Wire survey presents a snapshot of readers’ viewpoints at a particular moment, it should not be considered scientific.
Subscribers to American Laundry News’ Wire e-mails — distributed weekly — are invited to participate in an industry survey each month. The survey is conducted online via a partner website. Each survey is developed so it can be completed in 10 minutes or less. Readers are encouraged to participate, as a greater number of responses will help to better define operator opinions and industry trends.
Click here and follow the menu instructions to sign up for the free e-mail service.