CHICAGO — For January’s AmericanLaundryNews.com Wire survey, respondents had the opportunity to look back at 2012 plus examine their priorities for 2013.

Regardless of how their individual operation fared, 75% say 2012 turned out as they expected. Approximately 17% didn’t expect last year’s business results, and 8.3% weren’t sure what to expect in 2012.

Building on quality staff and “other”—most often described as creating greater production capacity—is the top laundry priority for equal shares of 25% of respondents, while equal shares of 16.7% are intent on improving distribution or route management, or marketing their service to attract more business.

The remaining shares of 8.3% see adding or replacing equipment, or increasing productivity, as their No. 1 laundry/linen priority for 2013.

Respondents are confident they will accomplish their chief task. Twenty-five percent say they will, “without a doubt.” Roughly 58% say there is a “good chance,” and the remaining 16.7% put their chances at “50-50.”

Respondents had the opportunity to share the “best” and “worst” things that happened to their operations in 2012.

And some of the “worst”: 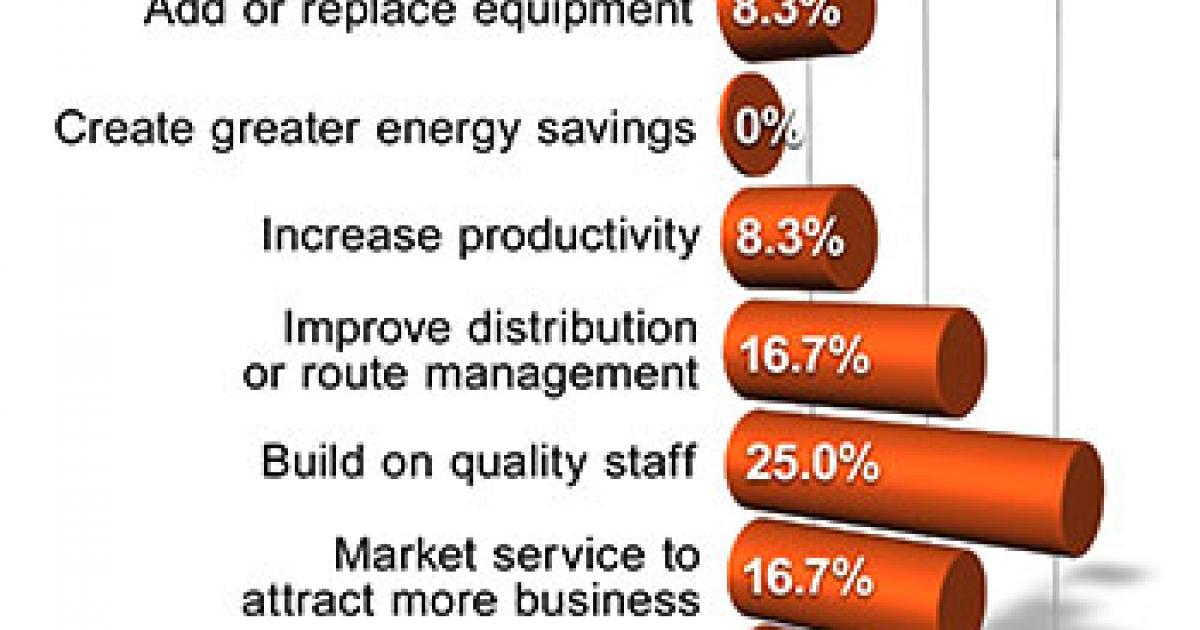