CINCINNATI — Standard Textile Co. Inc., a provider in the healthcare and hospitality textile markets, reports that it’s supporting The Shower of Hope, a nonprofit organization in Los Angeles that offers more than 2,000 showers a month to individuals experiencing homelessness throughout Los Angeles County.

In November of 2020, Standard Textile launched “Standard Textile Cares,” a program to support organizations across the United States that provide mobile shower services to people living either on the streets or in insufficient housing, with a goal of supporting 80,000 showers by the end of 2021.

“I’m inspired by the unwavering commitment The Shower of Hope has demonstrated in its efforts to reach the homeless population in Los Angeles County,” says Gary Heiman, president and CEO of Standard Textile.

“We applaud the commitment of their entire team for striving to make a difference in our communities. We know that acts, both large and small, have the potential of creating a better future for those in need.”

The company’s support of The Shower of Hope extends Standard Textile’s reach to Southern California where people are more likely to live unsheltered. The U.S. Department of Housing and Urban Development estimates that Los Angeles County has a homeless population of about 56,257 people, the second-highest homeless population in the nation.

“We greatly appreciate the partnership with Standard Textile, who has actively supported us by providing critical hygiene items that our guests need to shower,” says Mel Tillekerante, executive director of The Shower of Hope.

“We often forget how important it is to have a shower not just for our physical health, but mental health as well.” 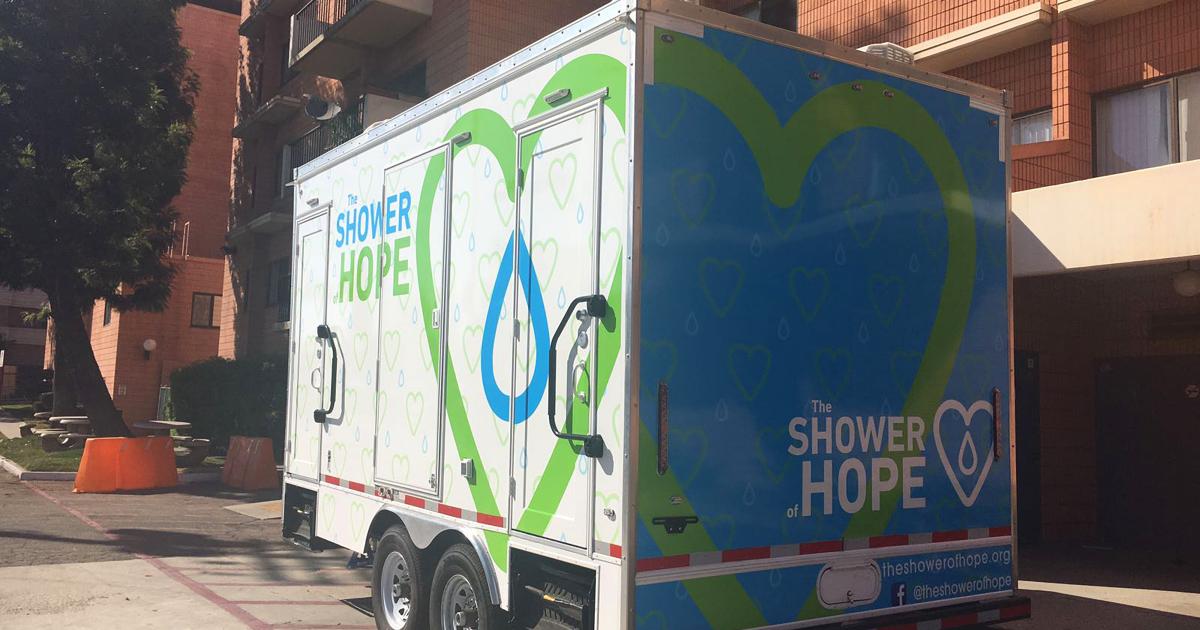 (Photo: The Shower of Hope)