SHAWNEE MISSION, Kan. — The issue of conversion from single-use, disposable underpads to reusable in healthcare facilities is a major one.

It’s a challenge for linen services to educate customers why reusable underpads are better in patient care.

Janice Larson, vice president of clinical resources and consulting at Encompass Group LLC, and Virginia Meyer, director of client services at Crothall Healthcare, discussed the reusable vs. disposable challenge, and how to convince customers to go with reusable pads, during the American Reusable Textile Association (ARTA) webinar entitled How to Convert Clients to Reusable Incontinence Pads.

Advanced, super-absorbent disposable pads began the “takeover” of the underpad market in 2008, Larson says. That’s when Medicare released a list of hospital-acquired conditions, which included Stage-3 and Stage-4 pressure ulcers.

“Medicare would no longer reimburse the hospital for care associated with those two conditions, if the condition developed after the patient was admitted to the hospital,” says Larson.

Prior to that, she says if a hospital used a disposable, called a chuck, it only cost 10 cents, and it was bed protection, not a clinical product. Companies had a more expensive absorbent product, but hospitals weren’t interested. Once ulcers hit the Medicare list, healthcare facilities were willing to spend more money on incontinent care products.

“They brought in professionals, mostly nurses, who now are in charge of evaluating products on three things: the intersection of cost, quality and patient outcomes,” Larson says. “All the sudden, we had an audience concerned with patient outcomes at a reasonable cost. They saw how expensive disposables were, and how cost effective resuables are.”

Both disposable and reusable underpads are advanced, says Larson. Disposables have a super-absorbent polymer in the pad to absorb a patient “void” upon contact. Often disposables have small holes to allow for vertical airflow, which is essential to having an underpad on a low air loss mattress.

“The problem with small holes is fluid can leak onto the fitted sheet,” she says. “The polymers activate completely on void and pretty much block the small holes completely and don’t allow for additional moisture. Also, they may tear after voided upon or tear when trying to position the patient. And there’s a tendency to use more than one, to layer.”

On the reusable side, Larson says the more absorbent pads have soft facing, which is gentle on patient skin. Most have a synthetic quilter inside to absorb moisture.

“The way this works, the polymers in the disposable capture the moisture and hold it in the middle of the pad. In the reusable, the synthetic soaker absorbs fluid and then pulls it away from the center to the edges, away from the patient’s body,” she says. “While it does not have vertical airflow, because it has a barrier backing to prevent leakage, it does have horizontal airflow, breathability allowed by three layers of construction.”

In addition, the reusable can absorb more than one void.

“We would, of course, never recommend that you leave the patient on the pad for more than one void, but those instances happen, and this pad can absorb it,” Larson says. “It’s also quite strong as a positioner.”

She admits that disposable and reusable underpads are comparable in absorption. However, disposables add medical waste. They also have to be inventoried and stocked; they take up space.

“Often they’re packaged in multiples, say five or 10,” she says. “When a package is opened, the rest might be thrown out or sent home with patients.”

Disposables have a low perceived value because they’re made out of paper, says Larson.

“While expensive, they can be used for cleaning, place mats, and nurses don’t necessarily see a difference in high-tech, higher-cost disposables and previous, cheaper editions.”

And healthcare personnel aren’t used to comparing the savings between a reusable and a disposable, she says. And the cost savings are substantial.

“This is very important to go over with the customers because they are not used to comparing an item that has multiple uses to a disposable item that only has one,” she says.

So how can a laundry and linen service shift a healthcare facility from using disposable underpads to reusable ones?

Meyer experienced such a conversion in 2016. In March that year, she says Crothall began a new relationship with a hospital in Tucson, along with its freestanding women’s center and 17 urgent cares and clinics.

First, she says they worked on bringing down other costs, like soil to clean charges, and earned the trust of the leadership.

“Reusable underpads were a big focus in our plant, so it was a natural for me to go ahead and suggest that they take a look at these,” says Meyer. “I was given the green light to investigate any potential cost savings for them.”

She says they investigated how many disposables were being used a day—1,500. Reusable usage would be around 500. Each disposable pad cost about $1.11, while the reusable cost 65 cents each.

“We estimated $500,000 savings annually,” Meyer says. “Even if they continued to use resuables at the same pace as the disposables, there was still a cost savings. It was easy to speak to that and get their attention.”

Once the go-ahead was given, Crothall used historical disposable data, national usage factors, unit bed count and general knowledge of the hospital to establish pars for each user area, she says. Managers and administrators were included in the discussion and agreed on the numbers. Training took place, the disposables were phased out and the reusables brought in.

Of course, there were “hiccups” with the conversion, Meyer says. These included staff leaving patients on pads for multiple voids because of the increased absorption rate, placing the reusable upside down so the soaker faced the bed and not the patient, and staff throwing away soiled reusable underpads.

“We addressed all of these things as they came at us, and I’m happy to say that since then, everyone has embraced the underpad and embraced the change.” Meyer says.

Larson says there are a few things that can help make conversion go smoother. First, get nursing involved sooner rather than later. Make sure the right samples are used in training. Bring in product specialists to handle issues in the field.

And plan on spending time following up. It will take support time after introduction.

“The bottom line is the return on investment in getting this business back is well worth the headache, and you have a lot of support to do it,” she says. 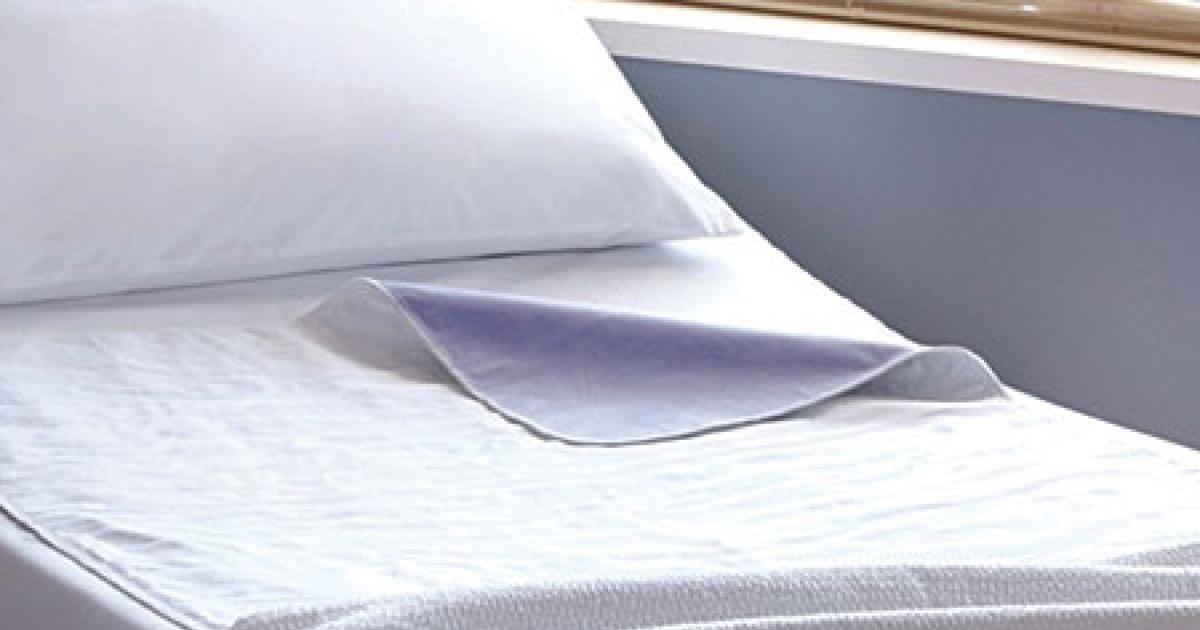