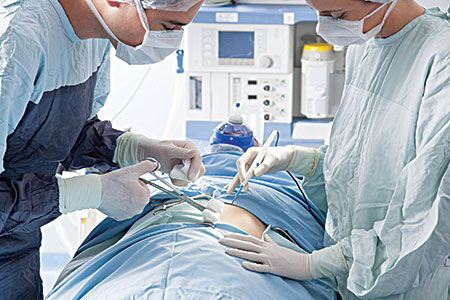 DENVER — Lint and fibers in the operating room (OR) can enter the surgical wound, creating an opportunity for surgical site infection (SSI) and other complications. Some invasive procedures like angiography, which use guide wires, can introduce lint and fibers directly into the bloodstream.

Commercial, cooperative and on-premises healthcare laundries (OPL) can partner with both hospital and surgery center ORs to reduce lint and complications and improve clinical outcomes.

SSIs are also a significant financial problem. According to the Centers for Disease Control and Prevention (CDC), there were 157,500 inpatient SSIs in 2011. While there has been a 17% decrease in 10 selected procedures that were tracked from 2008 to 2014, the issue is even bigger than the data reveals.

In 2013, according to Trendwatch data from the American Hospital Association (AHA), it’s shown that 88% of all surgical procedures are now conducted on an outpatient basis, and outpatient SSIs are not captured in the CDC figures. The total annual costs associated with the treatment of five of the major healthcare-associated infections (HAI) is estimated to be $9.8 billion, with SSIs accounting for 33.7% of that cost.

Medical industry articles have stressed that it is more important than ever to take steps to reduce lint, listing six complications resulting from their introduction into the surgical wound.

Blood clot formation; amplified inflammation; poor-quality wound healing; adhesions and band formation; granuloma formation; and increased incidence or severity of infections have all been linked to lint or airborne particles in the surgical wound.

In addition, a 2015 post in Advanced Healthcare Network for Nurses says that “lint may contain toxic glues, adhesives and/or fire-resistant agents that may leach into tissues, and thereby exacerbate the potentially damaging physiological defense mechanisms initiated by lint itself.”

In practical terms, there is no truth to a blanket statement that a disposable item will lint less than a reusable, or vice versa.

At one end of the fiber spectrum used in the OR, we have natural fibers (mostly cotton), which are inherently short (referred to as the staple length), and must be twisted together into a yarn before a cloth can be woven.

Cotton is mostly blended in yarns with longer-length polyester fibers to give the resulting yarn more strength and the article less propensity to lint.

In the early days, OR textiles were constructed of 100% cotton. Today, the absorbent towel or huck towel is the only major woven article used in the OR that is made from 100% cotton. Cotton huck towels continue to be used due to their ability to quickly absorb fluids and for their low cost.

These towels typically come in two different quality-construction levels. The common blue, pre-sterilized “disposable” OR towel is 100% cotton and is not optimized for reuse. If washed and processed, it breaks down quickly and would be a major lint hazard if reintroduced for use in the OR setting. It is standard practice to dispose of them at the hospital. If they find their way to the laundry, they are repurposed as cleaning rags.

The common green or gray OR towel is also made from 100% cotton, but the quality and length of the fibers are generally better and longer. The yarn twist and the construction are tighter to form a closed, lower-linting weave. These towels are generally able to be rewashed several times, and the laundry will take care to de-lint them before wrapping them in packs for sterilization.

At the other end of the OR fiber spectrum is monofilament fibers (think extremely thin fishing line), mainly polyester. Goods made from monofilament polyester include the non-critical areas of reusable OR gowns, reusable drapes, and Mayo stand, back table and ring stand covers.

Monofilament fiber fabrics can also be used in the critical zones of lower-level-protection gowns. By nature, monofilament fibers are extremely lint-resistant, unless the fiber is damaged in use.

In between these two ends of the spectrum are a wide variety of blended, single-fiber, woven, non-woven, knitted and laminated fabrics, both reusable and disposable. Unlike with the 100% cotton and 100% monofilament fabrics, the fabric’s propensity to lint in this middle area is unclear.

Non-woven fabrics are typically made with short-to-medium length polypropylene fibers entangled together in a web or sheet structure and then bonded chemically, thermally or mechanically. The quality of the fibers and the design of the bond and construction will determine how much these articles lint. The major OR items constructed in this manner are presterilized disposable protective gowns and surgical drapes.

Monofilament polyester microfibers do not shed lint like polypropylene fibers do.

Shelley Petrovskis, director of marketing at Lac-Mac Limited, makers of reusable OR gowns and drapes, says, “Monofilament polyester fibers result in a very low-linting fabric, as there are no staple fibers (the little short guys) which are prone to break off, which in essence becomes lint.”

Since polyester microfibers are known to generate little lint, they are gaining popularity for reusable surgical textile products.

Petrovskis goes on to say, “Monofilament polyester, which has been on the market for several years, is also becoming widely used in the OR for things like OR towels and baby blankets, due to their exceptionally low linting properties.”

Woven articles such as bath blankets, sheets, pillowcases and scrubs are generally blended cotton and polyester, or in some cases 100% polyester. Once again, the quality of the fibers and the construction will determine their propensity to lint.

Knitted fabrics can be found in the critical areas of reusable gowns, drapes and stand covers, and are generally used in a tri-laminate fabric constructed for high AAMI-level (Association for the Advancement of Medical Instrumentation) protection.

These high-end fabrics are designed and constructed to be extremely low-linting, as they are used close to or in the sterile field.

Lint shed from sterile gauze or lap sponges included in custom packs can also be problematic.

Lint and fibers can also be carried into the OR from linens, fabrics, curtains and carpets in the preoperative (pre-op) or waiting areas. Once introduced into the patient’s wound, and over time, significant complications can develop as the patient’s body identifies this foreign substance and attempts to wall off and eliminate it.

Lint or fibers in the OR can enter the patient’s wound in a number of ways. They can attach to the skin cells of the perioperative (periop) staff and then shed into the room. The skin cells can be picked up by the air currents that are present in the OR. These currents can stir up airflow, circulating lint, fibers and other particulate matter, creating the opportunity for them to land in the open wound.

In addition, the lint and fibers provide a mechanism for other airborne substances, such as bacteria, to attach to them and then potentially land in the surgical wound.

The lint and fiber from huck towels, tray liners or wrappers can also adhere or attach to the instruments used in the procedure. As the instruments are used, the lint or fiber is introduced directly into the surgical wound. In each situation, the body responds in a defensive manner to attack, wall off or isolate this foreign substance from the body.

Regardless of the response, each can result in significant postoperative (post-op) complications.

As mentioned previously, there are a variety of complications that can result when lint or fibers enter the patient’s body.

Adhesions—Adhesion formation is a band of scar tissue that binds two parts of tissue or organs together. Adhesions can appear as thin sheets of tissue similar to plastic wrap or as thick fibrous bands. Adhesions can lead to pain, and over time can constrict the blood supply to the surrounding tissues.

Infections—Lint and fibers in the wound increase the risk of infection. When kicked up by air currents in the OR, they attract bacteria and other microorganisms and are carried into the wound.

Unfortunately, the process of normal, healthy wound healing is disrupted, and inflammation occurs, which over time disrupts wound healing all together. The continued inflammation prevents complete wound healing, resulting in increased scarring and a suture line that is weak and frail. This condition adds an increased risk of surgical site infection and dehiscence (parting) of the wound.

Granulomas—A granuloma is a mass of tissue that is formed when the body’s immune system attempts to wall off substances it perceives as foreign but is unable to eliminate. These substances include lint and fibers.

Some examples of this would be bowel obstructions or peritonitis, an inflammation of the abdominal cavity.

Blood Clots—When lint or fiber enters the patient’s bloodstream via a guide wire, the body’s defense mechanism is to create a blood clot to surround, capture or seal off the foreign substance. Unfortunately, as the body continues to respond to the foreign substance, it causes the clot to get bigger and bigger.

As the clot enlarges, it can become a serious risk by lodging in a blood vessel and blocking the blood supply to the surrounding tissue. A blood clot lodged in a coronary artery or lung can be fatal.

HOW CAN THE COMMERCIAL LAUNDRY HELP?

Reusable linen items that are processed by laundries (especially those that contain some natural fibers like cotton), and that have the greatest potential of contributing to linting, are:

OR managers and nurses should be aware of the potential sources of lint in the OR and make informed decisions about what is being purchased and allowed into their departments. Given this directive, the healthcare laundry should anticipate questions related to product construction and for manufacturer test data. Providing this information will allow periop staff to make informed decisions in an effort to select the most suitable, low-linting product available.

The utilization of high-linting products in the OR has been proven to contribute to SSIs and other complications postoperatively. These complications can be extremely costly to treat and increase the length of stay.

Commercial laundries providing products that are constructed of low-linting synthetic microfibers will support the periop team as they work to reduce SSIs, improve outcomes and reduce costs associated with delivering quality patient care.

As the OR management and staff become increasingly aware of the connection between high-linting linen items and the risk of lint and fibers in the OR, they will seek the expertise and support of the commercial laundry to select suitable textiles for their periop departments.

Together, they can lead the effort to reduce complications that can result from the use of high-linting or fiber-producing products in the OR.

Angie O’Connor, RN, BS, CLLM, is director of clinical resources for the Encompass Group. She brings skills in periop nursing, medical device sales, field sales training and consulting. She has an RN diploma from Bronson Methodist Hospital in Kalamazoo, Mich., and a bachelor of science degree from Western Michigan University in Kalamazoo.