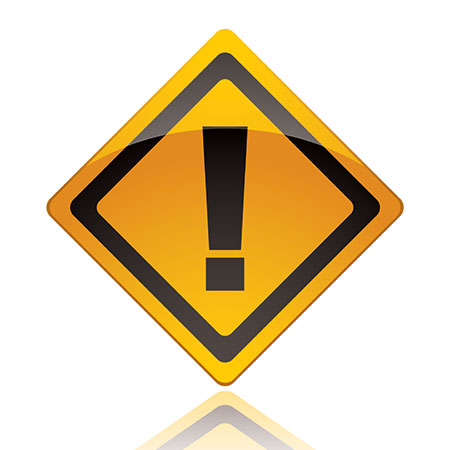 ALEXANDRIA, Va. — No one wants an accident or injury to happen in his or her laundry.

When an incident occurs, there are key steps that need to take place immediately to secure the scene and offer aid to any injured employees.

What takes place after those immediate steps can be vital to preventing an incident in the future.

Paige says, “If any of us have been involved, on some level, to the immediate response or follow-up to accidents or employee injuries, whether these have been in our internal plant operations or externally in our service and transportation business sectors, appropriate immediate response to accidents or injuries can be somewhat intimidating due to the basic human emotions we all experience when being involved in a traumatic event, such as witnessing a co-worker involved in an accident and sustaining bodily injury.”

He says that for a baseline response to accidents and injuries, immediate actions should include the following:

Although accident investigations are performed reactively, these investigations allow companies to be proactive in approving their safety programs and initiatives, something a laundry does to prevent or reduce loss, he says.

“The main purpose of an accident investigation is to find the cause and fix the problem or hazard to prevent the accident from recurring,” Paige adds. “We’ve all heard accidents don’t just happen, they’re caused.

“Accident investigation must also be performed in order to complete workers’ compensation claims, to comply with legal and OSHA regulations and to determine the total cost of accidents.”

According to Holt, the basic elements of an accident investigation are:

Even a “near miss” should be fully investigated, Holt says, as indicated on the OSHA website. Near-misses are considered an incident because given a slight change in time or position, injury or damage could have occurred.

There are three basic goals that Holt sees for an accident investigation. The first goal is to determine the accident sequence without placing blame.

“Of course, the question that frequently comes up is, ‘How do we keep from finding fault when an individual disregards a major safety policy?’” he says. “The answer is to be fair and consistent with how we enforce our safety policies. We must enforce our safety policies, regardless if there’s an accident or not, or the safety program is going to fail. One of the outcomes of a good accident investigation is to find out, in my opinion, why the policy wasn’t followed in the first place.”

The second basic goal, according to Holt, is to recommend corrective actions. Accident investigations determine corrective actions so that future accidents are prevented and the overall safety program is improved.

The third goal of an accident investigation is to update the overall safety program. Holt says that by identifying hazards from the worker level up to the management systems level, a safety program can be updated and improved.

Holt says there are four components to an accident investigation program. First, he says it’s best to have a written policy to standardize a program.

Second, the laundry should have trained emergency responders who are prepared to respond to an emergency, administer care and prevent more damage from being done. He says most facilities probably don’t need a dedicated medical staff, but they should have employees trained and ready.

“This is a grab bag with basic stuff,” he says. “It can range from a simple camera with a clipboard to a full setup with tools and equipment. Having a kit made up enables the investigator to have all the equipment he or she needs to start an investigation as soon as an accident occurs.”

“If a company has a safety manager, it’s been our experience at Superior Linen Service that it’s best to have that person lead the investigation by offering the department managers or supervisors support and guidance as the manager or supervisor conducts the bulk of the fact finding,” he says. “The key to any investigation is to find the person or persons who are in the best position to discover what really happened and determine how to prevent whatever the root cause of the accident was from happening again.”

So, what is the appropriate method to conduct an accident investigation? Holt recommends an analytical approach.

If an investigation team doesn’t use analytical techniques, it’s easy to only find lower-level causal factors and miss the systemic factors, Holt says. In contrast, by using the analytical process, the investigator is far more likely to discover the root cause of the accident.

Holt says that following the analytical process helps an investigator write a good accident investigation report. The report should document that the facts and analysis are correct, the accident sequence has been determined, and corrective actions have been developed to avoid recurrence of the accident.

“Learning from accidents is one of the important aspects of accident investigation,” he says. “The report helps to preserve the process and documents the corrective actions, which help with communicating the lessons learned and improving the overall safety program. And, if done correctly, no accident should be repeated.”

After securing the scene of an accident and providing care, says Paige, that’s when an accident investigator starts to collect evidence.

Evidence, says Holt, is anything that can be used to gain knowledge or facts about the accident. There are four types of evidence: physical, paper, people and photographic.

Physical evidence can be extremely large, such as equipment, or small, such as debris or tools. Paper evidence is any type of written documentation that is related to the accident, such as policies, procedures, training records, maintenance records, accident records, job hazard analyses and so on. People evidence is usually in the form of statements or interviews from witnesses or interviews of what others saw during the accident.

“These statements should be taken as soon as possible,” he says. “Getting witnesses to write out and sign their statements is always good practice.”

Holt says photographs may not provide much knowledge about the accident as the other three types of evidence do, but they are a valuable means of documenting and transferring knowledge to the accident investigation.

Holt says at this point, it’s time to develop the accident sequence. This is the events and causal factor analysis timeline approach.

“Analyze each event to determine its significance,” he says. “Analyze each condition related to the event and ask what caused this event. What was happening during this event? Why did this event occur? Analyze to see if a causal factor or relationship involved in the accident, if corrected, would have prevented the accident.”

The complexity of the accident will determine the time invested in conducting the investigation, Holt says. The first basic step is to document the sequence of events that led up to the accident, because if an accident investigator determines the correct, chronological accident sequence, it will be easier to apply analytical techniques to find the cause of the accident.

“Although it’s possible to determine causal factors and recommend corrective action without an actual accident sequence of events, it’s important to understand how and why the accident happened,” he says.

“During an accident investigation, it’s necessary to break these events down surrounding the accident into workable pieces and dissect each one to determine which event or fact is significant to understand which ones require more structured thinking,” says Holt. “The events or circumstances that contribute to an accident are called causal factors. Correcting these causal factors at whatever level they may occur is what ensures that a particular incident will not recur.”

Paige says that one method to help identify root causes, and finding what is often referred to as the root cause or core cause, is to use something called the “Five Why” technique.

“Just like its name, this is simply asking ‘why’ five times,” he says. “You start with the statement of the situation and ask why it occurred. You then turn the answer to the first question into a second ‘why’ question. The next answer becomes the third ‘why’ question and so on. By refusing to be satisfied with each answer, you increase the odds of finding the underlying root cause of the event. Though this technique is called ‘Five Whys,’ five is a rule of thumb. You may ask more or less whys before finding the root of a problem.”

Holt says that determining the accident sequence and the causal factors help the accident investigators to determine corrective actions that will prevent similar accidents.

“Corrective action should be initiated, documented and followed up or audited to ensure that they are performing as intended,” he says. “Each step is linked to the step before it. Once all the facts are gathered and analyzed, the accident sequence is determined; once the accident sequence is determined, causal factors become clear; once causal factors are established, corrective actions can be developed. It’s a logical progression.”

While an accident investigation isn’t conducted to assign blame, there are levels of accountability, according to Paige.

“Assessing accountability at each level of our organization’s structure enables us to further identify gaps or exposure areas in our overall safety system and culture,” he says. “Once each level is assessed, we can develop initiatives accordingly and begin implementing these controls.”

When people are injured, Paige says there should be some pressure at all levels to bring awareness to injuries, hazards and the need for improvement to keep employees safe, happy and healthy.

“One way to accomplish this is through safety stand-down, as some companies call it, or awareness communication,” he says. “Taking a break from what we have going on, from other business, to stop and look at an accident or injury that happened and give it its proper time and emphasis.”

Once a set of corrective actions have been developed, the action steps must be implemented, Holt says.

“Consider using a database to track corrective action,” he says. “Consider things such as a field for the description of the action, anticipated completion date, and then going back to parties responsible for completion and implementation.”

Accidents happen, even in laundries. Accident investigation and follow-up can help avoid future incidents and injuries.