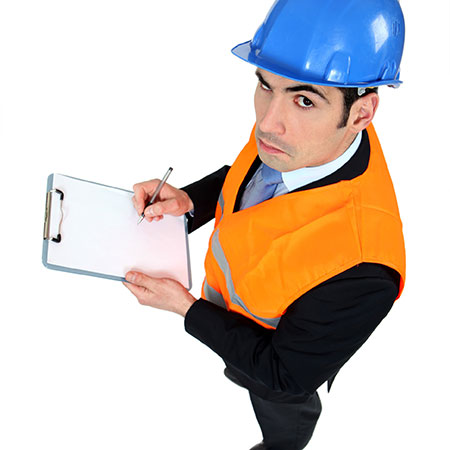 In addressing these fines, Edwin G. Foulke, Jr., partner for the Atlanta office of law firm Fisher & Phillips LLP, stresses the need not only for workplace safety programs, but also for employers to know their rights during OSHA inspections.

Workplaces, from small companies to major corporations, have all faced citations from OSHA in some form, according to Foulke, which, in recent years, have ranged from as low as $509,000 to $87 million.

“Don’t think that because you’re a small- or medium-sized employer that you can’t have citations like this,” says Foulke.

He advises that throughout the inspection, employers and managers treat the OSHA compliance officer in a professional manner, maintain control and also be “cooperative and responsive.”

This is of importance particularly during the inspection’s “opening conference,” which he explains should be done in the privacy and safety of a conference room.

It is during this time, he says, that employers can really “set the parameters” and “ascertain [the] purpose of the inspection.”

“You need to find out why [they’re there],” says Foulke. “If it’s a complaint inspection, then you need to [request] a copy of the complaint … you’re entitled to that. Secondly, you need to have that in order to be able to determine [the] scope of the inspection, because you want to limit that inspection to that area.”

Limiting an inspection to a particular area is key, he says, due to a “plain-view doctrine,” which can expand an inspection should the compliance officer notice other violations throughout the facility.

To curb this, Foulke recommends that at least one management team member escort the OSHA compliance officer around the plant at all times.

“One person should be taking notes as to what’s going on [and] where the inspection was,” says Foulke, who encourages management to “do everything the [compliance officer] does,” including taking photos or videos, and even conducting tests like air sampling and noise monitoring.

Foulke advises employers to only allow “side-by-side sampling or monitoring” in such cases, adding, “If we’re not doing the same monitoring at the same time, we have no evidence to defend against that.”

He also advises managers that they are not required to sign/initial statements prepared by the compliance officer.

“If you are going to sign a statement, then you need to read [it] really carefully to make sure what you said is what the inspector wrote down,” says Foulke, adding that a copy of the statement should be requested. “Once you sign something, it’s a legal document.”

“Some people think that if they tell OSHA everything that they’ll somehow make everything all right. … The more information you give, the more likely you’re going to get additional citations.”

Above all, Foulke says, “The most important thing [is] to tell the truth … this is critical.”

An inspection’s “closing conference” is a time for the employer to do a “free discovery,” says Foulke.

“OSHA is going to advise you of the unsafe conditions that they’ve observed, and you need to ask them what [they are] specifically. It’s a good way to get additional information from the inspector,” he says, adding that the closing conference is “not a time for debate.”

If a citation is issued, Foulke advises managers to ensure that it is in writing; that the violation is described “with particularity;” and that the proposed penalty is specified, which can range from $7,000 per violation up to $70,000 for willful or egregious violations.

Citation options, according to Foulke, can include an agreement to pay the full penalty; an informal/formal settlement; and a notice of contest, which should be filed within 15 days for federal OSHA citations.

“If you show them that you know your rights, and that you’re going to assert your rights … the inspection will go a lot better.”