CHICAGO — The Clean Show is set to take place June 20-23 at the Ernest M. Morial Convention Center in New Orleans.

Since that’s not too far off, American Laundry News decided to ask readers about a variety of elements related to the show in its latest Your Views survey to gauge the industry’s anticipation for Clean ’19.

Nearly 66% of those who took the survey will be attending Clean in New Orleans. Just over 20% aren’t sure if they’ll be attending, while only 13.6% say they won’t be there.

Of those who won’t be attending, around 35% say the cost is prohibitive.

“I understand a fee for attending, but going from $99 to $149 is a pretty steep increase,” writes one respondent. “That will affect future attendance.”

Almost 30% have “made other plans,” while close to 18% say they “can’t spare the time.” Another 18% say they have other reasons for not attending.

“New Orleans is not my destination of choice,” one survey taker writes.

When asked, “Whether or not you’re planning to attend Clean, what is the biggest factor in favor of visiting New Orleans for the show?,” more than 30% of respondents indicate that the exhibits, including equipment and supplies, is the favorable factor.

“Networking and socializing,” “Combining business and pleasure,” and “Educational sessions” came in at 9%, 4% and 2%, respectively.

Of course, most laundry operators who took the survey (54%) say it’s all of those reasons combined.

Just over 16% of survey takers say they’ll be at the show all four days.

For those attendees heading to New Orleans interested in educational opportunities, organizers have planned nearly 30 sessions. The topic most respondents are interested in? Business solutions (33%). Other topics survey takers are interested in include healthcare processing (24%), customer service (14%) and labor relations (5%).

However, not all survey takers are keen on the educational sessions.

“I don’t attend the educational sessions,” writes a respondent. “They keep patrons away from the booths that sponsor Clean.”

Probably one topic of conversation on the floor this year will be Messe Frankfurt’s recent purchase of the Clean Show, but maybe not that much since most survey takers (57%) indicate they are “indifferent” to the show changing hands. Almost 31% are “okay” with the change. Only 2% say they don’t care for it.

“I think time will tell,” one operator writes. “There will probably be minimal to no changes seen this year, but we’ll see what happens in the coming years.”

When asked what they would like to see changed about the Clean Show, survey takers offered suggestions ranging from “no changes” to location recommendations, show duration and entertainment options, such as:

Several respondents suggest making Clean a three-day show, while others say lower the fees or have discounted rates for additional employees. 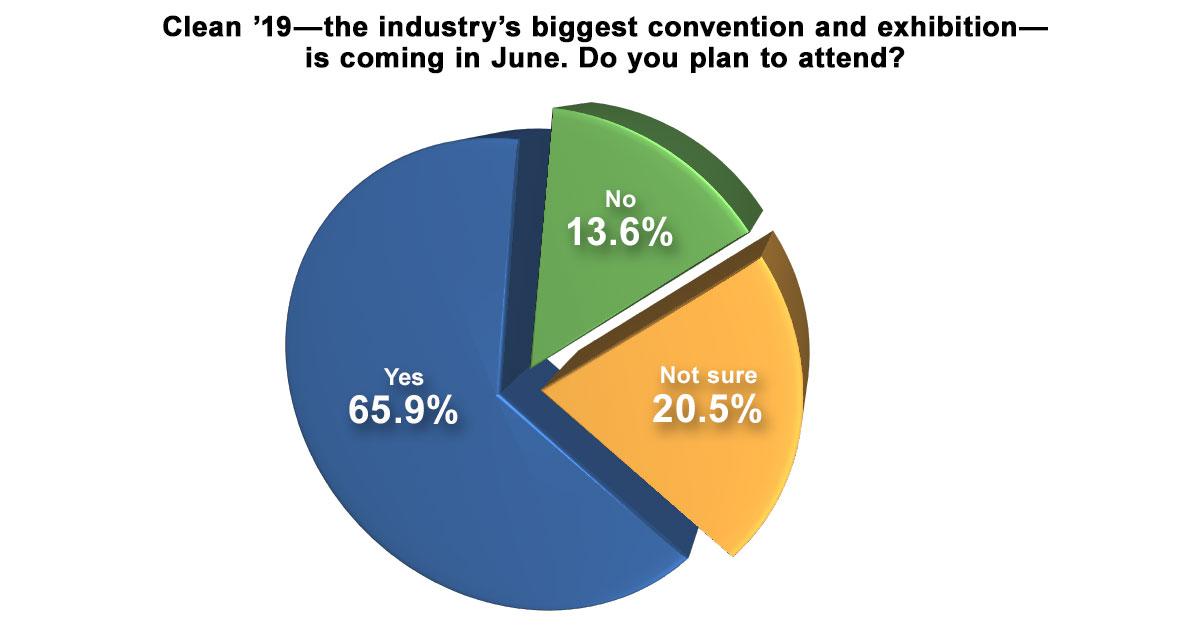 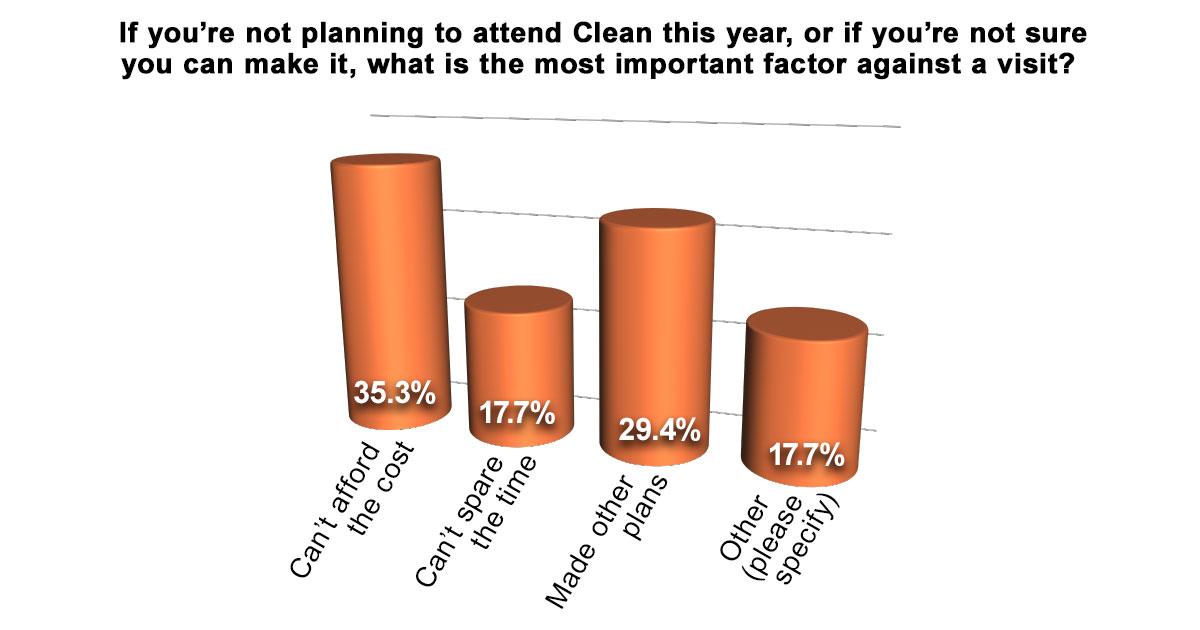