CHICAGO — The cost of labor is one of the largest line items in a laundry/linen service’s budget.

That being said, more than 45% of operators support minimum wage increases, according a recent Your Views survey conducted by American Laundry News.

“Laundry is not an easy job and laundry workers are exposed to hazards other career fields aren’t,” a respondent shares. “Although laundry is considered a low-skilled job, the advances in technology and the demands of the customers requires an experienced and engaged workforce.”

When asked if they support minimum wage increases, in general, 19% of operators who took the survey “strongly support” increases, while 26.2% “support” them.

More than 33% indicate they either “oppose” or “strongly oppose” minimum wage increases in general. About 21% say they are neutral on the subject.

Some of the reasons respondents say they support/oppose minimum wage increases include:

Nearly 71% of those who took the survey indicate that they don’t support legislation in Congress to raise the $7.25/hour Federal minimum wage to $15/hour by 2024. Nearly 27% support the legislation.

In addition, the majority of survey takers (62%) indicate their state or region is considering minimum wage increases. Almost 24% say increases aren’t being considered, and 14% don’t know if their state/region has such a proposal.

Other responses to the question include:

Of course, a laundry would likely have to cover the cost of a minimum wage increase, and more than 26% of survey takers would raise prices to cover the increase. More than 14% would cut costs elsewhere, while nearly 12% say they wouldn’t be affected. Other options include reduce workforce (9.5%), reduce employee benefit options (4.8%) and seek budget increase from parent institution (2.4%).

The remaining question respondents offer some of the following thoughts:

Increasing automation seems to be a popular way to offset labor costs. More than 70% of survey takers indicate their operation has further automated to offset costs. Almost 24% haven’t taken steps toward more automation.

When asked, “Do you believe a higher minimum wage would decrease employee turnover/increase employee retention?,” nearly 29% were neutral on the topic, while 26% disagree. More than 16% strongly agree with the statement, and almost 12% agree.

“We recently underwent a wage adjustment program for our hourly employees,” writes a respondent. “Every employee received a $2 increase, then, based on seniority, employees received additional increases, some in the $4 range. We increased our starting wage by $1.20 and plan to increase it another $.80 on July 1, 2019.

“In over one year it has had absolutely no effect on our staffing. In fact, we have had open positions for 6 months.”

Another shares, “I pay more and have zero turnover. I don't have to concentrate on hiring and training. I can concentrate on sales and marketing, thereby making my business stronger and able to keep increasing the employees’ compensation and the business bottom line.” 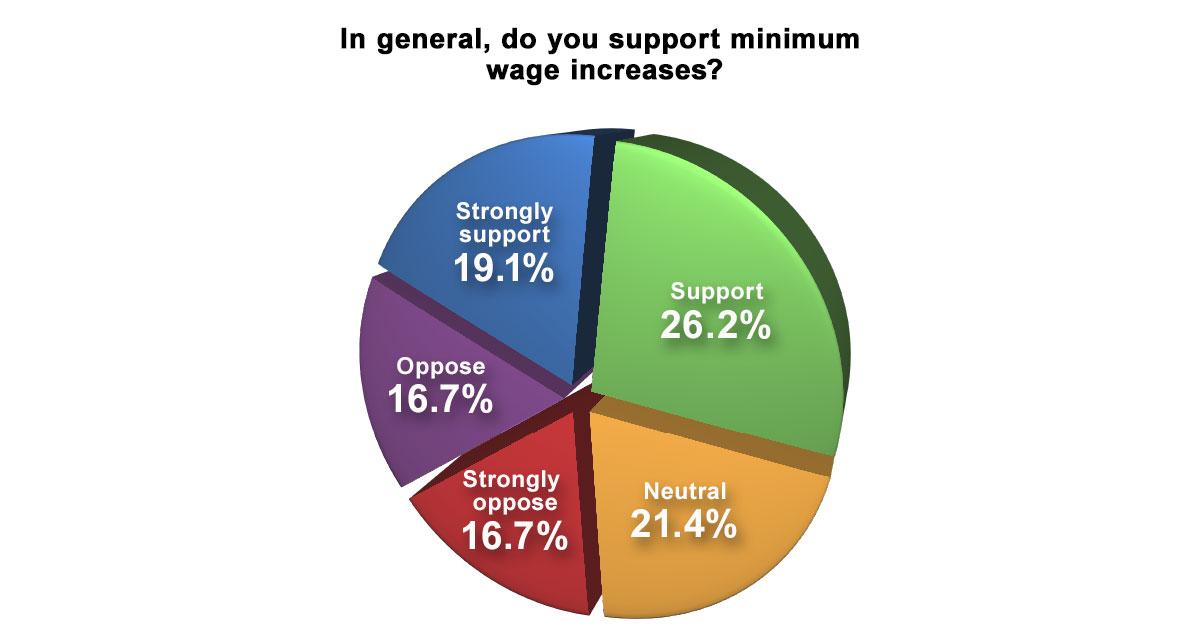 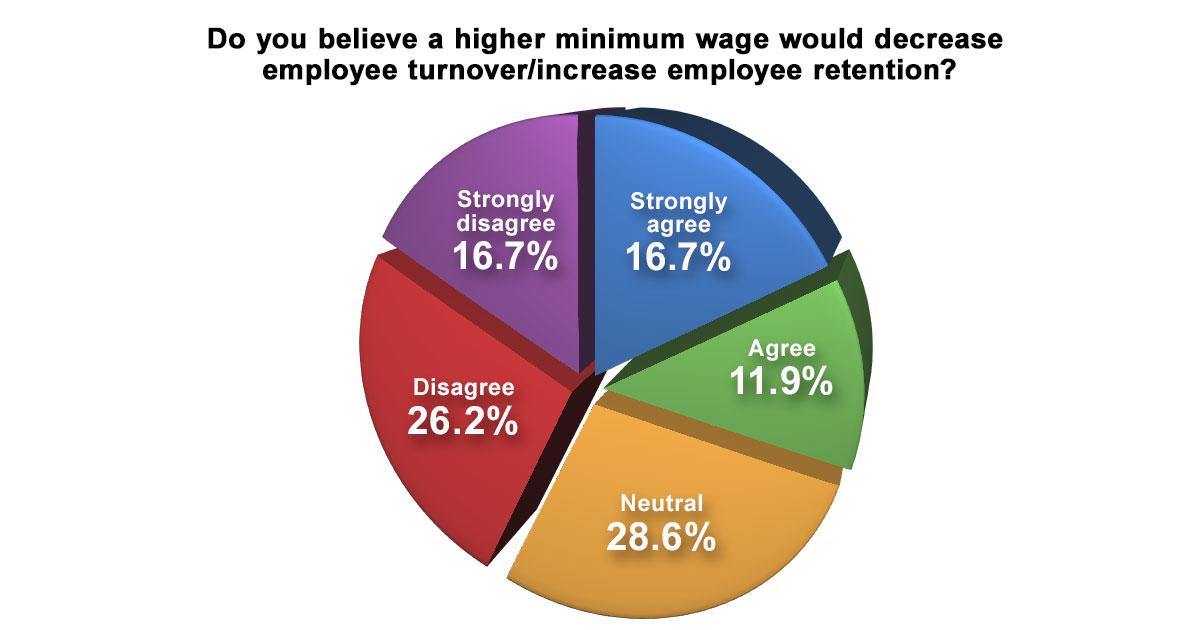