NEW ORLEANS — Reducing losses of scrubs and patient linens is of major concern for many medical facilities, according to an educational session, Gone Before Their Time: Reducing the Loss of Patient Linen and Scrubs, presented by the Association for Linen Management (ALM) on the Clean Show’s opening day.

Moderator Janice Larson, with Encompass Group, and panelists Mary Ann Curtis, Innovative Products Achievement (IPA); Eva Granado, Texas Health Harris Methodist Hospital in Fort Worth, Texas; and Liz Remillong, Crothall Laundry Services, focused on true losses—from theft, trashing, or being taken out of circulation prematurely—rather than artificial losses, those where the items are simply not circulating for reasons such as stockpiles, overstocking or hoarding.

According to Larson, about 5% of a facility’s employees are responsible for about 60% of the losses of garments and linens, visitors about 30%, and patients about 12%. Theft accounts for about 40% of the loss, with hoarding at about 23%, followed by misuse at 23%, and trashed items at 15%.

The sources of major linen loss in most medical facilities, according to a Philips & Associates report as well as the panelists, are hoarding and theft by a variety of entities. The panelists also distinguished between inadvertent theft and the deliberate taking of garments and linens.

“Several years ago, we published a campaign about stopping linen loss,” Larson says. The campaign identified ways to understand how much was lost, where it was coming from in a facility, and which items were most likely to go missing. The campaign looked at soil ratio analysis, determining linen loss through observation, replacement factor analysis and physical inventory.

Curtis says IPA has found that there are two areas of true linen loss: trashing or premature tossing of the item, or inadvertent theft of linen by emergency personnel or through patient transfers, open access to scrub carts and shelves, and unlocked supply rooms. Secondary is the artificial loss: the item is somewhere but unavailable for use, such as overstocking of carts and cabinets, hoarding, or staff wears the scrubs home and don’t return the items.

In Granado’s experience, most loss comes through non-emergency transfers or when a newborn goes home with a number of garments and blankets from the hospital. These items are then “lost” to the hospital; while it may be great for a new mom, it’s not as great for a facility’s bottom line.

The panel agreed that scrubs were the most often missed item, although Granado says her hospital group is experiencing a higher loss of stretcher sheets, mainly through sticky residue that the laundry process cannot erase. Her hospital has gone to automation to help with the loss of scrubs and jackets; she says jackets are the No. 2 item to go missing most frequently, followed by clothing for newborns, and pillows.

Remillong says the most frequently replaced items are washcloths while the most expensive are flat sheets. Curtis says hospital staffers are flustered when they are unable to find the correct scrubs, which may be why many of them take such items home. She suggests educating staff on the dangers of washing scrubs at home, since home washing has been proven to be considerably less effective in eliminating bloodborne pathogens than industrial or commercial laundering.

Check back Thursday for the conclusion! 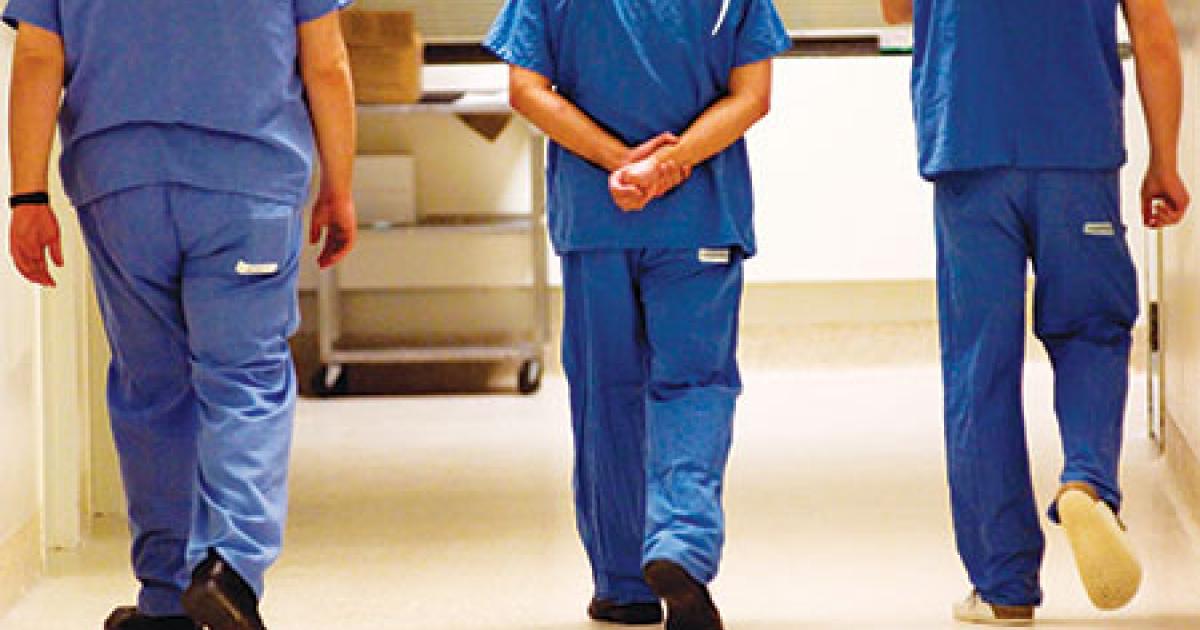