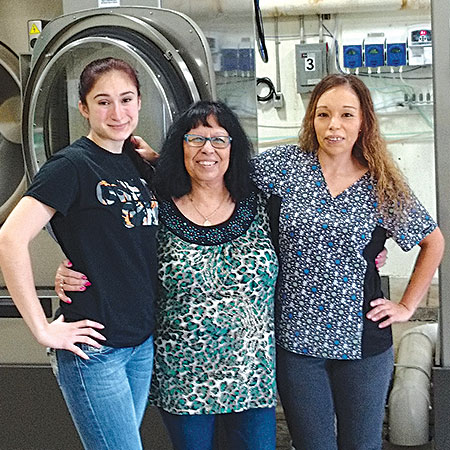 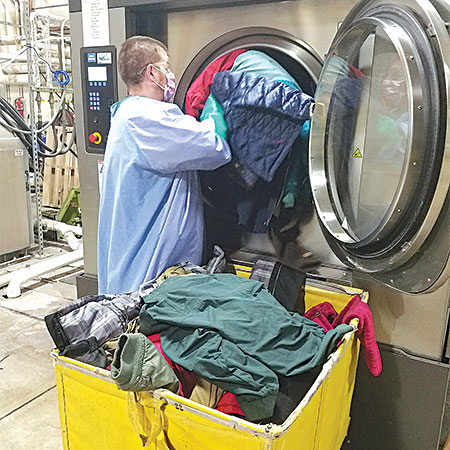 Once close to shutting down, facility now adding business

YAKIMA, Wash. — Founded in June 1964, Yakima Specialties Inc. is a nonprofit organization that trains and employs adults with disabilities, empowering them to achieve their highest potential in life and in the workplace.

Operating like a business can create some challenges, as it did for the 30-year-old commercial laundry employing 32 team members. For years, the laundry was in the red, and was a few months from being nearly inoperable.

For the first time in 30 years, after some equipment upgrades, Yakima Specialties Laundry is meeting bottom-line expectations. Director Tom Gannon credits this success to hardworking team members, a compassionate executive board, and new soft-mount washers.

“The laundry was at a crossroads,” says Gannon. “We had to replace equipment or shut down and displace 27 workers with disabilities.”

Instead, he encouraged Laundry Manager Sylvia Campbell to somehow maintain production despite subpar equipment. Employed by the laundry since its inception, Campbell dug in her heels for the cause.

“I’ve made this my life’s work and couldn’t see our folks lose their jobs,” she says. “For months, we worked really hard to keep the laundry running.”

In the meantime, Gannon successfully lobbied the executive board for new, high-performance laundry equipment. He justified the purchase by bringing in a new client—a large hotel.

“It’s been a new operation ever since,” says Gannon. “It never had as much success in years past. Today, it’s contributing to our mission and bottom line.”

Integrity Laundry Solutions recommended the Continental soft-mount washers because of their simple installation and ability to greatly boost laundry production.

Unlike hard-mount machines, which require bolt-down to a concrete foundation, Continental soft-mount washers feature a Multi-Directional Springs (MDS) system that absorbs 95% of all vibrations. This allows installations in unconventional locations, all with little or no floor preparation or cost.

The freestanding E-Series washers can also be relocated with zero impact on the facility.

Engineered to process more laundry per day, the new machines generate extract speeds up to 387 G-force, whereas the washers they replaced only produced extract speeds reaching 150 G-force.

“This high-speed extraction removes more water from each load,” say the Tompkinses, “reducing dry time by up to 50%.”

“This means we can take on more business and continue to grow,” he says.

The highly programmable washers allow Yakima Specialties Laundry to take on multiple clients and process an array of items.

“We’ve been washing large, flexible intermediate bulk container bags for an international corporation,” says Gannon. “Our washers clean them like they are brand-new so they can be reused, rather than thrown out. It’s been a tremendous success, and the bottom line is extremely favorable.”

Operating the washers is easy, as well. Employees enter a program number, load the machine and press start. The washer does the rest. One-touch operation eliminates user error and produces consistent, high-quality results.

“The laundry is much more energy-efficient and uses less water and natural gas,” says Tara Goltry, administrative assistant with Yakima Specialties. “We noticed we were saving money on water and electricity right away.”

“Before, our rewash was extremely high,” Campbell says. “Now, it’s at an all-time low.”

This saves money and time. Plus, the E-Series washers are designed without a sump, which saves up to 3 gallons of water with each fill.

AquaFall™ and AquaMixer™ systems enhance efficiency further, according to the Tompkinses, by creating superior load saturation, chemical penetration and rinsing, and minimizing hot-water consumption through precise mixing of hot and cold water.

“We couldn’t be happier with the equipment,” says Gannon. “The next project is the replacement of the laundry’s dryers.”

In the meantime, the Yakima Specialties Laundry is doing its job—supporting area businesses with clean laundry, and more importantly, training and employing adults with disabilities.

“We believe everyone is worthy of a chance to be a productive member of society,” Goltry says. “They might not get a fair shot somewhere else in the community because of their disability. At Yakima Specialties, we can make accommodations for them. They do what they can and develop skills along the way.”