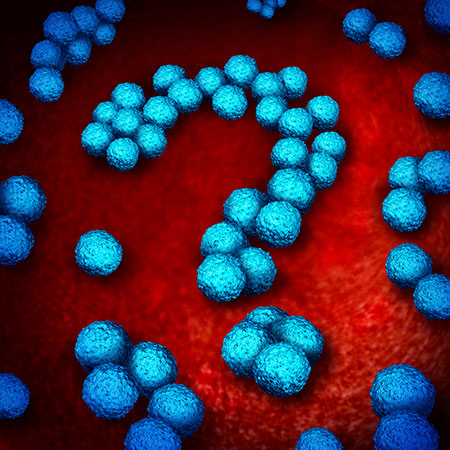 SHAWNEE MISSION, Kan. — It’s the “hot-button” issue of the decade—superbugs and how to effectively fight and control outbreaks of infection in healthcare and hospitality environments.

Specifically known by such names as Methicillin-resistant Staphylococcus aureus (MRSA), Carbapenem-resistant Enterobacteriaceae (CRE), Clostridium difficile (C. diff) or norovirus, these types of superbugs cost U.S. industry billions of dollars a year, not to mention the hardship on persons who contract such infections. Death and prolonged illness are common.

Companies that provide linen and uniform services have been implicated in the chain of infection more than once.

While the problem has been typically linked to improper delivery or storage of textiles at the client location, rather than the laundry process itself, more and more launderers are proactively signing up for certification or accreditation to prove that their facilities follow the highest processing standards possible.

Understanding how customers view the situation and how they are preparing to tackle the problem in the future are key for profitability in the 21st century. This article attempts to provide perspective on the issue of infection control in the healthcare arena and how clients view its impact on future operations.

From the human perspective, according to the same report, more than 1.7 million patients will contract HAIs each year. The U.S. Department of Health and Human Services (HHS) translates that number to be one in 25 patients contracting an HAI each year. And most sobering, nearly 100,000 deaths result from HAIs annually.

Both the CDC and HHS have declared battling the problem of HAIs a top priority.

The CDC has redefined its standards for environmental services in healthcare to help minimize pathogen contamination. The new guidelines require stringent infection prevention measures to reduce environmental bioburden and invisible organism counts on all patient care surfaces. Included in these guidelines are daily cleaning with advanced tools and products, testing beyond visual inspections and more personnel training.

Gone is the term “housekeeping” from healthcare job descriptions. Instead, the term “environmental service (EVS) technician” more accurately defines the advanced role required of EVS staff in 2016. And responsibility for clean facilities has moved beyond EVS. It’s become standard that hospitals now have designated infection control staff that work closely with nursing teams and EVS. And even the C-suite is involved.

According to one chief financial officer (CFO) interviewed in Becker’s Infection Control & Clinical Quality newsletter, Pamela Hess of Saint Thomas Midtown and Saint Thomas West Hospitals in Nashville, Tenn., “In the past, I wasn’t involved in many of the quality and infection control meetings, but with readmissions [due to HAIs] impacting reimbursement, I had to get involved.”

A study on the patient cost of C. diff was conducted at Barnes-Jewish Hospital in St. Louis and later published in Infection Control and Hospital Epidemiology. The study consisted of researchers analyzing the records of nearly 4,000 patients who developed C. diff infections between 2003 and 2009. The result? Researchers found that the average cost of recurrent C. diff infections in patients during the study period was $11,361 (and that is in 2009 dollars).

Check back Thursday for the conclusion, with insights from infection specialists.