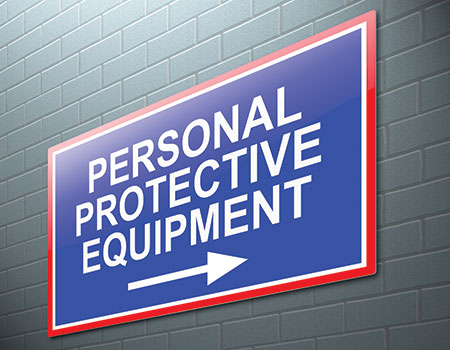 PLAINFIELD, Ill. — Nobody wants to get Ebola—not healthcare workers, infection control specialists, nor the professionals who process linens for hospitals. So, how do individuals protect themselves in the event that they come into close contact with a patient who has or may have Ebola, or are charged with handling their soiled textiles?

Though the presenters were eager to share advice on precautions that healthcare linen service providers can take, they assert that they are not medical professionals, and the Centers for Disease Control and Prevention (CDC), along with the World Health Organization (WHO) and the U.S. Department of Transportation Pipeline and Hazardous Materials Safety Administration (PHMSA), should be consulted with specific questions about the virus, its spread and proper protocols and precautions.

The only cure for the fear that grows through speculation and uncertainty, according to Romeo, is education. Some facts: Ebola is a contagious, potentially fatal virus “when not properly treated or diagnosed in a timely manner,” he says, and is spread through contact with bodily fluids of an infected person. The virus can also spread through absorbent or porous materials, including bedding and clothing.

The average fatality rate is approximately 50%, and the incubation period is up to 21 days, with the majority of symptoms showing up in the 8-to-10-day period. The most recent outbreak has primarily affected the West African countries of Sierra Leone, Liberia and Guinea, and more than 8,400 deaths from the virus have been reported, according to the CDC.

Those with the Ebola virus aren’t infectious until they start developing symptoms, the first of which  fever, muscle pain, headache and sore throat. Then comes vomiting, diarrhea, symptoms of impaired liver function, and even internal bleeding.

“There is, as of yet, no licensed treatment proven to neutralize the virus, and currently no licensed Ebola vaccines are available, although this is being worked on,” Romeo says. He adds that the virus is not airborne, and can be killed on solid surfaces using a hospital-grade disinfectant.

Gersh warns that failure to take part in proper hand hygiene and to wear personal protective equipment (PPE) puts people at “maximum risk.” And while images on TV show people who are “basically hermetically sealed in a hazmat suit,” he says, there’s good reason for that: Since the Ebola virus disease is so virulent and, as of yet, not much is known about it, “overprotection is the minimum expected need.”

“And with the massive media coverage, no one wants to be caught not taking the maximum precaution,” he adds.

The presenters advise healthcare workers to avoid aerosol-generating procedures, and to be diligent about environmental cleaning and disinfection, as well as the handling of potentially contaminated materials.

Though the anxiety brought on by the thought of Ebola is common in many industries that serve the public, Gersh says healthcare is at the forefront of the battle.

“No other place besides the airline industry is being faced with the issue as head-on as healthcare, of course,” he says, adding that healthcare organizations are the rightful “wall between everybody and this disease.”

“Hotels, restaurants, health clubs and so on, where the virus could actually spread just as easily, if it were introduced in the environment, are not being challenged with the scrutiny that healthcare services are,” he says. “And hopefully, if we really do what we need to do, they won’t have to be.”

Healthcare workers have standard precautions to deal with patients with presumed diagnoses, such as proper hand and respiratory hygiene and PPE, including N95 respirators and any gear that could block splashes. In the case of Ebola, there are some extra precautions healthcare workers can take to protect themselves.

Romeo says when in close contact with Ebola patients, workers should wear masks, goggles, a face shield and long-sleeve barrier gowns and gloves, in accordance with guidance from the CDC. Most importantly, full-body coverage, leaving no skin exposed, is recommended to reduce the risk of contamination, and employees should be trained on proper donning and doffing of PPE.

If a hospital is treating a patient confirmed to have Ebola, the items in that patient’s room, such as linens, textiles, cleaning cloths and wipes, any single-use microfiber cloths or PPE, etc., should be placed in leak-proof containment and discarded appropriately. The CDC advises professionals to use a rigid waste receptacle specifically made for this use, and incineration or autoclaving are also recommended as ways to eliminate viral activity.

The CDC has deemed potentially infectious linen as a “Category A” infectious substance, according to Romeo. This can even include non-permeable pillows and mattresses, as well as textile privacy curtains.

“Red-bagging and incinerating absorbent materials is the best practice, and that’s what we’re telling our hospital clients to do,” Gersh says. He says communication with healthcare clients has been important, and they should be informed not to send to a laundry any linens that have been used in cases of confirmed or suspected Ebola.

“We don’t want it, and it’s not worth the cost of the replacement linen to mess with it,” he says.

He adds that facilities should familiarize themselves with the Department of Transportation’s (DOT) special handling and licensing regulations for potentially contaminated linens. If a patient is confirmed not to have the virus, then any waste materials they generate can be handled per the usual protocol, and not under the same strict guidelines as in the case of Ebola.

Check back Tuesday for the conclusion!