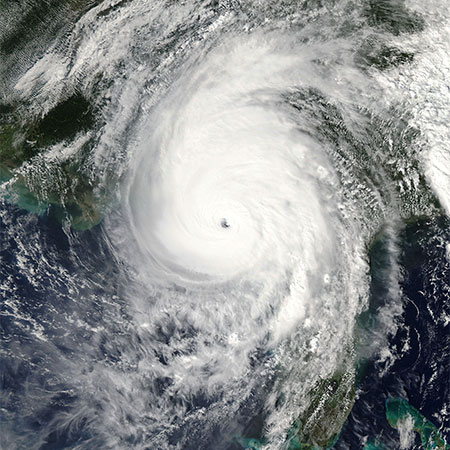 CHICAGO — As the Florida Panhandle slowly picks up the pieces in the wake of Hurricane Michael, businesses in the laundry/linen services industry are working to resume operations as well.

The storm made landfall Oct. 10 near Mexico Beach, Fla., as a Category 4 hurricane, with peak winds reaching 155 mph. As of Oct. 16, only first responders were being allowed into the hardest hit areas, and power isn’t expected to be restored for several weeks.

This has made recovery challenging for laundry industry businesses in the area.

Mike Larson, regional manager for linen and uniform rental company Alsco says that as of Oct. 13, the company hadn’t been able to get to its Panama City Beach Service Center (one of the hardest hit areas) for assessment. However, he shares that power has been restored to its Tallahassee center, and the Albany Service Center in Georgia sustained some damage, but deliveries were being made.

Equipment manufacturers JENSEN USA and B&C Technologies, both of which have facilities in Panama City, report that they are in the process of recovery. The first priority of both companies was to ensure the safety of employees and their families.

JENSEN USA reports that its main facility in Panama City sustained some roof damage, and only first responders and individuals with business in the town are being allowed in. Its parts and machine warehouse came through relatively unscathed.

The company reports that it is working to get its parts and service departments operational as quickly as possible. Generators were in place for both buildings Tuesday morning, and JENSEN USA expects temporary office buildings to be in place October 17 or 18.

In a press release, the company says, “The messages of support from our customers, suppliers, sister companies and competitors have been truly humbling. We would like to thank you all sincerely for making a terrible week(s) just a little bit less terrible.”

B&C’s facility escaped with no damage and is open with a skeleton crew. In addition, the company reports that it has set up machines and fire cabinets to assist firefighters with cleaning and drying their turnout gear and have set up a laundry on premise for other emergency workers, as well its employees.

“We appreciate everyone that has reached out to us to check on us, offer us assistance, and that have kept us in their thoughts and prayers,” says B&C in a press release. “We are overwhelmed with outpouring of support we have received from our partners and customers. Thank you isn’t strong enough and we really appreciate the understanding and patience as we work to get back to normal operating procedures.”

American Laundry News has reached out to other Florida-based laundry industry companies and is waiting for their responses.