That’s what respondents indicated on a recent American Laundry News Your Views survey.

When asked how much governmental activities impact their laundries, 53% of survey takers indicate “a lot,” while 26.7% say, “somewhat.”

Only 20% of respondents say government actions only affect them “a little” or “not at all.”

When asked to describe some government activities that affect their operations, answers include:

When asked which level of government impacts operations the most, 40% of respondents say state government do so, followed by local entities at 33.3% and the federal government at 26.7%.

“Local regulations put me at a huge disadvantage to bordering communities and states,” a respondent writes.

Respondents who indicate that the actions were “positive” or “somewhat positive” write that, “I feel the efforts are in earnest and worthy of my support,” and “usually in the best interest of all.”

Those who indicate governmental actions have been on the negative side, say:

Looking ahead to 2019, 33% of respondents say that tariffs will most affect their businesses, while 20% believe environmental regulations will have the most impact, followed by taxes at 13%. Another 33% of survey takers indicate that other government activities will affect their laundries in 2019, with most of those indicating minimum wage having the most impact.

One survey taker writes, “Regulatory compliance issues are not going away.”

Another concludes, “When Trump is impeached and we can resume a more legitimate government, we in business will be able to plan our moves with more certainty.” 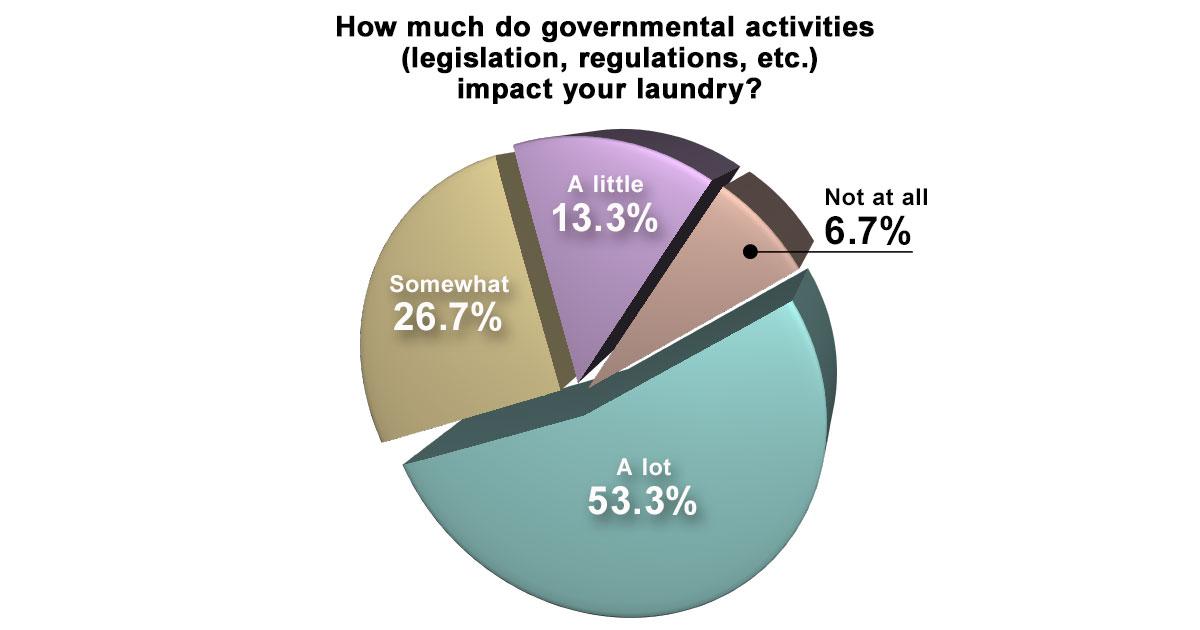 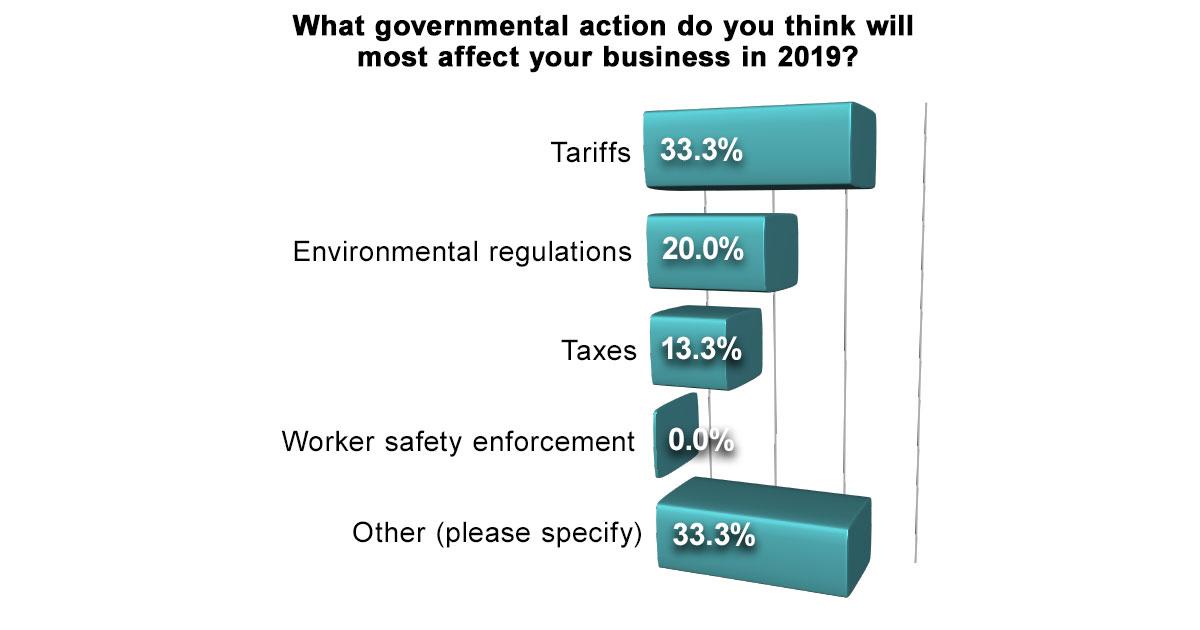