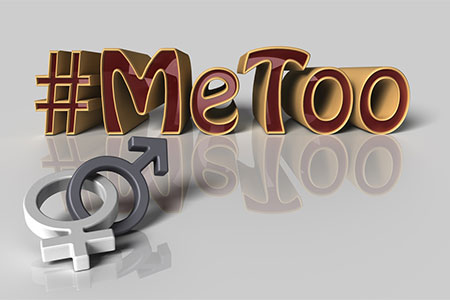 ALEXANDRIA, Va. — Barely a day has gone by in the last few months when a new public figure hasn’t been accused of engaging in sexual harassment.

These accusations are coming to light because of a movement known as #metoo. The public movement is exposing disturbing activity and is making its presence felt in the workplace.

Laundry and linen service providers need to take action now to protect employees and the company from this type of activity. Sexual harassment claims are costly, time-consuming and embarrassing. 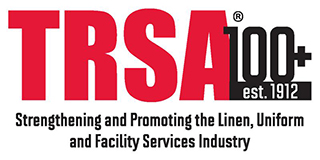 Joe Shelton, a partner in the Atlanta office of the Fisher Phillips law firm, recently presented a five-step plan to help avoid harassment claims in a webinar titled Sexual Harassment—An Old Problem Under a New Spotlight, presented by TRSA, the association for linen, uniform and facility services.

This entry will look at up-to-date policies, dissemination of policies and training for managers. The conclusion on Tuesday will cover prompt investigation of complaints and consistent enforcement of policies.

The first step, according to Shelton, is for a business to make sure its policies match modern standards.

“If your company hasn’t brushed off its no-harassment, no-discrimination policy in a number of years, it’s time to do so,” he says. “It may be that you brush it off and find that you don’t need to make any changes, but if you have a policy that hasn’t been looked at and revised in a couple of years, you’re going to find something.”

“We’re getting to the point now, if you have proof that somebody is engaged in inappropriate behavior, you have to ask yourself, are they going to get a second chance?” says Shelton. “Of course, you always have to come back to the question (of) does the punishment fit the crime? There’s still some subjectivity there. Zero tolerance is what we’re seeing as a modern standard when defining terms of professional conduct.”

Another key policy element, he says, is to encourage the reporting of any incidents.

“You want to have several avenues for complaints, and explicitly guarantee no retaliation [from the company],” Shelton adds.

DISSEMINATION OF THE POLICIES

Once a laundry and linen service’s sexual harassment policies are up-to-date, Shelton says those policies must be disseminated in a thoughtful manner.

He says the person conducting new-hire orientation should spend time talking about the company’s no-harassment policy. Provide examples, talk about what to do, and make it real as part of the orientation process.

“I would venture to say we all have a handbook or some sort of written policy that prohibits harassment,” observes Shelton. “Disseminating that upon hire is hopefully what everybody does. You certainly need to be doing that, but really, that’s just the start.”

“I’ve worked with a number of companies over the years that do that in a variety of different ways,” says Shelton. “One of the ways I’ve seen—and I personally like it—is an annual letter, usually from the highest-ranking person in the company. A letter with some meaning and feeling. Get that distributed annually, and don’t just distribute it; receive and retain acknowledgment.”

Shelton stresses that any time a company disseminates its sexual harassment policy, including periodic reminders, the company should keep a record that it has done so.

When training managers, Shelton says a company should start with the proposition that people in supervisory positions cannot engage in this type of behavior. There should be zero tolerance of this from managers.

Managers shouldn’t ignore conduct they think is welcomed or voluntary.

“I’ve seen countless situations where a manager is accused of some inappropriate comment or behavior, and their response is, ‘Wait a minute, they’re good with that, we joke like that all the time, they prompt it,’ that kind of thing. Your managers need to know that’s not going to be their get-out-of-jail-free card,” Shelton says.

Also, he says that a company should never allow leeway to certain employees.

“One of the things we’re seeing in a lot of these public figure stories that are coming out, people did this: ‘That’s just Harvey being Harvey.’ That’s a literal quote for Harvey Weinstein,” notes Shelton. “That was the refrain bantered around in Hollywood when you referred to Harvey. You knew he did what he did.

“Making this more real for the industry, ‘He loves to give hugs, but he’s harmless.’ I’ve had plenty where that’s what I hear from the company when I’m talking to them about the accused harasser. You can’t allow certain employees (to) get away with certain things like that.”

And a company certainly should not allow its “star” employees to get away with something just because of their standing.

“In terms of training your managers, it’s important that they understand that their misconduct will be treated in a very severe manner, and that they won’t be given a second bite at the apple,” says Shelton.

Key to training managers is educating them on what to do when they hear of or see an issue or potential issue. He stresses that a manager shouldn’t wait for an official complaint; the company has to have its managers trained to let human resources (H.R.) know what was seen or heard to allow H.R. to act on it.

“When I talk about this concept, I remind folks of the iceberg theory,” illustrates Shelton. “The vast majority of an iceberg is under water. You have no idea the size of an iceberg (by) just looking at the tip. My experience tells me that harassment issues are much like the iceberg. In other words, you’re catching just a glimpse of what might be going on. If you dig down, you find the real nitty-gritty of what’s going on.”

Finally, Shelton says it’s important to know that if the actual misconduct is engaged in by the manager, that could mean automatic liability.

“I’ve said that if a company has an up-to-date policy, disseminates the information, they could possibly insulate themselves from liability from something that has occurred,” he says. “When the misconduct is done by a manager, those defenses could fall away.”

Check back Tuesday for the conclusion on prompt investigation of complaints and consistent enforcement of policies.

Information in this article is provided for educational and reference purposes only. It is not intended to provide specific advice or individual recommendations. Consult an attorney for advice regarding your particular situation.

Auction - Assets of a Dry Cleaner