NEW ORLEANS — The classic spiritual, “When the Saints Go Marching In,” is the unofficial anthem of New Orleans.

And the 2019 edition of the Clean Show went marching into the past and the future here June 20-23 at the Ernest N. Morial Convention Center.

Clean ’19, the 42ndyear of the show, marched into the past as the long history of John Riddle and his Atlanta-based company, Riddle & Associates, being the show manager came to a close.

Riddle & Associates has managed the show since 1992. John Riddle has been associated with Clean since 1981.

“I’m going to miss all of you,” Riddle says. “This show may not have reached the numbers of Las Vegas, but it was up there. The industry did some great business. It was a good last show.”

Both attendees and exhibitors agreed that business was good in New Orleans.

“Traffic in our booth may have been down, but the conversations were more meaningful,” says Steve Kallenbach, CMO, director of market solutions for ADI American Dawn in Los Angeles. “We’re walking away with some good agreements.”

“It’s been a worthwhile investment,” he says. “There have been quality people, decision makers—not just tire kickers.”

The Clean Show marched into the future in New Orleans under the new ownership of Germany-based Messe Frankfurt, an international trade fair, congress and event organizer—the largest in the textile care industry.

“It’s a milestone for all of us,” says Iris Jeglitza-Moshage, senior vice president-technology for Messe Frankfurt. “We at Messe Frankfurt are honored that you gave us your trust and will give us the chance to go on with this wonderful product, this extremely successful show.

“We will not only tell you that we will continue to improve and go on the best we can, but we will also show to everybody that we will do it in the future.”

Konstantin von Vieregge became president/CEO of Messe Frankfurt North America, based in Atlanta, about three months ago to lead the company’s efforts to run and grow shows like Clean.

“You need a strong team in the country to run these types of shows,” he says. “You can’t manage a show like Clean out of Frankfurt.”

Von Vieregge goes on to say that the Clean Show in the future won’t be about Messe Frankfurt; it’s about doing business. He also says that the base of the Clean Show is stable and strong, and the company isn’t going to change that.

“This is a company that understood what we’re trying to do from a quality standpoint, and a management standpoint, to be able to service the group that we have and not really change the show dramatically,” says Joseph Ricci, president and CEO of TRSA and chairman of Clean ’19.

Ricci shares that as part of the sales agreement, the five associations will be part of the show for 10 years—five shows.

“We’re going to be a part of the show as long as we can,” he says. “We think the show is valuable to the industry as a whole here in North America.”

Besides new ownership, the Clean Show stepped into the future of laundry/linen services with the products and services attendees were able to experience from show exhibitors.

“It’s very positive on the floor,” says Doug Waldman, president of Superior Linen Service based in Tulsa, Okla. “I haven’t visited many booths because I’ve been seeing people I know and talking. I’ve noticed the commercial side of the show has been very busy.”

Products and services on the floor ranged from the latest advances in equipment to services like insurance.

“I’m looking to redo my plant from the ground up,” says Phil Jones, general manager for Hotelier Linen Services in Lakeland, Fla. “I’ve been looking at everything, and I have quite a few ideas to look into for the plant.”

Some of the “trending” items on the floor include remote equipment access and control, reporting technology and virtual assistance for operators and maintenance technicians.

“I’ve seen some interesting technology on feeding and folding, and the new equipment,” says Paul Jewison, general manager for Textile Care Services in Rochester, Minn. “I’ve also seen what I think is one of the most amazing things—the artificial intelligence where people can put on a pair of goggles, and it can instruct them on how to do repairs on equipment, install equipment.

“It’s extremely interesting technology for our industry. You can train people and help them repair the equipment, so that is a very big innovation.”

Besides visiting exhibitor booths, attendees had the opportunity to gain knowledge with 30 hours of educational sessions. Some of the topics covered include customer migration and contracts, benchmarking, healthcare linen cleanliness, social media/websites, labor law compliance, and sexual harassment/discrimination policies.

Once the trade show floor closed for the day, exhibitors and associations hosted social/networking events around the Big Easy at locations such as the House of Blues, Generations Hall and The Jazz Playhouse at The Royal Sonesta. Some events even had themes, such as “Once Upon a Time” and “Boas & Beads on Bourbon.”

As Clean ’19 drew to a close, sentiment from the floor indicates that both the laundry/linen services industry and the show are in good hands.

“This show is just going to keep going up,” says Riddle. 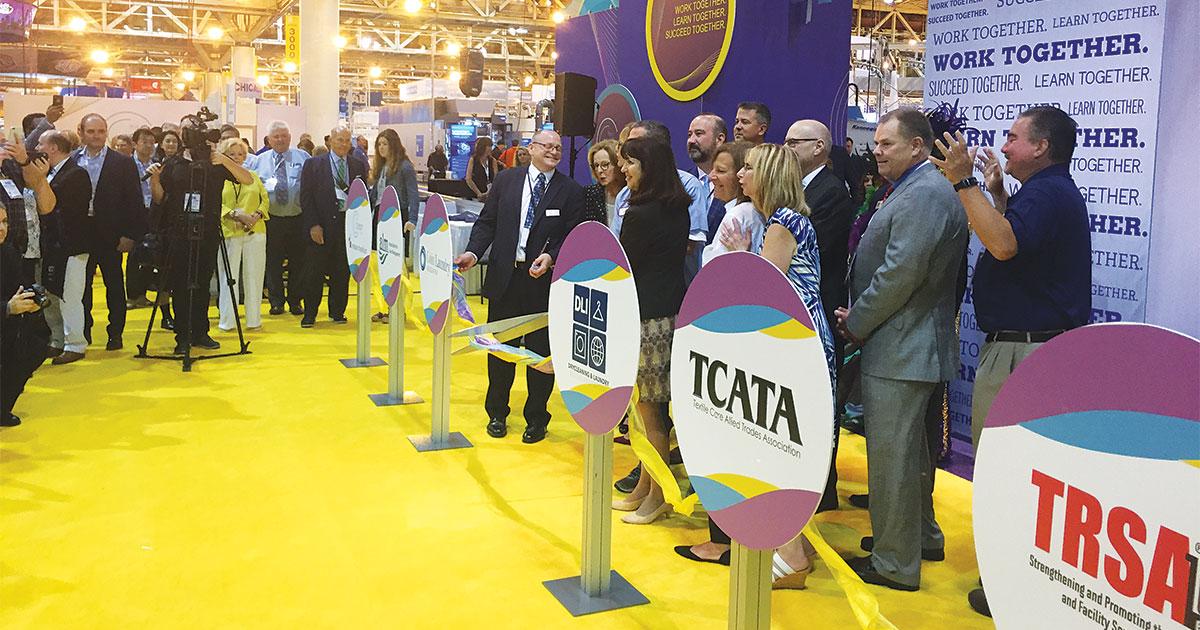 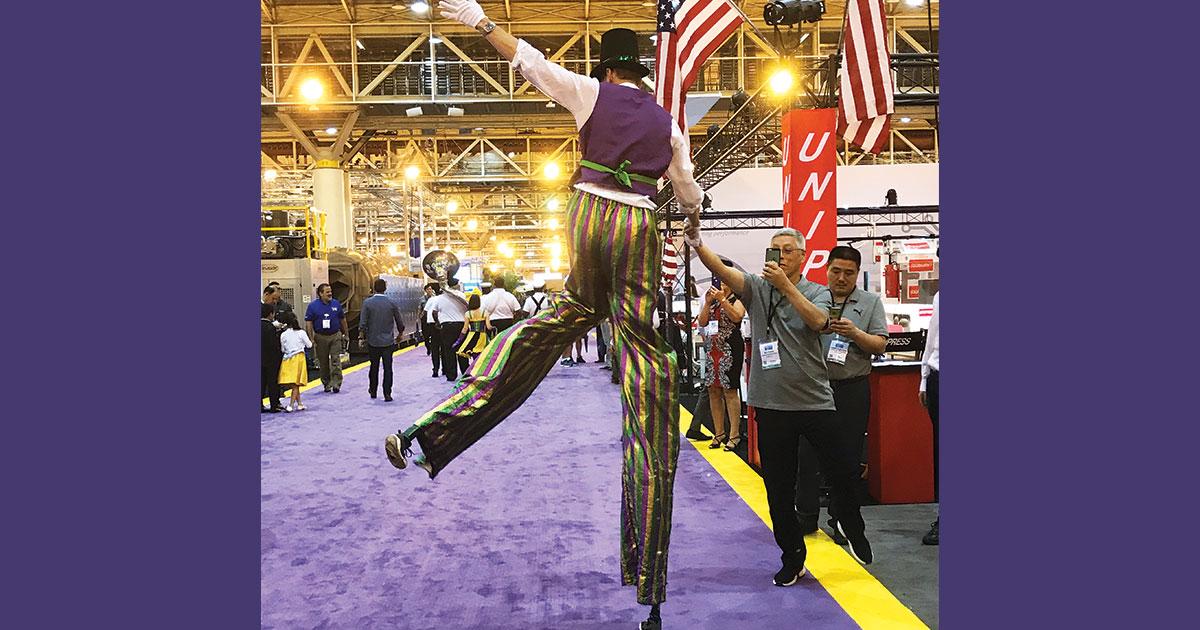 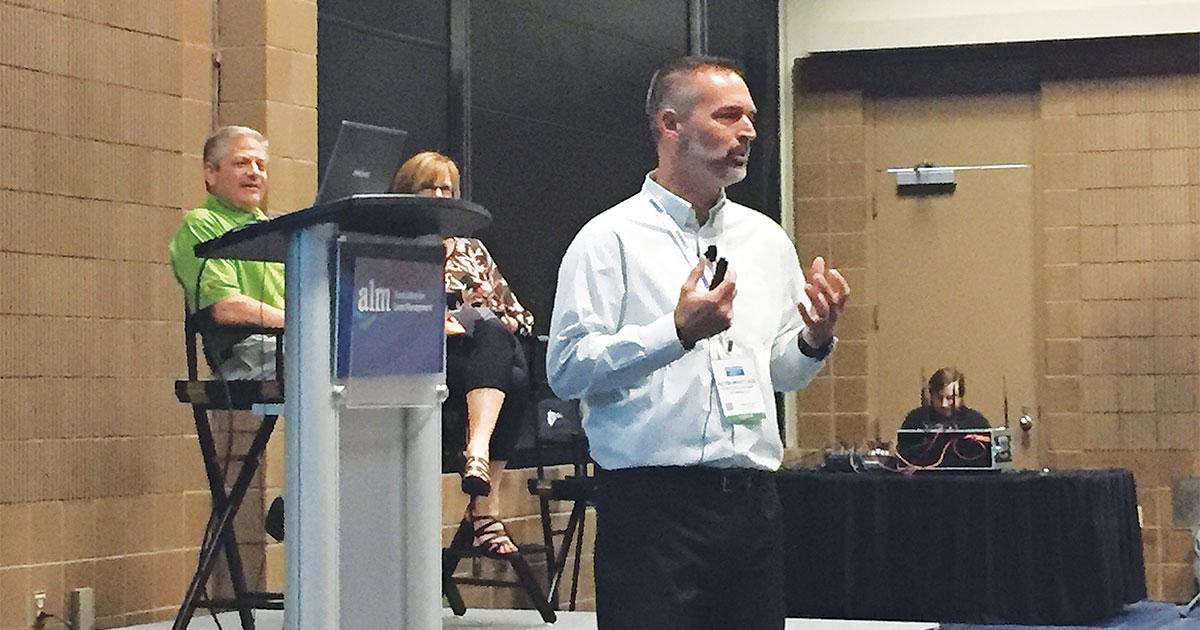 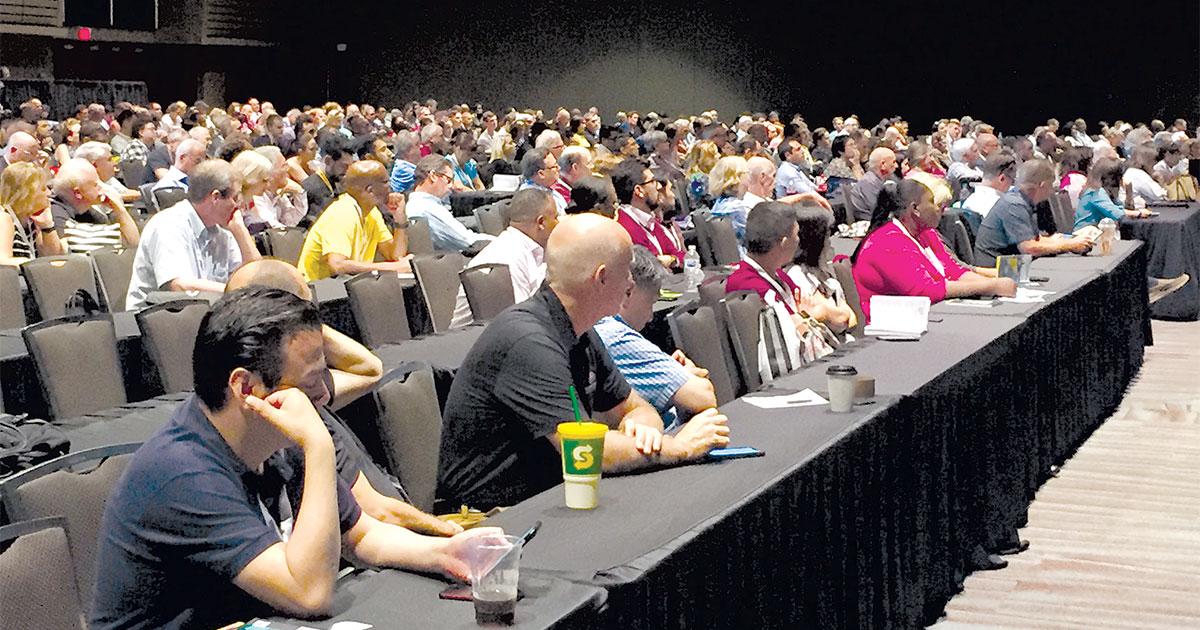 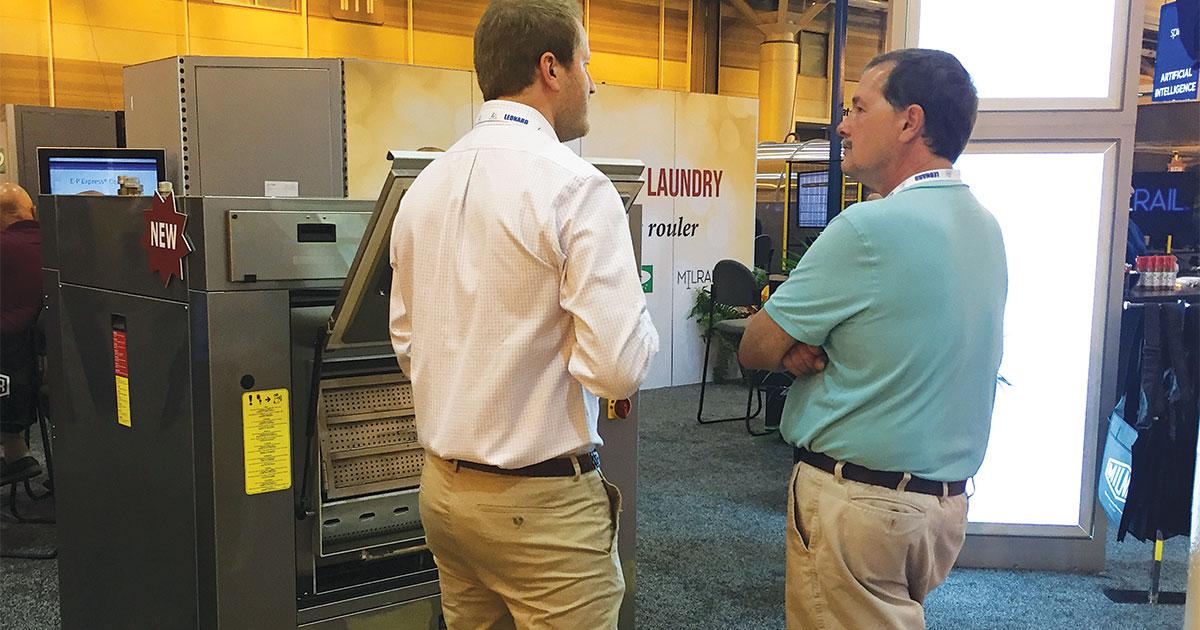 Reports from the floor indicate conversations were in depth and business was good. (Photo: Matt Poe) 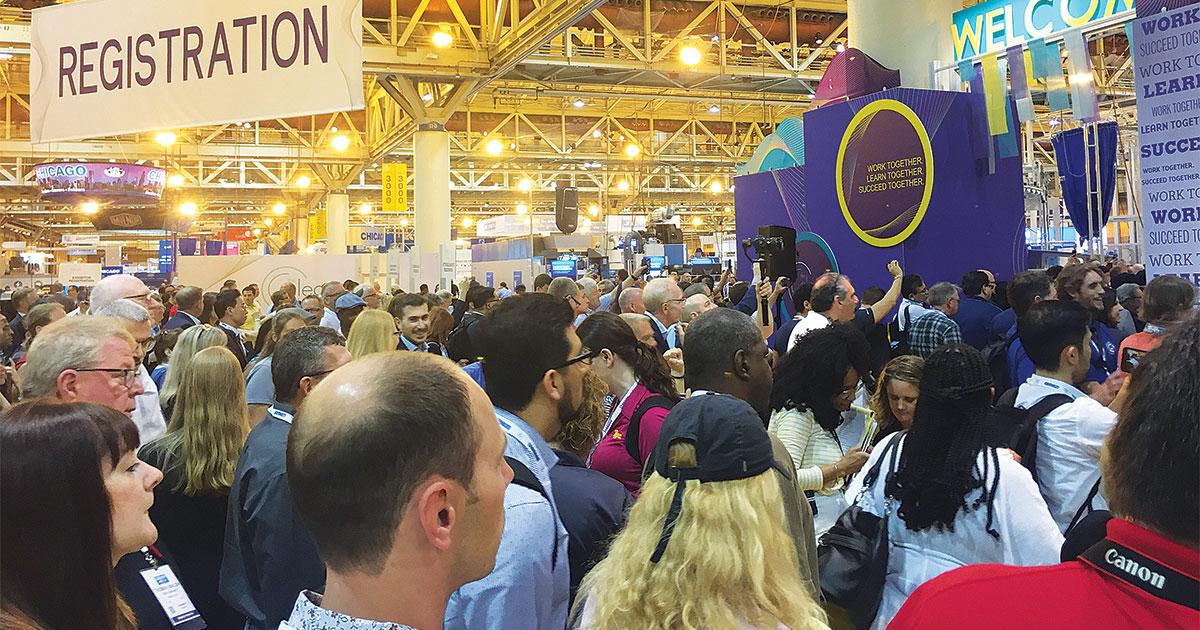 Once the ribbon was cut, attendees flooded the floor. (Photo: Matt Poe)