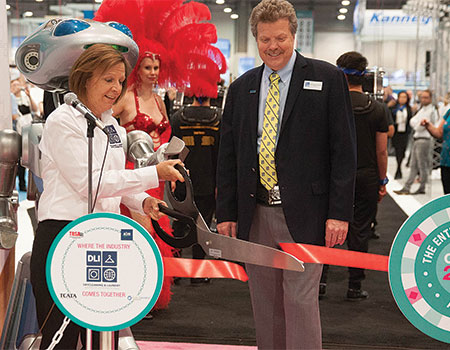 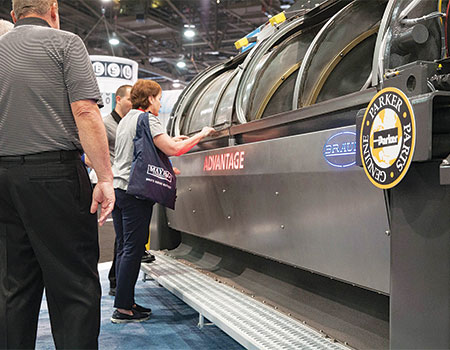 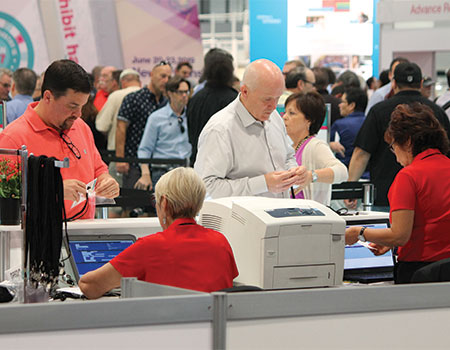 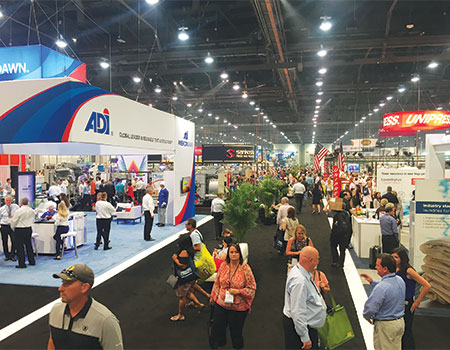 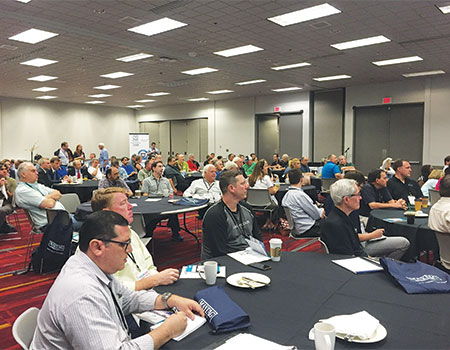 Both attendees, vendors pleased with result of 40th anniversary show

LAS VEGAS — The Clean Show returned to Las Vegas … and the laundry and linen service industry hit the jackpot.

The nonstop energy and glamour of the host city transferred to the show floor at the Las Vegas Convention Center, June 5-8.

Both attendees and exhibitors expressed positive results during the 40th year of what is formally known as the World Educational Congress for Laundering and Drycleaning.

“I think everyone who’s been on the show floor will tell you it is amazing,” says Mary Scalco, Clean 2017 chairman and CEO of Drycleaning and Laundry Institute (DLI). “There is quite the excitement on the floor.

The exhibit space sellout included 481 vendors across all types of products for laundry and linen service providers. Exhibitors covered 227,006 square feet of space in the Convention Center.

According to show management company Riddle & Associates, Clean ’17 boasted the largest booth space sales since the show was held in Las Vegas 10 years ago.

It was quite the variety and spectacle for first-time Clean attendee Joanne Wannop from East Kootenay Regional Laundry, which is located in Cranbrook, British Columbia.

“It’s pretty exciting seeing all the people and the equipment, it’s just massive,” says Wannop. “I can’t believe how many people are here.”

Riddle is still calculating final attendee numbers. However, the total number of registrations at the end of day two in Las Vegas exceeded the total of the entire four-day show in Atlanta two years ago.

Vendors were also pleased with the attendees in Las Vegas.

“There are a lot of decision-makers here,” says Greg Gurtler, president of Gurtler Industries based in South Holland, Ill. “They are qualified individuals.”

Many attendees at Clean ’17 were looking for ways to improve their businesses. That's what brought Steve Florence, vice president of sales and service for Starr Textile Services, which is located in New Orleans.

“We do hospitality laundry, plus we do dry cleaning,” he says. “However, we don’t do that as good as we could, so we’re looking to improve that.”

Improvement is a good word to describe Clean ’17. Many vendors highlighted improvements to their products to help improve laundry efficiency and production.

“I think everyone is showing strong improvements, but nothing earth-shattering,” says Keith Ware, vice president of sales for Lavatec Laundry Technology Inc., with U.S. headquarters in Beacon Falls, Conn. “Data is the future of the industry.”

Many equipment manufacturers, along with information technology companies, showed off how laundry and linen managers could collect data to improve operations. Some of the improved data options included better remote reporting and Wi-Fi capabilities at the equipment level.

Speaking of the future, several vendors went high-tech in displaying their laundry options.

For example, Continental Girbau set up what it called “GirbauMAX” on the show floor. Attendees could schedule a time to go into the theater, don a VR headset and interactively “tour” a laundry operation, including industrial, on-premises, textile care, multi-housing and vended operations.

Besides all of the products that could be viewed and studied and even purchased, attendees had the opportunity to attend 23 educational sessions (more than 30 hours) during the show.

Topics covered a broad range of interests to the industry, from family business dynamics and OSHA compliance to contracts and linen handling.

Buik had a special interest in the topic, being a third-generation owner with children getting involved in the business.

“It’s interesting, the dynamics that come together with a family business,” he says. “It’s important to not only have a strategic plan for the business, but also the family.”

Besides all of the opportunities on the show floor and in educational sessions, several vendors, along with industry associations, hosted evening receptions for operators, distributors and members at various Las Vegas hotspots after hours during Clean ’17.

Some of the Vegas locations that hosted events included Drai’s Beach Club at The Cromwell Hotel & Casino, the Keep Memory Alive Event Center and at the top of the Stratosphere.

“It’s the biggest show in 10 years, and there’s a lot of energy on the floor,” says Buik. “People are buying capital equipment. The industry is extremely healthy.”

“This year’s edition had a record number of exhibitors and attendees,” says John Riddle, president of Riddle & Associates. “We’ve had a great time.”

Riddle says that the dates for the 2023 Clean Show have not yet been finalized. Potential sites include Orlando, Fla.; New Orleans; and Las Vegas.