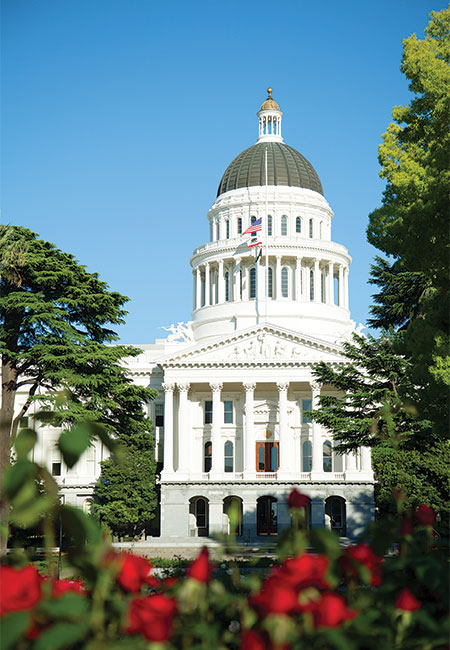 The legislation, AB 2679, sponsored by Assemblymember Patrick O’Donnell (D-Long Beach), will give operators flexibility in processing healthcare linens to use lower wash temperatures and shorten the wash time.

Previously, the Title 22 code prescribed laundering healthcare linens in 160 F water for a minimum of 24 minutes. However, due to advances in chemical technology and improvements in the mechanical action of the laundry process, linens can be processed at a lower temperature and less time while still being safe.

The original version of AB 2679 simply required the California Department of Public Health (CDPH) to update the Title 22 regulation, allowing for flexibility in the laundering process by Jan. 1, 2020. However, throughout the legislative process, the bill was amended to a better outcome for laundry operators, shares TRSA.

Instead of waiting for the CDPH to rewrite the regulation, healthcare linen processing will be tied to the processing standards of the Healthcare Infection Control Practices Advisory Committee (HICPAC), TRSA says. The flexibility to decrease temperature and time will occur much sooner.

“This bill is a great opportunity for the healthcare sector of the linen, uniform and facility services industry,” says Kevin Schwalb, TRSA’s vice president of government relations. “Operators will soon have flexibility in laundering healthcare linens. The final version allows for much quicker implementation of the flexibility than the original language.”

More specifically, the new law would, on or before Jan. 1, 2020, require each general acute care hospital and acute psychiatric hospital, including those facilities that use a medical laundry service provider, to adopt and implement a linen laundry processing policy that is consistent and in accordance with the most recent infection control guidelines and standards developed by the federal Centers for Disease Control and Prevention (CDC) and the federal Centers for Medicare and Medicaid Services (CMS).

“Jan. 1, 2020, is the deadline for developing new laundering policies,” Schwalb says. “The sooner facilities can adopt new policies, the sooner operators will have flexibility in processing linens. This would not have occurred if it was not for those individuals that took time out of their schedules to attend the California Legislative Conference to tell the industry’s story.”