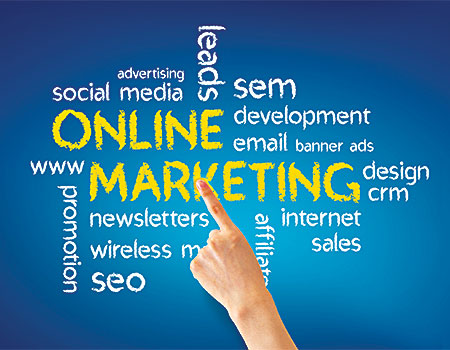 LAS VEGAS — Laundry and linen service operators may think that online and social media marketing isn’t all that important for their businesses.

“Almost half of business-to-business (B2B) contacts are now millennials, and everyone knows where millennials are: They’re looking at their phones,” he says. “They aren’t using mobile devices like older folks.”

Wile says the millennials are researching on their mobile devices while at work—looking at what’s available, pricing, what companies have to offer and, ultimately, contacting them. He says these B2B buyers are influencing purchasing decisions for laundry and linen customers.

When it comes to marketing online for B2B, Wile says there are two different types: inbound and outbound marketing.

“The most effective form of advertising today, and we have a lot of data to prove it, is inbound marketing,” he says. “When people are looking for service, they find you. In a business like ours that’s contract-based, that’s when you really need to be speaking with them—when they’re about to make a decision, when they’re looking for companies, when they’re upset with their vendor, looking for pricing.”

When a company contacts a laundry for information, Wile says the chances of closing the deal are somewhere between 15 and 40%.

“Whether you’re an industrial company, a linen rental company or COG laundry services, to be able to close that kind of percentage of those contacts, those contacts are very, very valuable,” he says.

Both Google and Microsoft have search advertising campaign options, according to Wile. When a potential customer is looking at a search engine results pages, it’s generally broken down into three sections: paid ads, organic listings and local listings.

“All the major advertising platforms online are very sophisticated,” he says. “They run on algorithms and rely on companies or agencies to manage. Google wants to give you the best possible result so you always use Google.”

These online advertising campaigns are pay-per-click, but many online advertisers make a big mistake, Wile says. The mistake? Not setting up keywords that will trigger the ad.

“Google is happy to take your money,” he says. “When you set up your account, you have the opportunity to select your keywords. Who do you want to target? You have the option to set up when this keyword could possibly trigger your ad.”

Wile says that for each of the keywords, an advertiser sets a “bid.” The bid is the maximum amount they are willing to pay for a click.

He goes on to say that there are four main match types. The first is broad. Broad is when an advertiser enters a keyword to Google to start advertising under without quotes or brackets.

The second match type is exact matches. Wile says this means the term has to be exactly entered into the search engine by the customer. It has to be “industrial laundry service”—nothing before, nothing after and nothing in-between.

Third is phrase, which Wile says is his favorite because it gives advertisers latitude for different words to trigger the ad.

“But it’s also fairly controlled,” he says. “[The search] has to have the phrase, but you can have words before and after and in-between.”

The final main match is modified broad. Wile says this match type is a way to control broad triggers, but it’s not used as much as the others.

“Before, when you used to run ads, they would generally run under three categories: linen supply service, linen rental service and commercial laundry,” he says. “Today, people have the ability to enter exactly what they think about. The great thing about this life is we all think differently. The bad thing for marketers is trying to weed out queries that are not relevant, we don’t want to pay for them, and to target as many possible relevant queries.”

Wile says the great thing about Google and Microsoft is that an advertiser can run a report at any time to show exactly what search terms were paid for—exactly what triggered the ads.

Wile then brought up something many advertisers don’t consider in online advertising: negative match types. Basically, these are search terms that trigger an ad but aren’t from potential customers.

As an example, Wile brought up the recording artist Shakira. She released an album called Laundry Service, and many people went online searching for the album or a song off the album, or even lyrics. Because the search terms entered included the words “laundry service,” many ads for laundry and linen services were triggered. However, these weren’t potential customers, obviously.

Those were negative match types, and advertisers don’t want to pay for those, Wile says.

“Without negatives, your ROI for running a campaign will go from really good to really poor,” he says. “Add a list of negative keywords to not pay for. ROI as you continue to optimize your ad account will continually increase.”

In all of these advertising campaigns, laundry and linen companies are also able to target geographic areas, Wile says.

“This is really useful in this type of business, because you’re really only able to go where your trucks are,” he says. “You can go a certain number of miles from your plant. You’re able to target only people in that area, and you’re able to exclude everyone else.”

After putting the previous four secrets to work, getting people a company wants as a customer to the website, Secret No. 5 comes into play: a website that works.

“If you get them to your site, and it doesn’t load, loads slowly, not optimized for mobile, the navigation isn’t easy to understand—we see this all day long in this industry—they’re not going to contact you,” Wile says. “You might as well have not gone through the advertising process to begin with. What good is it to spend money to get somebody interested in your product and then they don’t contact you?”

He says laundry and linen companies have to optimize their sites for mobile, engagement, calls and forms that are easy.

“Give them what they want, and don’t make them think,” Wile says. “Make it a ‘brainless’ process. Many customers are smart, but how busy is everybody? If you don’t keep it simple, they’re going to get distracted or they’re not going to wait, and they’re gone. Maybe that visit was worth $2,000 a week over the next five years and you renew them twice. Big money. You don’t want them walking because your site’s not loading properly or your phone number’s not easy to find.”

Design is subjective, he says, but there are certain things everyone can agree on, like being able to see a phone number easily. Wile also says that his company has conducted tests and found that shorter forms result in more submissions.

“The less that you ask for, the more that you get,” he says. “Nice and simple, a couple radio buttons, like existing customer, one or two variables—what’s necessary.”

Everybody has heard of search engines, Wile says, and everybody knows the primary social media. However, a lot of people don’t know that there are many websites that are what the old phone books used to be: directory listings.

“There are about 60 major publishers,” Wile says. “It’s not just for people who are going to these sites, but all of these sites get indexed with Google, with Bing, all the search engines.”

He says it’s important for laundry and linen services to be listed on these sites (e.g., www.yellowpages.com, www.whitepages.com, www.superpages.com) for local presence and brand image.

Of utmost importance, Wile says, is for the information to be accurate.

“You want to tell these websites what you want them to show, otherwise they just scrape the Internet and publish whatever they can find,” he says. “Having all of this pushed live with up-to-date, fresh content, with what you want it to display, is really important.”

Wile says there is another impact from directory sites: search engine optimization (SEO). He says that all of these websites have links back to a company’s site. Links back to the site is a component of SEO and increases the actual ranking of a company’s website on a search engine.

After a company has the first six secrets up and running, Wile says the seventh is a bit “next-level.” He says Google, Facebook, LinkedIn and other sites have the ability to put a piece of code on a company’s website which, when a potential customer goes there, sends information back to the publisher.

“Then, you’re able to use that visit in future targeting or in future bid adjustment,” he says. “It’s very powerful. The ROI is very high. It should be running on all your sites, even if you’re not doing anything with it today, because if you decide to do it in four months, you already have the list. You can target down to many different levels. The more information you provide these systems, the greater your ROI.”

Content is really important, Wile says. It’s important to “think outside the box” when it comes to marketing efforts.

“Depending on the size of your company, you’re going to have in-house folks or an outside agency to help you with this,” he says. “Photos, text, new pages, blogs, they increase the scope of your marketing success.”

When it comes to social networks, Wile says, “Don’t just tell your friends.”

The real power for B2B on social sites comes within the advanced opportunities those sites provide in their advertising platforms.

“For example, LinkedIn has ‘geotargeting,’ the ability to target industries and executive-level people, company size—a relevant audience to show ads to,” he says. “Facebook has resources to target companies, industries, people that like certain things on Facebook, as well as geography.”

Wile recommends continuing to grow the scope of social pages through “likes” and “friends,” but the real success for laundry and linen companies is having the control inside the advertising platforms.

“Before, you’d have a page, post content and people would see your content,” he says. “Great, I can just advertise for free on Facebook, this is great! Not anymore. They have hundreds of thousands of people waiting in line to pay for this.”

One of Wile’s favorite quotes is: “It’s better to be ridiculous than to be boring.”

In the laundry industry, to come up with fresh content, companies have to get creative, he says.

“Yes, it’s more laundry talk, but don’t be the same old song. Don’t be, ‘Hey! Check out our stuff! We’ve got air fresheners now!’ Who cares? There’s no limit to the creativity you can do. If you have a really good designer, it makes it that much better.”

It’s no secret that automation is growing in the laundry and linen industry, but Wile says many might not know that online and social marketing can be automated as well.

“There are some really great tools that are a fraction of the cost that will save you labor through automation,” he says. “These tools can make the apps you use every day talk to another. If this happens, then that happens. A programmer isn’t needed. Information is entered into Sheets, QuickBooks, e-mail marketing campaigns. They sync with Dropbox, Google.”

The world of marketing, sales and IT are no longer separate departments, says Wile. These departments have to work together in a laundry and linen company.

“The sales team needs the support from marketing. They need quality leads; they need activity. Marketing has to generate that for them,” he says. “The sales team has to support marketing by entering all the information into the databases, the CRMs for e-mail campaigns and future follow-ups. And IT needs to be able to put it all together so marketing folks are able to turn it into actual data, and the circle continues.”