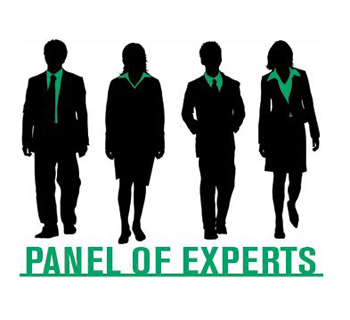 “English is a second language for some of our workers. In what ways could this language difference impact our laundry operation? What resources are available to help me tackle language or communications problems within my staff?”

English is tough to learn and understand. However, in my experience, the spoken English language has not been an issue. I have experienced a language barrier of another sort—concerning the deaf and mute—where an individual was unable to hear what I was saying or to communicate by speaking. This posed problems in certain areas, and trying to convey a message proved to be challenging at times.

What can someone do in this situation? I learned sign language through an interpreter over the course of six months to better communicate with my staff.

We also spoke through messages on a computer system using two connected laptop computers to type and read messages in real time; this service was provided as a courtesy by the West Virginia Division of Rehabilitation Services. It was effective if we were having a meeting and could not have an interpreter available at that time.

Employees were also given training manuals to read over so they could get the basic functions of the position. We then gave them hands-on training so they could acclimate quickly.

For our efforts, our company was honored as “Employer of The Year” in 2012 by The West Virginia Department of Human Resources, Rehabilitation Services Division. It was a great honor and privilege to be recognized.

English cannot always be spoken, but there are other ways to communicate. Managers and co-workers have to have an open mind when dealing with language barriers and adapt accordingly.

With regard to equipment, the impact starts and ends with employee safety, and brings into play all of the aspects of this topic in between.

Looking at OSHA code 1910.145, paragraph (c), it’s clear that employees must be trained on and made to understand the hazards referred to on safety signs of machines, regardless of what language they speak and understand. This OSHA code now gets matched with ANSI code Z535.4, which explains the proper formatting of safety signs on equipment to include key signal/international words and pictures.

Another issue operators face is elimination of the “grandfather clause” referring to existing equipment in a facility. For existing equipment and equipment being sold in the pre-owned market, the codes clearly state that if equipment is moved from its original installation location, the equipment must be brought up to all current safety components and signage. Secondly, if a piece of equipment is rebuilt or refurbished by the OEM (original equipment manufacturer) or a non-OEM rebuilder, the safety components and signage must be brought up to current code.

With these obligations now in place, when looking at the purchase of a pre-owned or rebuilt piece of equipment from a non-OEM rebuilder, due diligence should be taken to ensure the equipment meets the ANSI codes. For existing equipment in a plant, if the OEM is still supporting a particular piece of equipment, they can be contacted to see if safety labels are available for the equipment.

Once the ANSI codes are met, it is now time to tackle the OSHA codes regarding employee training. The OEM may be able to provide assistance in this arena as well. If they are ISO-certified, they probably have formal and documented training protocol established and can be retained to provide such. At the plant level, seeking out bilingual employees to have them take part in training classes can work well and help reduce the cost of training employees.

From there, if bilingual support is needed for training activities, local colleges and universities may be able to provide a lower-cost service than dealing with a private party. What is important with all training activity is that the scope of training is clearly documented and retained, that the employees’ specific signatures are retained to show that they received and understood the training, and that the training is conducted on a regular basis.

This is a tough subject, and although the question is posed in a politically correct manner, it is ignoring the elephant in the room. It’s the new face of America! The language is Hispanic, the people are Hispanic. Some are in the country illegally, many are not. The issue as presented is one of communications. My personal feelings regarding the immigration laws are irrelevant, my opinions for my clients are based on getting the job done, nothing more!

Hispanics are a welcome and needed workforce. They’re exceptionally hard-working and industrious. They will do what the entry-level English-speaking jobseekers will not do. Their work ethic is reminiscent of that in the stories told by the old Irish, Polish and Italians who came to this country in the early 1900s for a better life. Let’s face it—if there wasn’t a need, they wouldn’t have come here.

The Spanish-speaking workforce is estimated to be more than 75% of the production employees in today’s mid-sized and mega plants located in populated areas. That being said, one of the methods that has been proven to successfully assimilate this powerful workforce into the system is to let them have some control.

The most successful plants have a bilingual supervisor or plant manager. These trusted bilingual leaders will take control of the staff and, under the direction of the owner or general manager, direct the people. These leaders, when instructed properly, will organize their people, put the right people in the right jobs and protect you from the usual problems seen on the production floor.

They will not only direct, discipline, fire, replace and do anything that is required of them, they will get the job done. These people are self-motivated and self-disciplined. This approach is extremely effective and successful in plants just like yours across the country. The Hispanic people, as a whole, take great pride in their work and want to get the job done right. They will work 12 hours a day and longer if needed. They expect others to work as hard as they do and will take each other to task if they don’t produce.

Upper management must be fully aware of laws regarding the employment of any people who may be in question. It may surprise you to actually see how easy it is to comply with the law.

Communication among workers is key to running a successful laundry. If multiple languages are being spoken in a laundry room, it is important that the entire team understands the processes for running the laundry, regardless of the language being spoken.

Management needs to be sure that its team understands what is being expected of them as far as production, and that any language barriers are addressed before work begins. If there is a clear understanding of the tasks at hand, then any potential issues that might arise due to a “language misunderstanding” will be mitigated.

On the equipment side of things, manufacturers like Laundrylux have recognized that there are many people who speak multiple languages. Equipment that can display wash instructions in multiple languages can help to prevent potential problems in the laundry room.

Laundry rooms can display rules and regulations in multiple languages as well. This allows all members of the laundry staff to have similar understanding of the procedures in their workplace. Breaking down any language barriers is key to operating a safe and efficient laundry.

This is a timely, yet difficult topic to express an opinion about. I think it not only affects us in our work environments, it affects us in many other situations.

I called my bank several weeks ago and it took me forever to understand what the “customer service” person was saying to me, and she, likewise, had a difficult time understanding my inability to get my thoughts across to her.

As I was mumbling to myself, I remembered when I was in Germany trying to tell the lady in the “Apotheke” (they don't use “drugstore”) that I needed something similar to aspirin, and the shoe was on the other foot.

I am reminded of one of my VA laundry manager friends who told me about having several people who worked for him who all spoke different languages. He had three language groups to deal with, and two of those three did not speak a common language. He worked hard at learning how to talk to each of them in their native tongue. Then he helped them learn some work-related terminology so they could do their job.

I sat one afternoon in the lunchroom with all of them and listened to the chatter between half of the laundry. Everyone was speaking his/her own language but at the same time understanding what the others were saying.

After lunch, I told him I didn’t understand a word that was spoken, but I did pick up on when to laugh along with the rest of the crew. He chuckled and told me they were laughing at me. Why? Because my head was turning from side to side as I tried to be a part of the discussion and they were telling each other I didn’t know what was going on.

I admire my laundry manager friend for working so hard to learn enough of the other three languages to be able to communicate with the people who work for him. I know I am wrong in not doing the same. I still only speak English. However, I am working on learning a second language.

So if anyone wants to speak a little German to me, please do, but I only have a few words down pat. Wo ist der Getränkeautomaten? Wo ist die Toilette? That’s the best I can do, but I am working on it!