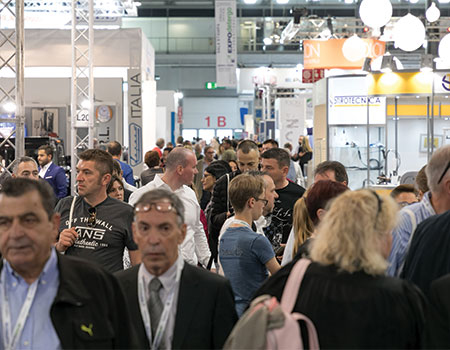 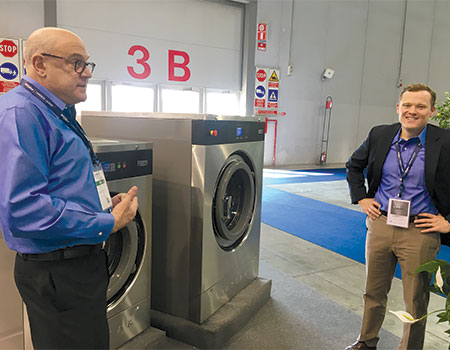 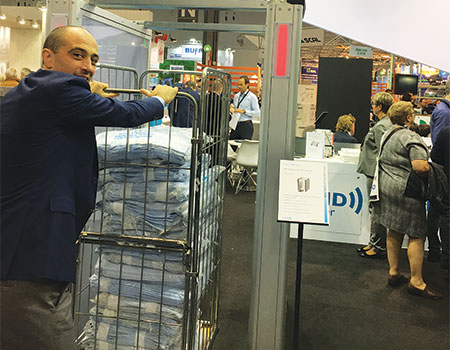 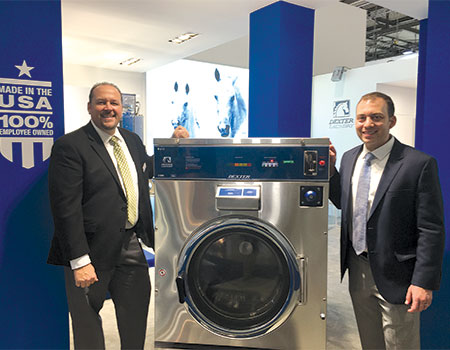 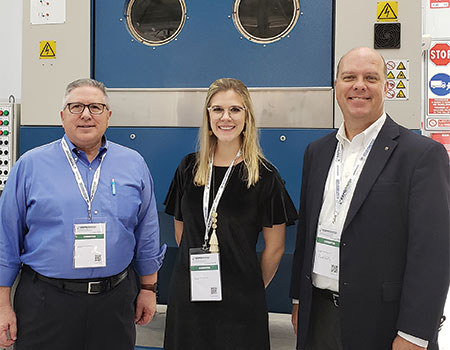 EXPOdetergo International 2018 hit all the right laundry ‘flavors’ with attendees

MILAN, Italy — EXPOdetergo International 2018 was all about “famiglia,” and that means family. It was a real Italian family affair for laundry owners at this every-four-years show, staged here October 19-22.

This laundry equipment event was, in no particular order, stylishly dressy, brightly lit (almost to gleaming) and, yet, with an overwhelming family atmosphere, nearly carnival-like.

Booths and aisles were always busy with exhibitors talking to attendees, practically always in Italian, and also plenty of networking was going on between business associates, cronies and partners at in-booth back tables and side rooms.

And then in the mix, everywhere, were the family business owners, with their children along, balloons and gelato in hand, and parents pushing strollers; couples hand-in-hand; and multigenerational families taking in the bright show.

EXPO catered to the local Italian family owner for sure. In between the carnival feel, there were important equipment rollouts to the European market, ones that will eventually also be seen at the Clean Show in New Orleans.

The stylish EXPO locale sat far north of the center of Milan, an architecturally rich, yet upbeat city of fashion.

Inside the exhibit halls, equipment was showcased as richly as dishes of cold gelato on display behind glass.

A woman who owns a laundry operation in a town nearby Milan, walking the aisles with her family, says in broken English that she is, “Here to find a tunnel washer.”

With Italian colors of red and green festooned everywhere, almost everyone speaking Italian only, and the sounds and smells of rich expresso (which the locals just step up and order at coffee bars as “Cafe, uno!”), this show couldn’t have been mistaken for anything but an all-Italy and all-Italian affair. (Anyone sampling the rich gelato ice cream could attest to that as well.)

All told, 277 exhibitors, many local from Italy, stretched out their wares in roomy, carpeted booths across two spacious exhibition halls opened up and made to almost feel like one big hall. Over four days, 20,756 visitors from 113 countries made their way through exhibits in the Fiera Milano Exhibition and Trade Centre.

Well-known U.S.-based companies such as Dexter Laundry, Pellerin Milnor Corp., Whirlpool Corp. and more were here, along with the Italian firms and others, to show equipment, but also to have a presence in the European market.

Rick Kelly, vice president of sales and marketing for Pellerin Milnor Corp., says this show is, “Very active with the first day commercial laundry. Trends in commercial laundry include people discussing ecological and automation which is still a relatively new concept.”

“We want to make RFID invisible to the user,” explains Riccardo Mazzolini, general manager of Datamars. “We’re rolling this out here and at Clean ’19. We go to mostly laundry. We’re pilot testing it in Germany now and soon in the U.S. and U.K.”

With that teaser for next year, I could end this show wrap-up with the word “Ciao!”

Which means goodbye. But that doesn’t describe EXPOdetergo, or this part of the world, where everything revolves around famiglia—it is, truly, a family affair.